Many of us in the global anti-corruption and transparency communities were lucky enough to convene at the Open Knowledge Festival in Berlin last week. Money, Politics and Transparency took advantage of the gathering and held a session dedicated to inspire more work on political finance transparency and to begin to answer some of the hard questions around the topic. We think we were successful.

We started with a “speed geeking” session, and credit must be given to our fabulous line-up of speed-geekers who demonstrated their projects in four minute increments (two minutes to explain the project and two minutes to answer questions). The large audience that attended the Money, Politics and Transparency session was inspired by: Anne Muigai, Open Institute, Kenya, on Open Duka; Sandor Lederer, K-Monitor, Hungary, on the Hypocrisy Campaign; Kamil Gregor, KohoVolit, Czech Republic, on the Reconstruction of the State project; Lindsay Ferris, Sunlight Foundation, U.S., on Influence Explorer; Felipe Alvarez, Fundacion Ciudadano Inteligente, Chile on Who if Financing You and Mathias Huter on the Political Finance Monitoring Project of Transparency International Georgia. Each presenter demonstrated that, despite having vastly different access to influence information (most having very little), advocates can still find ways to educate and inform citizens and begin the process of demanding more disclosure of political finance information in the future.

After the whirlwind (and hot!) speed geeking sessions concluded, we broke up into small groups to brainstorm about the following issues:

Thanks to Alan Hudson of Global Integrity, who took amazing notes on the OKFest etherpad during the session, we can share some of the answers to those questions.

Participants were inspired by K-Monitor’s example of how to force political finance information out in the open, where none existed before. There, political expenditures were calculated using outside information, forcing politicians to verify estimates and demonstrate evidence about their spending. Sunlight’s own Political Party Time also demonstrated how sources can be persuaded to share information — in this case, invitations to fundraisers — that provides insight into the world of political finance.

There was broad agreement that disclosure should include detailed information about political contributions, including identifying donors and recipients, and that it should be made public online. There was also agreement that any release of political finance data must be coupled with a healthy dose of skepticism. Any data that is released should be cross-referenced and verified. As to the issue of whether voluntary strategies should be pursued until real reform is enacted, the group expressed caution about endorsing “half-baked” efforts that might not continue. 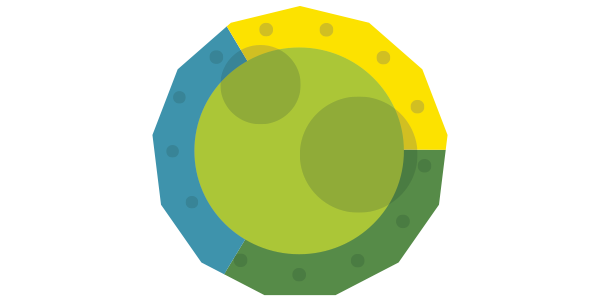 If you haven’t already done so, follow @MPTransparency on Twitter and join the Google Group for even more political finance transparency news and information.

Journalists are critical to making political finance information public. Groups interested in transparency of money in politics can help reporters do their jobs by helping to identify individual donors who can be interviewed about political donations. Groups and journalists can also work together to estimate the costs of campaigns and follow up with parties and candidates to have them confirm or deny the estimates. Awards could be provided to whistleblowers in order to encourage those with information about party or candidate finances to come forward. Finally, reform organizations should engage in outreach to journalists to educate them on the value of open political finance information, resulting in reporters joining the fight for more information.

Engaging average citizens as well as groups that advocate on different issues will be important to a political finance transparency effort and there are overlapping strategies to encourage the involvement of both. In the short term, efforts should be made to ensure that citizens can understand political finance information and that they grasp the link money in politics has to their own lives, including its potential impact on their neighborhoods, healthcare, education etc. Relationships with individuals inside government should be developed in an effort to encourage reform from within.

Longer term, the interest in money in politics should be fostered at an early age. In Italy, for example, school children were assigned to monitor the use of EU funds. A similar approach could be applied to party finances. Finding high profile advocates — artists, musicians, television or movie stars — could also help spread the message.

Our final group discussed concrete advocacy strategies for reform. It was agreed that corruption scandals can spur reform and that groups should be ready to act when the next big scandal occurs. But, scandals aren’t the only route to reform. We need a systemic effort for a cultural change and constant, pro-active action to make the case for new political finance transparency laws.

To answer both old and new questions, we will in the coming weeks start a conversation on each individual question on the Money, Politics and Transparency Google Group. If you haven’t already signed up, we urge you to become a member by signing up here. And don’t forget to follow us on Twitter at @MPTransparency and use the #MPTransparency hashtag when you tweet about political finance developments in your country.

The global conversation on Money, Politics and Transparency is off to a great start. Let’s keep it going.