Women are underrepresented in Congress in more ways than one, a new analysis by the Sunlight Foundation finds: Of the more than 5,000 witnesses called to testify before committees of the U.S. House of Representatives during the current congressional session, fewer than one quarter have been female. The findings come courtesy of data recently made available by the Clerk of the House, which Sunlight is providing in developer-friendly format via a newly expanded Congress API.

As of Sept. 1, Sunlight identified 5,575 witnesses who have appeared or are scheduled to appear before House committees during the two-year session of the 113th Congress that ends Jan. 3. According to our analysis, only 23 percent of those witnesses are women. Women make up nearly 51 percent of the U.S. population; of the 435 voting members of the House, just over 18 percent are women; in the Senate, the figure is 20 percent.

For purposes of our analysis, Sunlight focused on witnesses appearing before House committees because the Senate data is not in a format that is easily accessible for analysis. 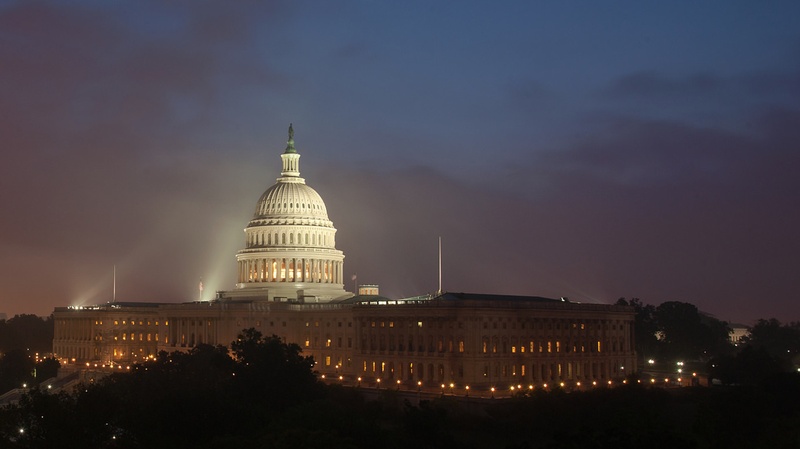 While Congress was on recess, we were hard at work improving our Congress API! Explore the new data and added features here.

Sunlight’s findings on the disproportionate number of male witnesses illustrate the value of making such data available in an easily digestible format: It reveals patterns that otherwise might be hard to discern. While there has in the past been anecdotal evidence of the predominance of male voices addressing members of Congress, the data enables us to show that this is a systemic phenomenon. The disparity in the number of male and female witnesses is significant because so much of the work of Congress goes on in committees and subcommittees.

This week alone, for instance, there are 15 committee and subcommittee meetings scheduled in the House. The Congress API recorded more than 2,400 hearings in the 113th Congress. The panels are where lawmakers get to hear from and question the expert witnesses whose testimony helps shape the legislation that makes it onto the House floor.

Not surprising but “disappointing” are how Sunlight’s findings were described by Deborah Tannen, a Georgetown University scholar who has written extensively about the differing ways men and women are perceived and heard in the public sphere. Tannen also wondered how often women witnesses are called to testify as experts and how often to tell personal stories related to legislation. “We shouldn’t be satisfied until women are represented in positions of authority in proportion to their representation in the population,” she said.

Proportionally, the House Committee on Agriculture heard from the fewest female voices, at 13 percent. The Committee on Education and the Workforce, on the other hand, heard the most from women: 40 percent of the panel’s witnesses were female.

Sunlight determined the gender of House witnesses by:

We extracted witness names in the course of enhancing our Congress API, which will provide enhanced offerings on hearing information and congressional documents. A more reliable method of determining the gender of witnesses would, of course, be to have them self-identify and make this information available to researchers via the House Clerk’s data offerings.

While our list of House witnesses is the most comprehensive available, there likely are some holes in the data; some web links to House hearings in the current Congress are broken, making it impossible to extract the data. However, Sunlight believes it has compiled a roster of the vast majority of witnesses appearing before the House during this session of Congress.

See full data and the code to create this story here and our data, with the full names of witnesses, a guess for their gender, the probability of the guess, the date the witness appeared, and the witness’s organization. You can also view the code used for this analysis on GitHub.

This effort was made possible by the improved offerings on the House Clerk’s digital Document Repository.