In a move that could make it easier for the public to identify who’s behind TV advertising aimed at influencing elections and legislation, the Federal Communications Commission on Thursday proposed requiring cable and satellite television providers, as well as radio stations, to begin posting political ad contracts online.

The FCC’s notice of proposed rulemaking, which would expand a two-year-old online database of ads purchased on broadcast stations, comes in response to a request by the Sunlight Foundation, the Campaign Legal Center and Common Cause. The organizations are represented by the Georgetown University Law School’s Institute of Public Representation.

It could add tens of thousands of radio stations and hundreds of cable systems to a database that gives journalists and the public detailed information about the spending, target audiences and principals of committees trying to influence public opinion.

Feds paid $30,000 to get data that should have been available at FCC 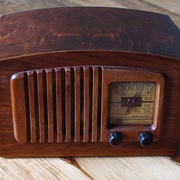 One federal office couldn’t get the data it needs from another and spent $30,000 of your tax dollars as a result. Read more.

In its 51-page notice, the FCC agreed with Sunlight and its allies about the public benefits in making political ad buy information available online. “Adding cable, satellite television, and broadcast and satellite radio political file material to the existing television online database would facilitate public access to disclosure records for all these media and allow the public to view and analyze political advertising expenditures more easily in each market as well as nationwide,” the commission wrote.

There will also be benefits for radio and TV providers as well as the taxpayers, the FCC document argues: “By taking advantage of the efficiencies made possible by digital technology, we intend to make information that cable and DBS providers and broadcast and satellite radio licensees are already required to make publicly available more accessible while also reducing costs both for the government and the private sector.”

Publication of the notice in the Federal Register launches a 60-day period during which the public can comment on the proposed regulations. The FCC is proposing a phased-in approach, with larger stations and cable providers on a faster timetable to begin posting online. The smallest outlets — those with audiences under 1,000 — would be exempt from the online posting requirement. Sunlight favors the speediest possible implementation of the rule, so that the maximum amount of information will be available to the public in time for the 2016 elections.

In 2012, the first presidential election following the Supreme Court’s landmark Citizens United ruling, Sunlight built two tools, Political Ad Sleuth and Ad Hawk, to help track the enormous sums of money that outside interest groups began spending to influence political campaigns. In the 2014 election cycle, outside committees and organizations spent more than $1.1 billion, compared to some $3 billion in expenditures by candidates and political parties, according to data compiled by Sunlight’s Real-Time Federal Campaign Finance tracker.

But outside interest groups spent more than all the candidates combined in 28 House and Senate races this year. The Wesleyan Media Project has estimated that TV ad spending topped $1 billion in 2014’s congressional and gubernatorial races.

Since July of this year, all of the nation’s nearly 2,000 broadcast television stations have been required to post their political ad contracts online. But political advertisers are increasingly turning to cable. Currently, anyone who wants to look at those ads has to go physically to view them at a cable provider’s billing office during their business hours, greatly limiting the accessibility of the information.

Another section of the FCC brief requests suggestions on how its database can be made more accessible to consumers. The Sunlight Foundation has consistently advocated that filings be required in electronic, machine readable formats for improved accuracy and ease of data analysis. Currently, broadcasters use non-standardized, PDF forms (essentially, images), which require laborious data entry for analysis.