We’re going to dive into the web of financing for all of the presidential candidates, but as we have looked into several Republican candidates already — like Ted Cruz’s plethora of super PACs and Right to Rise’s pro-Jeb Bush advertising — we’re going to start this exercise over on the Democratic Party side with Hillary Clinton.1

We’ve also delved even deeper into the Clinton money network, covering her campaign’s web of dark money allies. But for now, let’s get started!

Players you should know

To start with, here are the names you need to know and how they fit under our current campaign finance system.2

Now that you know who is involved, here’s the story we know right now of the money backing Hillary. It’s rather lengthy so in this post we’ll cover Ready for Hillary, Ready PAC, and Priorities USA Action. We’ll be looking at the rest later in the week.

First of all, it’s important to point out that the Hillary Clinton political fundraising machine started a full two years before she declared she was running for president. (At least, the one actually associated with her name did.)

On Jan. 25, 2013, Ready for Hillary formally organized by filing paperwork with the FEC. Clinton was directly involved with the super PAC at that point — you may remember the “Ready for Hillary” bus? Clinton was promoting her new book “Hard Choices” at that time (much like Ben Carson is promoting his book “Gifted Hands” now) and doing speaking events around the country.

While most of Ready for Hillary’s spending was what you would expect, one did catch our eye: $359 for Camp Bow Wow in Las Vegas. Guess somebody’s pet needed some boarding!

Some notable donors during that time include billionaire Warren Buffett ($25,000) and Patricia Hoppey, the founder of direct mail marketing company Pivot ($60,000).

On its website, 270 Strategies documents its involvement in Ready for Hillary and offers it as case study in “tapping into organic grassroots energy around a potential Hillary Clinton presidential run.” It notes various steps taken during the 2014 campaign to “get out the vote” and to recruit volunteers to create “a movement nearly 4 million strong.”

On April 12, 2015, Hillary Clinton announced her intention to run for president, and Ready for Hillary evolved into its next iteration — Ready PAC — which we’ll discuss further below.

After her announcement, funds poured into her candidate committee, Hillary for America. In fact, since her announcement, her PAC has raised more than $77 million dollars from 84,741 different transactions. So far, it has spent $44 million of that, including $4 million in online ads with the firm Bully Pulpit Interactive as well as $3.3 million in media buys and $5 million in direct marketing.

The Washington Post did a fine job recently of breaking down the complexities and the money involved in the Bill and Hillary campaign fundraising efforts. So for this part of our post, we’ll refer you to their excellent and extensive work.

Some notable donors to Ready PAC include:

There are also two notable receipts from other super PACs: Priorities USA Action ($150,000) and American Bridge 21st Century ($150,000), both super PACs supporting Hillary Clinton’s 2016 run. This is where things start to get interesting.

Priorities USA Action filed paperwork with the FEC on April 28, 2011. You may remember this group as the super PAC supporting Obama’s 2012 run; it has now evolved to support Clinton in 2016. So far in this election cycle, its independent expenditures have focused primarily on supporting Clinton and opposing pretty much the entire Republican field. The super PAC has raised $15,654,457 so far in 2015.

The group also received $1 million from Fair Share Action, another super PAC which was founded in 2012. FEC records reflect that Fair Share Action has received just two contributions from two 527 organizations: Fair Share, Inc ($300,000) and Environment America, Inc. ($800,000). These organizations do not have to disclose their donors, so we don’t know who is funding them. 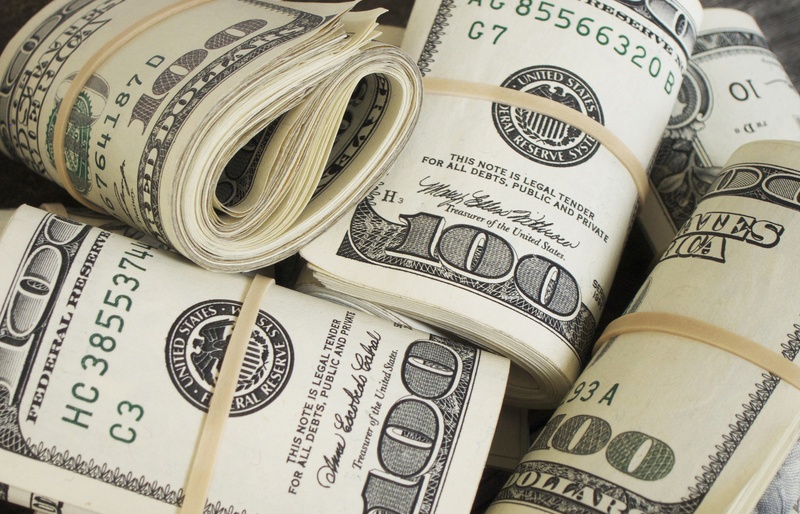 Check out Sunlight’s Real-Time Federal Campaign Finance tracker to follow the money throughout the 2016 cycle.

We also could not find donors listed on the website for Environmental America, Inc., a group advocating for conservation. For both organizations, we had to look under the disclosure on their donation page to make sure we had the right organizations. However, at least with both of these organizations we are aware of the causes they are championing.

Aside from the $1 million it bequeathed to Priorities USA Action, Fair Share Action has only made one other disbursement: $5,000 to Ready PAC. In the 2014 cycle, Fair Share Action’s independent expenditures were primarily supporting Rep. Gwen Graham, D-Fla., and former Sen. Mark Udall, D-Colo., in his failed bid for re-election against his Republican challenger, Sen. Cory Gardner.

Meanwhile, even though super PACs are not supposed to coordinate with the candidate or candidate committee, The New York Times reported this week that Bill Clinton will be making an appearance for the super PAC.

There’s more to the story

1 One caveat as we take on this endeavor: There’s an inherent problem with following the money before the election being that some of the public records needed to piece everything together aren’t available until years after the election is complete. There may be other groups that operate on the candidate’s behalf, but we’re only going to document the ones where we can find documented proof of money changing hands or interconnections between staff members. Of course, we’ll continue to post on our blog as we discover interesting things about the money being spent this cycle. (Return to top)

2 Super PACs fall under the jurisdiction of the Federal Election Commission, while 501(c)(4)s fall under the jurisdiction of the IRS. Also, “hybrid super PAC” means the PAC has two separate accounts: one account for coordinated expenses with the campaign and a separate account for independent expenditures made uncoordinated with any campaign or campaign committee. (Return to top)