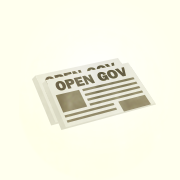 Github product manager Ben Balter has already made his feelings clear in multiple comments: the White House has missed an opportunity here. We hope that if you feel strongly about this issue, one way or another, that you take the time to weigh in before the comment period closes at midnight tonight.

On to the news!