Earlier this month, I made an appearance on C-SPAN to discuss a topic that is important to us here at Sunlight: the influence of money on our political system. It came on the heels of a great John Oliver segment about congressional fundraising which shed light on exactly how much time members of Congress spend fundraising for the next political cycle.

During the segment, I repeatedly received this question: I thought there were limits on how much you could give to a candidate, so how can some people give millions?

First of all, you’re right: There are limits to how much you can contribute to a candidate’s campaign. That’s the committee directly run and managed by the candidate. You’ll know these committees because they’ll include the candidate’s name in them. This is also how you can identify who is behind an ad. If it is paid for by the candidate, they will say, “I’m candidate X and I approved this message.” Every candidate committee has to include that on their ads.

If you’re a small donor, you’re probably giving to the candidate committee, so there is a limit to how much you can give. In 2016, that amount is $2,700 per election, but the amounts increase periodically based on factors like inflation. The Federal Election Commission (FEC) considers the primary election and the general election two different races, so you could contribute $2,700 in the primary and $2,700 in the general election for a total of $5,400 per election cycle.

So how do people give more than that? I won’t confuse you with some of the inside baseball of giving to state parties or to the political parties in general. For the purpose of this post, I’m just going to focus on the main two ways we see people channel unlimited amounts of money into a campaign: super PACs and dark money groups. 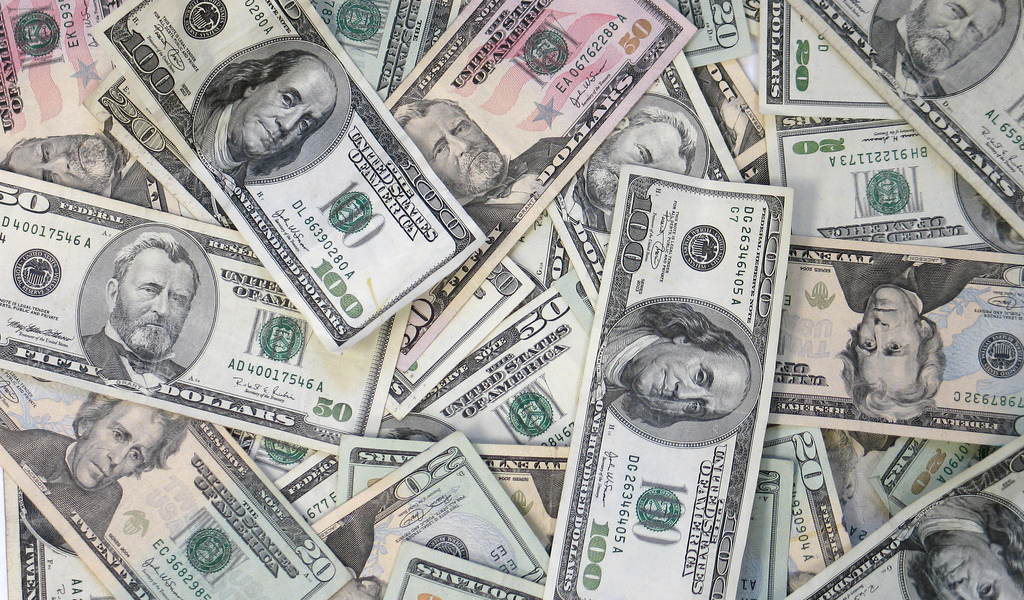 Confused by some of the terminology in this story? Check out our new campaign finance glossary to make money in politics a little clearer.

What’s a super PAC?  A super PAC is technically “a PAC that makes independent expenditures for the express election or defeat of a candidate.” What the heck does that mean? It means this is a group established to get someone elected or attack their opponents, but they are doing so independent of the candidate’s committee – meaning they are not working with them. (Though there is a lot of debate about whether that actually happens and the FEC seldom disciplines groups for “coordination.”)

Since these groups are not supposed to work with the candidate in any way, there are no caps on the amount someone can give a super PAC; however, these groups do have to disclose all of its donors. A super PAC cannot use a candidate’s name in its own identification, so if you see a political ad and it is sponsored by a group that does not have the candidate’s name in it, it’s likely a super PAC (or another outside group) putting out the advertisement.

So we know all the names of the people who are giving millions to political groups? Not exactly. If someone doesn’t want their name revealed, they can set up a limited liability company (LLC) instead; because this entity has fewer disclosure requirements, individuals can funnel contributions through it to super PACs and shield their actual name from the public. (We wrote about how easy it is to do that here.) You’ve likely heard the phrase “corporations are people, too,” which comes from the Supreme Court’s Citizens United decision. The court ruled that these LLCs can give to political campaigns because they are allowed First Amendment rights to free speech just like any other American individual (or so the decision says).

Someone could, for the purpose of an election, set up an LLC and give a super PAC a million dollars — and we would never know who that person is. We call that “dark money” because we have no way of knowing who these people are, what their intentions are, or even if they are citizens because there are no names associated with the group.

Is this the only way that dark money enters the system? No. A group could also set up a nonprofit through the IRS.

However, the IRS has this 501(c)(4) provision which allows some nonprofits to spend money on elections — if they spend less than half of their operating costs and activities on political activities. Presumably, they’d spend 51 percent or more on a charitable cause. (There are other ways around this, too — read more about “issue ads” and how they can skirt the 50-percent rule.)

501(c)(4)s were originally established for groups like the NAACP during a time when it was dangerous to have your name associated to donating to these groups. That’s why these groups are not required to release their donors, and if they do, it is typically through tax returns which are not released to the public until months or years after the election.

A couple of years ago, the IRS tried to crack down on groups who it believed were abusing the 50 percent rule and were solely set up to campaign. However, they did so in a very controversial way, searching for key terms that were clearly partisan in nature to flag those groups for further investigation. The process leaked to the public, and Tea Party conservatives were outraged over what they perceived as “targeting” by the IRS (even though there were both conservative and liberal search terms on the list).

However you feel about the process of how the IRS identified those groups, the IRS now seems unwilling to do any further enforcement on this issue. And there are certainly people who say that the IRS is ill-equipped to handle what should be a job of the nation’s campaign watchdog, the FEC.

Was this article useful for you? Were there parts that were still confusing, or do you have a different question on campaign finance that you’d like explained? Let us know in the comments below!