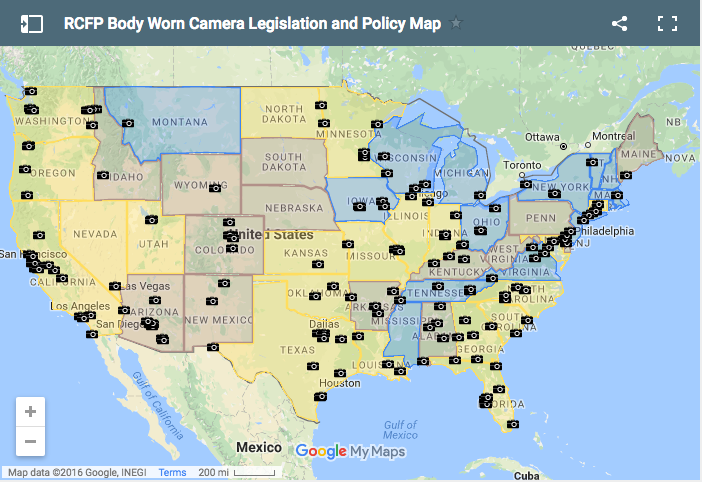 THE STATE OF POLICE BODYCAMS: We break down which states are passing legislation on police bodycams. [READ MORE] (Photo credit: RCFP)

Having the right to see police-civilian encounters depends on law made by state and local governments. Access to police video depends on public policy decisions determining what can be recorded, what can be shown and what can be legally withheld from the public.

EDITOR'S NOTE: This week’s newsletter will be produced by Drew Doggett. Feel free to send him news, ideas, data, analysis, events and feedback at ddoggett@sunlightfoundation.com or @TheDoggett.