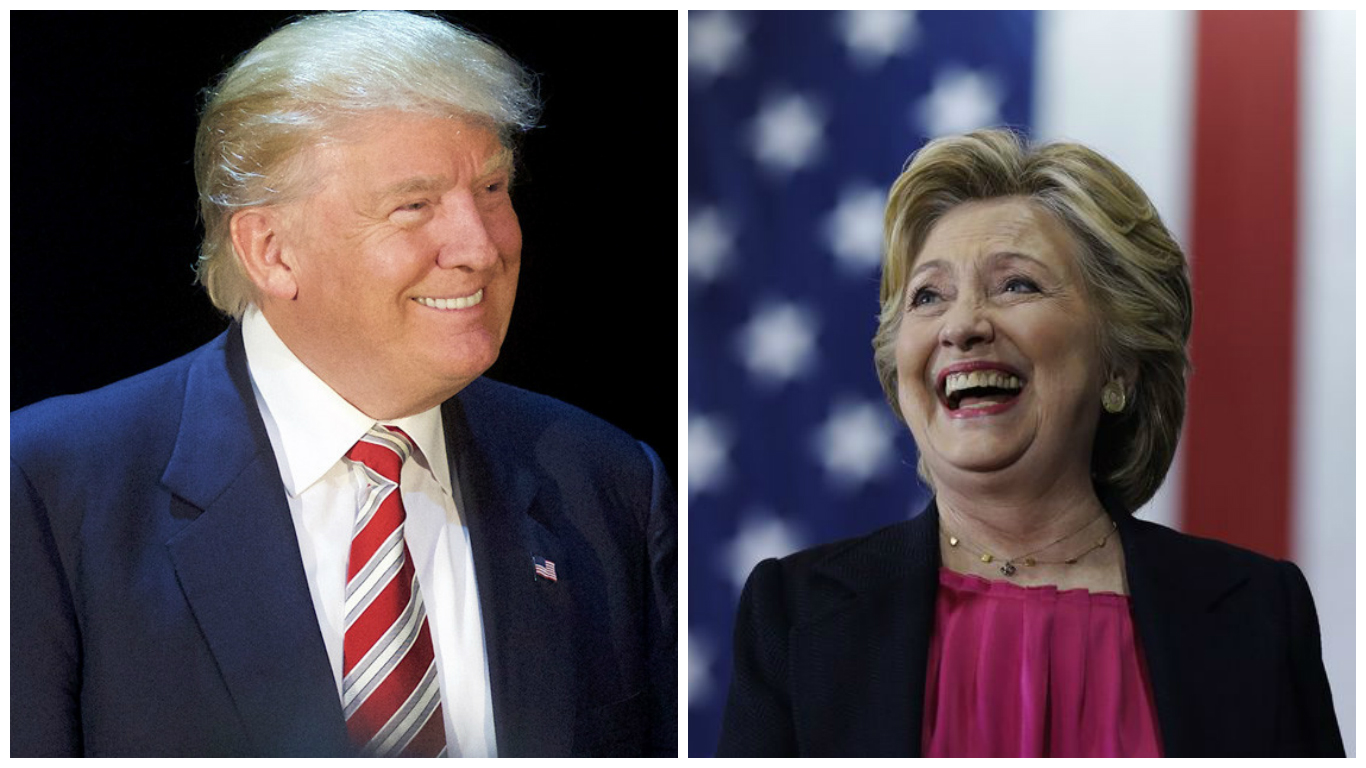 Donald Trump prevailed on Election Day, despite being outspent in local advertising by a ratio of 9-to-1 by Hillary Clinton.

In 2016, Hillary Clinton and Donald Trump approached fundraising their campaigns quite differently: While one tried to shatter the glass ceiling with unprecedented amounts of cash, the other shattered the conventions of a presidential campaign by downsizing the role of high-dollar fundraisers. Clinton was buoyed by the most successful super PAC ever and a celebrity endorsement line-up that puts the Oscars to shame. Trump’s team didn’t even begin holding fundraisers until six months before Election Day, ending up with less than a tenth of Clinton’s events. Trump’s victory over Clinton’s money machine may call into question the effectiveness of a time-consuming fundraising schedule in 2020 and beyond.

While Trump proudly proclaimed that he was self-fundraising his presidential run (which wasn’t entirely truthful), he eventually turned to six-figure checks during the last few months leading up to Election Day. But even with this late push, he ended the cycle with just 67 fundraising events.

None of the Trump children have donated to the campaign (albeit a $300 meeting expense Eric Trump was later refunded), but he did have several big-name supporters host fundraisers.

Below, explore a map of Trump’s election 2016 fundraisers; click on each point for event details.

Ending the cycle with at least 711 fundraisers — an astonishing rate of a little over 1 event per day — the former secretary of state held more fundraisers than Mitt Romney and Barack Obama held combined in 2012. With an extensive network of high-profile surrogates, Clinton deployed celebrities and fellow politicians not only across the country, but across the globe, eventually totaling more than 30 fundraisers abroad.

Below, explore a map of Clinton’s election 2016 fundraisers; click on each point for event details.

Note: The map appears expanded to include Clinton’s international fundraisers.
Chelsea Clinton hosted over 65 events and Bill Clinton hosted over 101. Their appearances sharply declined once Clinton became the Democratic nominee, but many stars and surrogates took their place. Here are some of her most notable hosts.

Additionally, dozens and dozens of former and current elected officials supported Clinton around the country and around the globe.

Overall, Clinton and her allies raised nearly twice as much as Team Trump — yet, he still emerged victorious despite this massive cash gap. In one of the most winding and unpredictable presidential campaigns in modern history, it seems the impact of money in politics is just another campaign convention that’s been turned on its head.