On Tuesday, President-elect Donald Trump fired off a tweet that quickly spread through the Twittersphere about cracking down on those who burn the flag by jailing them or stripping them of their United States citizenship. Aside from the constitutionality and feasibility of it, it’s another example of easy-to-understand, wedge-issue political tweets by the future leader of the free world — reinforcing the divide in our country instead of bridging it.

On Wednesday, he sent out several tweets addressing a larger issue that didn’t get as much coverage: the numerous conflicts of interest between Trump’s business empire and the business of the American people. The problem? These issues are complex and more difficult to fully grasp, yet they could have a vastly greater effect on the lives of Americans — which is why understanding them is so vitally important.

Why do conflicts of interest matter?

You might wonder why it’s a big deal to have an elected leader who also owns a business. To some, it may seem unfair to make a man give up a business he allegedly has worked hard for his entire life. You may believe that every politician has an agenda – and at least we know what his is.

If this is your line of thought, ask yourself this: If faced with a decision between something that will benefit his bottom line, and something that will hurt his business but will help your family and the American people, which do you think he would choose? If there is the possibility, even remote, that his business could benefit – would you want to prevent him from making that choice?

This is what we call a “conflict of interest,” and it is a huge red flag, signaling a possible pathway to corruption that could allow Trump to take advantage of the American people. It identifies areas where a politician might be tempted to make a decision based on self-interest instead of the interest of the American people.

The dangers of corruption

We throw around the word corruption so often here in the United States that you sometimes wonder if it has started to lose its meaning. It’s applied liberally to people we don’t agree with politically instead of its definition, which Transparency International defines as “abuse of entrusted power for personal gain.” 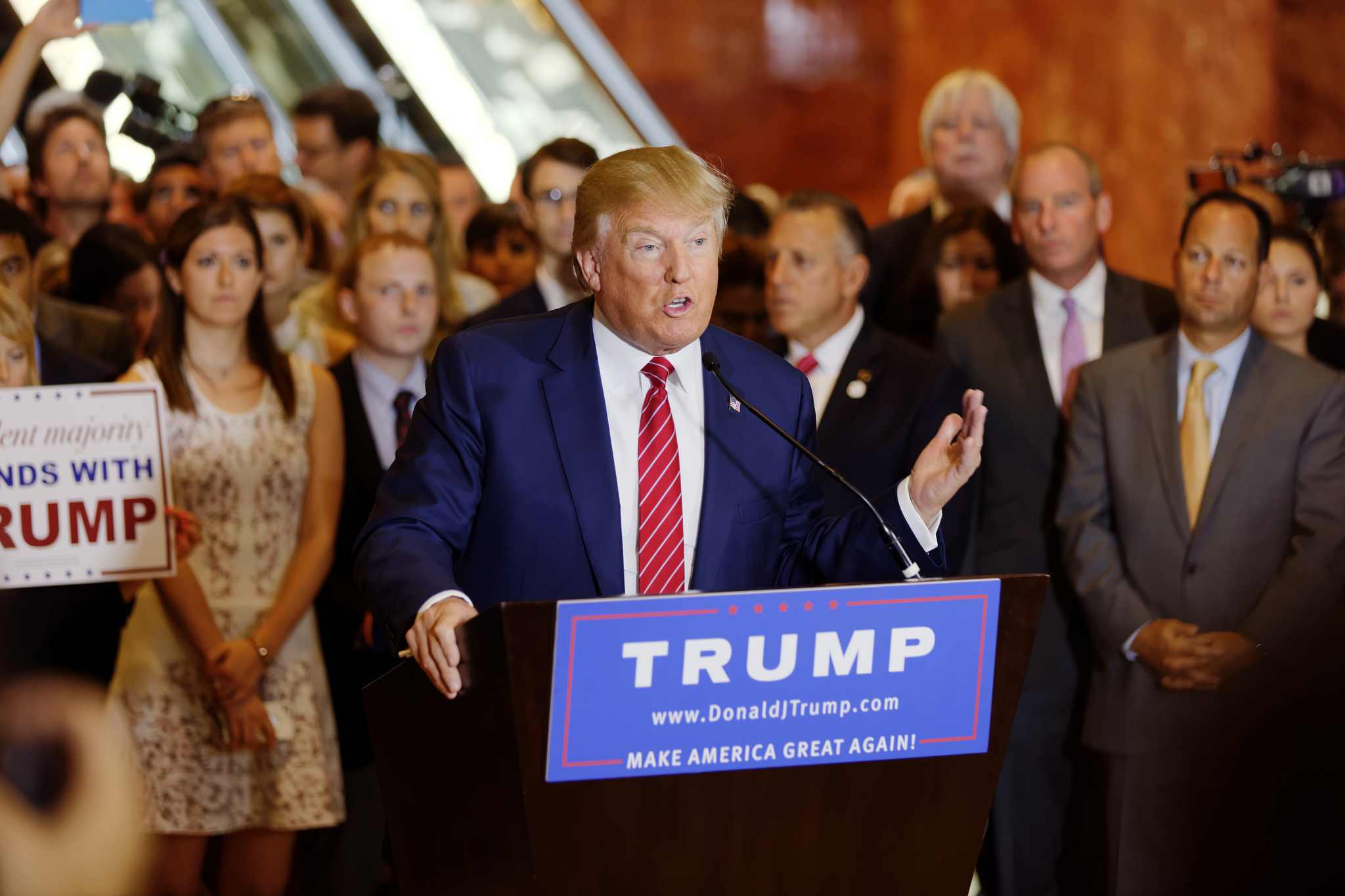 We’re keeping a running list of Trump’s potential conflicts of interests and other swampy behavior. Check back often.

In corrupt governments, those in power gain financially at the expense of those not in power. Instead of the government working for what is best for the American people, it works for the benefit of that powerful person’s pocketbook. We’ve worked hard to put laws in place to prevent it.

Whether it’s the revolving door of lobbyists, big money in elections or misuse of taxpayer funds, people might claim that’s already happening. But really, corruption in America isn’t on par with many other countries in the world. We certainly see areas of influence, but outright corruption is rare – at least in the federal government. When instances of corruption appear, our democracy has mechanisms for holding those people accountable and allowing us to work to make changes to prevent future instances of corruption.

However, that stands to change if these conflicts of interest are left unaddressed. We have a growing list of reporting so far on areas where Trump could be tempted to use the office of the presidency for personal gain. He has to act to eliminate even the perception that he is not acting in the best interest of the United States. He has to act to send a message to foreign actors that he and his children are not for sale.

How do we prevent this from happening?

The United States has rules in place designed to eliminate these pathways for corruption by forcing many elected leaders to put their money/investments in what we call a blind trust. That means the elected leader has no idea where their money is invested, so decisions are based on what is good for our country — not by what’s good for their own pocketbook. However, as Trump has correctly pointed out, most of those rules do not apply to the president or vice president. (There is some debate about how the emoluments clause of the constitution might apply in this circumstance, though it would be up to Congress to enforce it.)

But that doesn’t mean those aren’t good and important rules.

Past presidents have done this voluntarily, not just for the benefit of the American people, but also to prevent their own presidency from being overshadowed by allegations of corruption. It’s a good decision ethically and politically. His advisors should be urging him to do so.

Trump says he’ll do it, but what does that mean?

Trump sent out another series of tweets Wednesday saying he would put some sort of structure in place to deal with conflicts. However, the only real answer here is to divest the business and put it a blind trust. If he does not, he still runs the risk of corruption or perceived corruption based on his knowledge of his business empire and his children’s association to it.

Many corrupt actors see a leader’s children as a way to influence them, and it’s naive to think they won’t try to do so, even if the Trump children are well meaning and diligent.

If Trump won’t divest, Congress should pressure him into doing so. The legislative branch is the ultimate check on this activity. Members should take a stand on this issue and thus, we are making a list of members of Congress who are publicly addressing it.

This is draining the swamp 101. The United States has led the world in fighting global corruption, yet the president-elect has refused to do something that at the most basic level prevents the temptation of swamp-like activity. Having his children run the business isn’t an option either. Any business move they make could be perceived as a reflection of the administration. Imagine if the United States was in a dispute with a country and the Trump children suddenly sell their properties there. What does that do to diplomatic relations?

If we wait until Trump takes office, it is too late. We will see a daily cycle of decisions in conflict with his business. This is not healthy for a nation needing to bridge a divide. The only answer is for Trump to divest his business.

Trump claims he is a billionaire. If he fully removes himself from business decisions and puts the money in a blind trust, he’s not going to suffer. His bottom line will flourish as the United States flourishes. His full attention should be on the business of the American people, and Congress owes it to the public to make sure the proper structure is in place to eliminate any temptation to do otherwise.