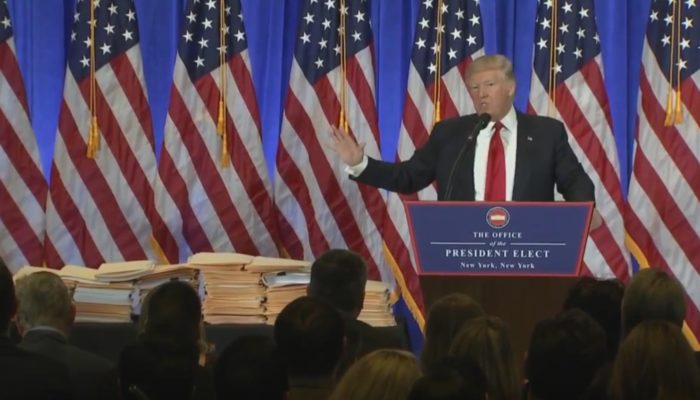 Today’s announcement by President-elect Donald J. Trump failed to address the unprecedented conflicts of interest he brings to Presidency. Trump is putting his business interests ahead of the interests of the country by failing to live up to well-established practices for addressing financial conflicts.

Trump’s plan leaves the Presidency vulnerable to self-dealing, constitutional crisis, the appearance of corruption, and other abuses of power. Trump’s approach to governance and ethics repudiates decades of accepted norms for modern democratic accountability.

Trump’s trust is not blind. His brand will conflict with his Presidency. His taxes remain secret, despite decades of precedent. The Trump Presidency will be mired in litigation, doubt, scandal, and crisis.

Congress needs to act. The press corps needs public support as we all prepare for an unprecedented conflict between private interests and the office of the American President.