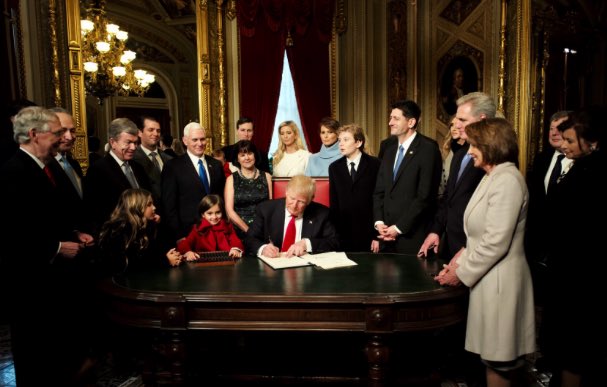 We were glad to see the White House has finally published more of the executive orders that President Donald J. Trump has signed in office, but that’s not the 21st century standard for digital government that the American people deserves in Washington. Tweeting pictures without disclosing the text of the documents is transparency theater, not open government in the public interest.

When President Trump took an oath to protect and defend the Constitution on January 20th, 2017, his new administration took over the physical and digital infrastructure of the White House. Unfortunately, the communications team that relaunched a slimmed down whitehouse.gov — the team retained the same open source architecture for public disclosure and participation – was not ready on Day One to share the new president’s first actions in office. 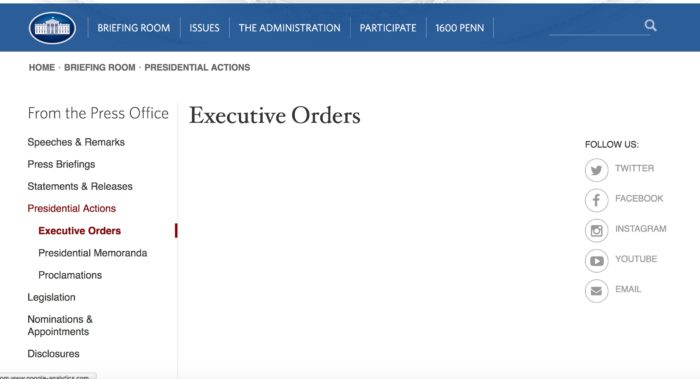 On January 21st, the Trump administration had sections for “presidential actions“ including executive orders, memoranda and proclamations — but nothing on them.

As we told McClatchy, not publishing text of the executive orders online, as has been the practice for eight years now, left millions of Americans uninformed, particularly Americans with disabilities. 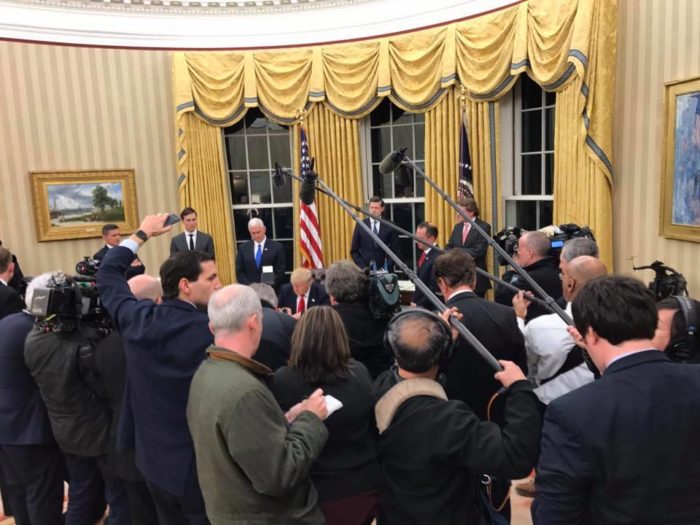 On January 23rd, the White House finally published one of the two executive orders that President Trump signed on his first day in office. As we told Motherboard, when a White House doesn’t publish statements, transcripts, briefings, releases, proclamations and executive orders online, they’re failing to take full advantage of the extraordinary capacity of social media and websites to inform all of the public. Depending on emailed orders to the press to inform the public falls far short of modern proactive disclosure.

The Trump White House is delaying publication of executive actions, and media coverage is suffering as a result, which in turns damages public knowledge and trust. The global implications of the Trump administration’s memorandum on the Mexico City Policy were initially misreported due to lack of information. Text of President Trump’s proclamation that his inauguration was a “national day of patriotic devotion” was not available to the public until it was published in the Federal Register.

The White House should publish the text of all Presidential actions on WhiteHouse.gov immediately upon the President’s signature. In 2017, the public should be able to be inform itself, in plaintext on a website that meets modern accessibility standards. Anything less invites disaster by creating the potential for disinformation and misinterpretation of legally binding directives.