Editor’s Note: In 2016, Mexico City had the opportunity to collect a public input on a 142 page-long draft constitution that was delivered to the city’s first Constitutional Assembly. One of the the world’s largeest, busiest cities then set up about collaboratively editing the draft. Over the course of the year, traditional institutions and political practices clashed using the new tools, in the midst of a generalized public distrust in the constitutional process itself. This is the story of Mexico City’s efforts to crowdsource a constitution, as told by Bernardo Rivera-Muñozcano, a political advisor in General Counselor’s Office. 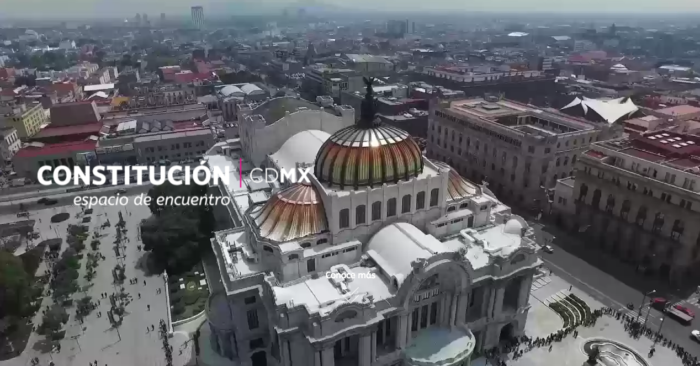 The essence of any constitution is to capture a set of fundamental principles and rules that will shape public life and interactions within a society for any given moment in time. Drafting Mexico City’s constitution required a collective reflection on who we are as a city, and what we imagine for our city’s future.

Having the same rights and liberties as any other State in the Republic has been a long fought social and political battle in the democratization process of Mexico’s capital city. It was not until 1997, that chilangos – as locals of Mexico City are called – got to elect their Mayor for the very first time (the head of government was previously appointed by the President) and their first local Congress. Twenty years later, the promulgation of the first local Constitution was supposed to be seen as another milestone towards the democratization of the city. But a complex local political scenario and a nationwide distrust in government raised some questions about the real utility of a new constitution for Mexico’s biggest city.

In January 2016, both chambers of Congress approved a Constitutional amendment, presented by Mayor Miguel Ángel Mancera, that would grant Mexico City more autonomy regarding federal authorities (though not sovereignty), through its first Constitution. This achievement was the result of a questionable negotiation process between political parties with almost no civic participation that threatened a lack of legitimacy of the Constitutional Assembly, and in general, in the whole constitutional process.

We knew that having people to participate and get involved in any public interest issues might be complicated in a society where 77% of its members don’t trust at all or show little trust in its government. Engaging people in the analysis and proposal of constitutional topics was a huge challenge given the current political and social circumstances.

Acknowledging there was some public distrust in the process, the Mayor’s first action in drafting a constitution was to appoint a group of 30 individuals representing diverse spheres of the City’s life, that during 7 months would discuss and work in the first constitutional draft (called the Drafting Group).

Our initial approach to generate social participation in the drafting process was to develop a collaborative editing tool where members of the Drafting Group would post essays on specific subjects with the comments and feedback generated by citizens and other experts. The Mayor instructed the city’s General Counsel to develop a mechanism that would channel opinions, ideas, and proposals generated by the people about the Constitution, with assistance from the Laboratorio para la Ciudad, Mexico City’s innovation and creativity department. The outcome was a digital platform we used for our first approach, designed both as an informative resource on the constitutional process and as a tool that would promote civic participation and systematize all citizen input on the constitution. Through an iteration process, the essays would eventually give way to the articles of the constitutional project. The support of the MIT Media Lab and the IT team of the Laboratorio was essential in adapting the PubPub platform for this task.

But the members of the Drafting Group weren’t fully convinced of the usefulness and reliability of the digital tool, and we found that essays on subjects as complex as constitutional topics proved to be unappealing to a general public. If we wanted to generate a broad and rich call for proposals,  we had to explore alternative participation channels besides the traditional collaborative editing approach to crowdsourcing.

We then proposed the survey Imagina tu Ciudad as a way to materialize a collective reflection process and generate systematic inputs for the constitutional draft. In a 15-question survey, we asked participants to describe the three things that came to their minds when they thought about Mexico City. After they had identified the main obstacles for their ideal city to become a reality, the participant was asked to describe what they had to do for this vision of the City to become a reality. As expected, the results showed a big distrust in government; corruption, transportation and air pollution were identified as the city’s main challenges; and cultural sites, history and diversity, as Mexico City’s most valuable assets.

Even though we thought the survey would gather the highest number of participants for our constitutional project, it was our collaboration scheme with Change.org Mexico that got the most participation.

The idea behind the Change.org movement “Voces Ciudadanas en la Constitución CDMX” was simple: the Drafting Group would consider petitions launched through the Change.org platform and would give different levels of feedback to the petition-maker based on the number of signatures the petition gathered. At 5,000 signatures, the Group would send a legal and constitutional analysis of the proposal to the petition-maker. At 10,000, the participant could present their proposal to three members of the Drafting Group. The four petitions that exceeded 50,000 signatures were presented to the Mayor. This threshold-based scheme represented the first time in Mexican history that any government agency or authority had committed to react to online petitions. As of December 2016, there were more than 279,000 unique signers on more than 340 petitions with specific proposals for the Constitution. This feedback loop we generated between petition makers and top-level government officials, was highly appreciated and recognized by the participants.

The collective reflection process we intended to start in our platform materialized in 76 articles of a constitutional project. Our original idea for an innovative collaborative editing tool ended up becoming a platform that would funnel different kinds of citizen input towards the co-creation of a constitutional project. During the seven months the platform was active, we learned that even if participatory channels are open, people won’t occupy them unless they’re given different mechanisms to express their opinions – participatory mechanisms that match their levels of public engagement and interest in public affairs. To me, a strong believer in open government, the lack of widespread interest in the collaborative editing tool came as disappointing but somewhat unsurprising news. When talking about the future of co-creation tools and processes in public affairs, and maybe the future of open government itself, we might want take some time to think who these tools and processes are intended for.

If we don’t, the gap between the sophistication of our tools and the real interest they generate in the general public will just keep getting bigger, and the open government agenda might burst to disappointment in times of democratic effervescence, just when it is needed the most. 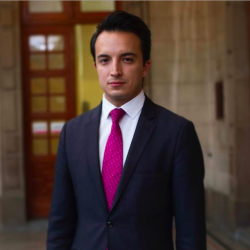 Bernardo Rivera-Muñozcano is a Political Advisor in Mexico City’s General Counselor’s Office, where he is part of the team that oversaw the city’s first Constitution drafting.

Bernardo has, as a public servant, designed and promoted innovation and open government projects, both in the legislative and executive branches. He’s a keen runner and passionate cities enthusiast. You can reach him at bernardo.riveramunozcano@gmail.com.

Disclaimer: The opinions expressed by the guest blogger and those providing comments are theirs alone and do not reflect the opinions of the Sunlight Foundation. If you’re interested in writing a guest post for Sunlight, please email us at guestblog@sunlightfoundation.com