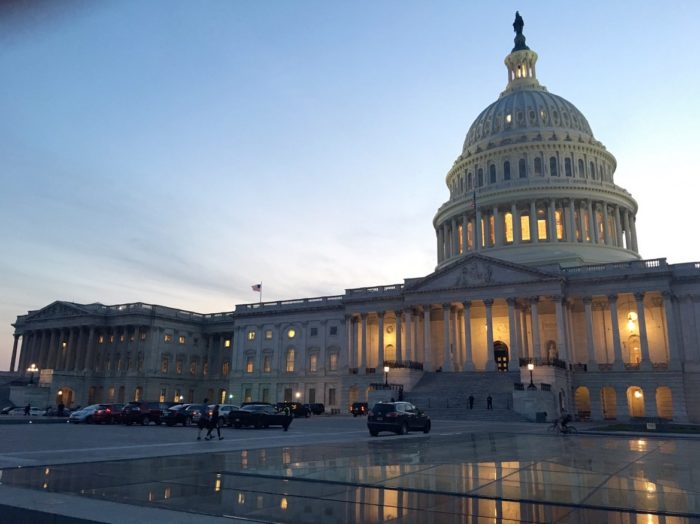 Last summer, we hailed a decade of progress opening up Congressional data to the public and praised Congress and Speaker of the House Paul Ryan for committing to making deliberative decisions more transparent online. This morning, we are faced with the U.S. House that sought to move forward on a health care bill in the dead of night, drafting legislation under cover of darkness and proposing changes to rules that will bring it to a vote before Members of Congress or their constituents have an opportunity to read it.

Secret laws have no place in a democracy. Laws enacted in secret, outside of public view or access, are similarly anathema to a transparent and accountable legislative process that honors the consent of the governed. Even when a legislature is not considering health care bills that would dramatically change one of the biggest sectors of our economy, literally affecting life and death decisions, the public should have an opportunity to read the bill and understand what is in it.

That’s an essential truth that remains the same in the spring of 2017 as it did in the fall of 2009, when we wrote a letter to Congress urging that the House Rules Committee convene a hearing on “read the bill” resolution.

We still believe that it is fundamental to our democratic principles that Members of Congress, their staff, the public and the press have the opportunity to read and digest legislation before it comes to the House floor.

We found powerful allies on Capitol Hill that took up our call for legislative transparency. Then-Congressman John Boehner quoted us and agreed:

“House and Senate leaders understand the importance of providing online access to legislation and have indicated some willingness to make health care legislation available prior to a vote. Those promises are appreciated, but an ad hoc approach to allowing the public to read the bill is not sufficient. Members of Congress should be governed by a rule that ensures that all legislation is available to the public at specific online locations for a minimum number of hours,” Sunlight writes in the letter.

I couldn’t agree more.  The mandatory review period is an idea whose time has come.  It’s just common-sense: the American people should have the opportunity to read bills before they are brought to a vote in Congress.  Previous Congresses, Republican and Democratic alike, have fallen short on this principle.  The current Congress has brought the abuse to new heights, piling staggering new debt on our children and providing special perks to special interests through legislation no one in America has had an opportunity to read or review.  Remember the taxpayer-funded bonuses for AIG executives exposed last spring?  They were tucked into the text of the “stimulus” spending bill, which Speaker Pelosi insisted on ramming through the House before anyone had read it. I protested this decision during the “stimulus” debate on the House floor, and spoke out again in June when the Speaker rushed the “cap and trade” national energy tax bill through the House in a similar fashion.

Why not allow legislators, and all Americans, to read bills before they are brought to a vote? Americans are tired of business as usual in Washington.  Passing bills in the dark of night without transparency is “Exhibit A” when it comes to the practices the American people want changed.

Congress should honor its past commitments to transparency today, no matter which party is in power. The American people deserve better.