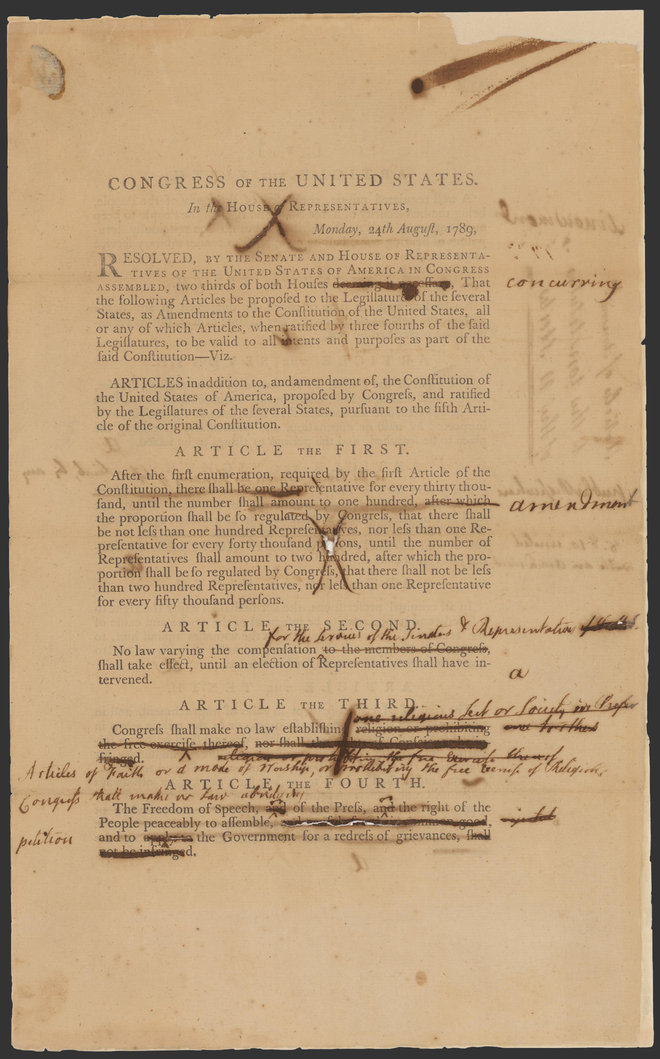 Are reporters currently allowed to ask questions and record the responses of Senators in the Senate halls on video, in keeping with years of precedent? All signs point to troubling new restrictions on the freedom of the press in the U.S. Capitol unilaterally imposed by Senator Richard Shelby.

While Shelby claims no new changes have been made in a statement, multiple journalists have made it clear that their access was impeded today — and multiple United States Senators told the public today that the Rules Committee has restricted press freedom in the Senate, barring reporters from filing interviews in the halls.

We asked the Senator if reported restrictions on the press were made under existing rules and received no answer. At minimum, any new policy that limits press access should be released and justified to the public, but every report that we’ve seen today suggests that there is no valid justification.

Restrictions that prevent journalists from informing the public about public business violate fundamental principles of American democracy. Senator Shelby should ensure that freedom of the press in the first branch of government is not a victim of partisan polarization, particularly in light of the White House’s failure to defend the role of journalism in a democracy. America’s political leaders need to protect and defend the First Amendment, not restrict it.

UPDATE: Hours after journalists first reported the issues, the Senate Rules Committee has reverted to the previous rules.

NEW: Senate Rules Committee reverses course on hallway interviews. “You may continue to follow the rules as if it was yesterday.”

According to CNN, Shelby told reporters that what  happened today “was a miscommunication. It wasn’t anything I did,” adding that the Senate Rules Committee “doesn’t enforce anything.”

What’s still unclear is who told Senate staff to restrict the access of the media today.

“I think there had been some discussions about you guys harassing us, and I hadn’t done that,” Shelby said. “So some of my staff obviously talked to the press galleries about the rules and so what, and they thought we were going to. We don’t enforce the rules, I said stand down, forget it.”

If this review moves forward, we hope that Senator Shelby convenes it in the open, and offers the public more insight about why this shift was made without notice to the public and press, or consultation with the entire Committee.

The First Amendment to the United States Constitution states that “Congress shall make no law… abridging the freedom of speech, or of the press.”

The Senate should be an examplar of that principle, not a detractor. The public can be informed of how our public servants are representing us in Washington.