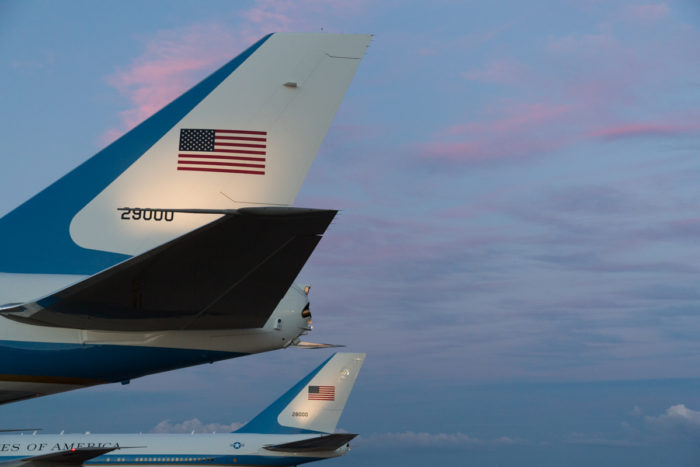 Earlier this month, Vice President Mike Pence walked out of a football game between the Indianapolis Colts and the San Francisco 49ers in a planned protest after some of the professional athletes competing chose to protest racial inequality and injustice in the criminal justice system in the United States during the National Anthem.

That this trip occurred after weeks of sustained attention on the extravagant travel of multiple Cabinet secretaries was extraordinary, particularly given the resignation of the Secretary of Health and Human Services after the combined cost of his charter and military fights was reported to exceed $1 million dollars by an investigation by Politico.

Estimates of the cost of the trip vary, depending upon the hourly rate of the C-32 that the vice president flew on for 8 hours and 5 minutes. The Air Force’s published rate for a C-23 for federal employee in 2016 was $16,562/hour, which would add up to $133,048. CNN reported that the vice president’s flights cost $242,500 using a $30,000/hour rate, which may reflect additional costs not included in a standard fee.

Beyond the military flights, additional costs from the vice president’s to taxpayers include local security, magnetometers at the stadium, and federal advance teams. In a report earlier this month, CBS News spoke to a former Republican White House official who estimated that the trip cost more than a million dollars.

With this trip to Indianapolis, it’s possible Pence may have spent more taxpayer dollars in one day — across federal, state and local governments — than any single Cabinet secretary has in the entire Trump administration.

The problem is that the public  doesn’t know: despite meaningful advances in the transparency of federal spending due to the DATA Act, there’s no singular point of transparency for Cabinet travel.

In response to public outrage and the president’s expressed concern about the “optics” of extravagant travel, six different federal agency inspectors general have now opened investigations on the flights of Cabinet secretaries this year. Ethics memos have come from the Secretary of Defense’s pen and the Office of Government Ethics. OMB Director Mick Mulvaney issued a memorandum about travel costs.

Unfortunately, all those directives — along with global anti-corruption efforts by the U.S. government — are being undermined by the tone set at the very top of the executive branch, where a president has refused to hold himself accountable to federal ethics laws, disclose, divest and avoid even the appearance of corruption in public office.

While Congress dithers on common-sense reforms to federal ethics laws, the executive branch can and should act. This fall, we recommended that the next U.S. National Action Plan for Open Government include online disclosure of Cabinet secretary calendars, meetings and travel expenses, but neither agencies nor the public should have to wait.

Every federal agency that wants to rebuild shaken public trust should improve upon Secretary Shulkin’s example and start publishing their travel schedules and costs online as open data, not PDFs, and begin publishing agency visitor logs. The American public should be able to see how secretaries are conducting public business, when, where and with whom.

Here’s a simple goal: every member of the Cabinet that wants to do more than talk about transparency should have updated machine-readable calendars, meeting records and expenses disclosed at agency.gov/open pages by June 2019.

The Office of the President and Vice President could do the same, disclosing travel and security costs incurred in flights around the world, from visits to Trump properties to rallies in states.

Let’s be clear: White House officials and members of the Cabinet can and should travel as part of public business, as they have for centuries, but we depend upon them and their staff to not only be good stewards of taxpayers but to model ethical public service in their words and actions.

In 2017, we cannot trust and verify that is occurring in our federal government. We should all be able to confirm that the men and women who lead agencies are being good stewards of taxpayer dollars and leading by example on good government.