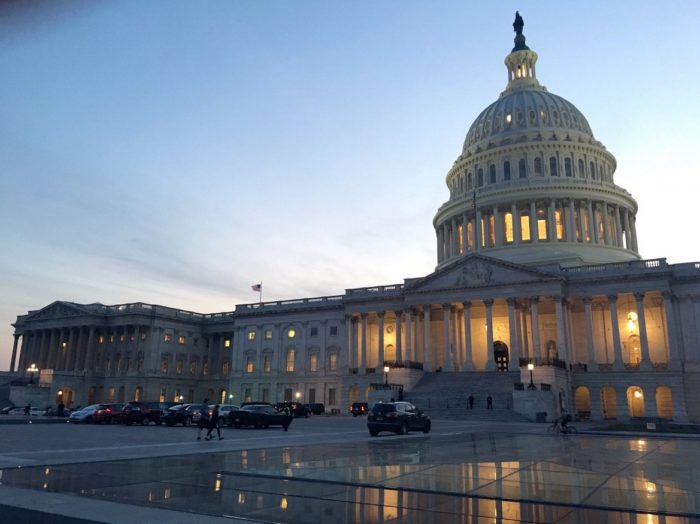 Years of gridlock and lobbying have left political ads in the dark online, just as increased political advertising on Internet platforms has taken on unprecedented scale, influence and relevance to our politics. The “Internet blind spot” should change, as we explained in September — and now there’s bipartisan legislation that would add much-needed transparency to online platforms that run paid political advertising: the Honest Ads Act.

Over the past month, Sunlight been working with staff from the offices of Senator Amy Klobuchar (D-MN), Mark Warner (D-VA) and Senator John McCain (R-AZ) on the bill, formerly entitled the H”olding Online National Electioneering ads to the Same Test (HONEST) Act.

The Honest Ads Act’s purpose is straightforward: “to enhance the integrity of American democracy by improving disclosure requirements for online political advertisements in order to uphold the United States Supreme Court’s well-established standard that the electorate bears the right to be fully informed.”

There’s more good news, too: according to these Senate offices, companion legislation to the Honest Ads Act with bipartisan sponsorship is being introduced today in the House of Representatives by Reps. Derek Kilmer (D-WA) and Mike Coffman (R-CO).

If enacted, the Honest Ads Act would mean that electioneering communications would include online political ads, requiring people to file buys with the Federal Election Commission, and technology companies to publish political ad files. The details will matter, of course, and will be debated further, as we’d hope and expect. At introduction, this bill’s mandate covers online platforms that have 50 million or more unique visitors annually, and campaigns that spend more than $500 on political ads annually.

You can watch the introduction of the bill at in the video below and read the statements of support from the Senators, after.

“First and foremost this is an issue of national security – Russia attacked us and will continue to use different tactics to undermine our democracy and divide our country, including by purchasing disruptive online political ads. We have to secure our election systems and we have to do it now – the next election is only 383 days away,” Senator Klobuchar said. “This bipartisan legislation would help protect our democracy by updating our laws to ensure that political ads sold online are covered by the same rules as TV or radio stations – and make them public so Americans can see who is trying to influence them.”

“Online political advertising represents an enormous marketplace, and today there is almost no transparency. The Russians realized this, and took advantage in 2016 to spread disinformation and misinformation in an organized effort to divide and distract us,” Senator Warner said. “Our bipartisan Honest Ads Act extends transparency and disclosure to political ads in the digital space. At the end of the day, it is not too much to ask that our most innovative digital companies work with us by exercising additional judgment and providing some transparency.”

“In the wake of Russia’s attack on the 2016 election, it is more important than ever to strengthen our defenses against foreign interference in our elections,” said Senator McCain. “Unfortunately, U.S. laws requiring transparency in political campaigns have not kept pace with rapid advances in technology, allowing our adversaries to take advantage of these loopholes to influence millions of American voters with impunity. Our bipartisan legislation would address this serious challenge by expanding landmark campaign finance law to apply to internet and digital communications platforms that command a significant audience. I have long fought to increase transparency and end the corrupting influence of special interests in political campaigns, and I am confident this legislation will modernize existing law to safeguard the integrity of our election system.”

While much of the media coverage to date of this bill has focused on Facebook, that’s a mistake: this bill would mandate that technology companies disclose a public file of political ads purchased on their platforms, not just the entity that runs the world’s largest social media platform. The bill would, in other words, subject political ads on social media networks to the same transparency requirements as TV and radio ads, closing a loophole that has enabled individuals or even foreign state actors to remain unaccountable for dark ads on the public squares of this young millennium.

“Ensuring transparency and accountability remain encoded into our democracy in the 21st century has taken on new importance and relevance in the wake of the 2016 election,” said Alexander B. Howard, deputy director of the Sunlight Foundation.

“We hope this bill, which merits serious consideration, catalyzes an overdue public debate and substantive action in Congress and the Federal Election Commission to create platform parity for political ad disclosure across TV, radio, print and Internet companies. Opacity by design is not an acceptable status quo for the technology giants that shape public knowledge and discourse with limited accountability. We’re excited to see bipartisan support for more transparency and accountability online.”