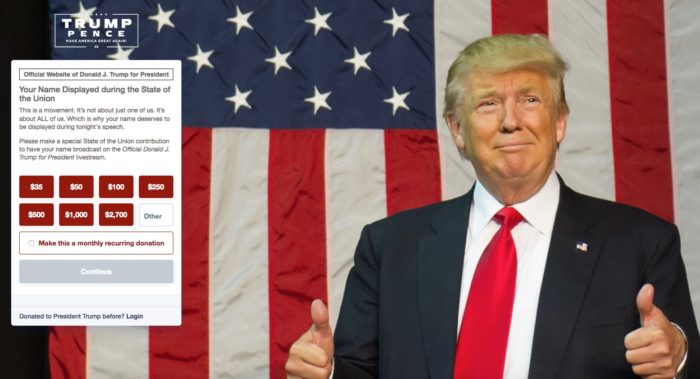 For the first time in history, the names of campaign donors will be shown over the livestream of a President of the United States as he delivers the State of the Union to Congress.

In an unexpected twist, instead of a watchdog highlighting corporate money or media organization overlaying campaign finance data on a livestream when a specific policy proposal or success is named, the campaign of President Donald J. Trump and Vice President Mike Pence will be showing a list of donors. This past year, the future that arrived has often been stranger than fiction.

Whether or not this feature is a sufficient draw for those donors – or the rest of the public – go to the campaign’s Facebook page to watch the State of the Union remains to be seen.

In 2018, as Lifehacker reports, there are more options than ever for the public to watch across media and devices.

You can tune into the State of the Union in more ways than ever before, across radio, broadcast TV, cable and the Internet, with social livestreams on Twitter and reported liveblogs on the websites of news organizations. 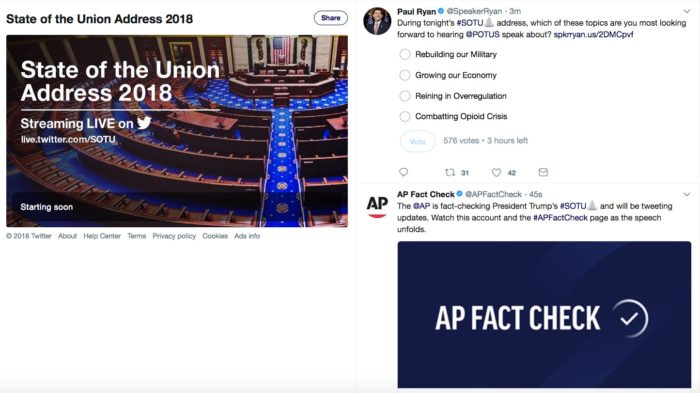 As has been true for almost a decade, one of those viewing options is WhiteHouse.gov: the White House is  embedding its YouTube channel on wh.gov/live and linking directly from there to YouTube. Notably, the /live page includes a link to a White House YouTube stream with Spanish captions. Unlike in years past, however, there are no plans for data-driven graphics to go with the president’s speech. (See below for correction.)

If you’re in the mood for a more whimsical convergence of art and technology, USA Today is livestreaming a live illustration of the State of the Union by their editorial cartoonist.

We remain big fans of C-SPAN at Sunlight and will see you on Twitter at @SunFoundation.

With reporting by Briana Williams.

Correction: We initially reported that the livestream would be on the Trump campaign website. Instead, the campaign livestreamed the speech on its Facebook page. 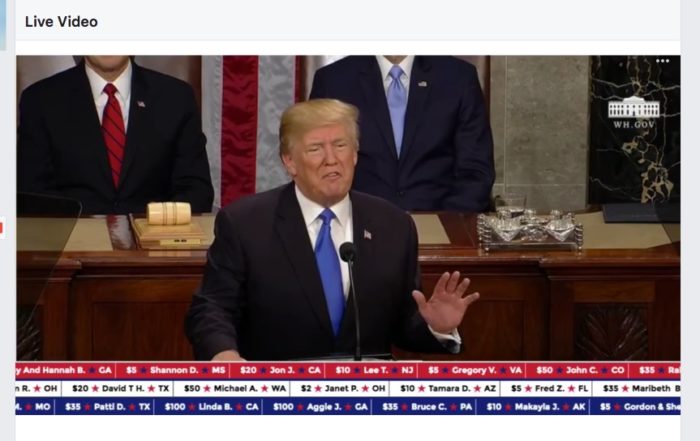 Additionally, after we published this post, the White House published a page at whitehouse.gov/SOTU with its YouTube livetream embedded on it, with the #SOTU hashtag at the top (no link or tweets) and the content from  “President and First Lady’s Special Guests” post added below.