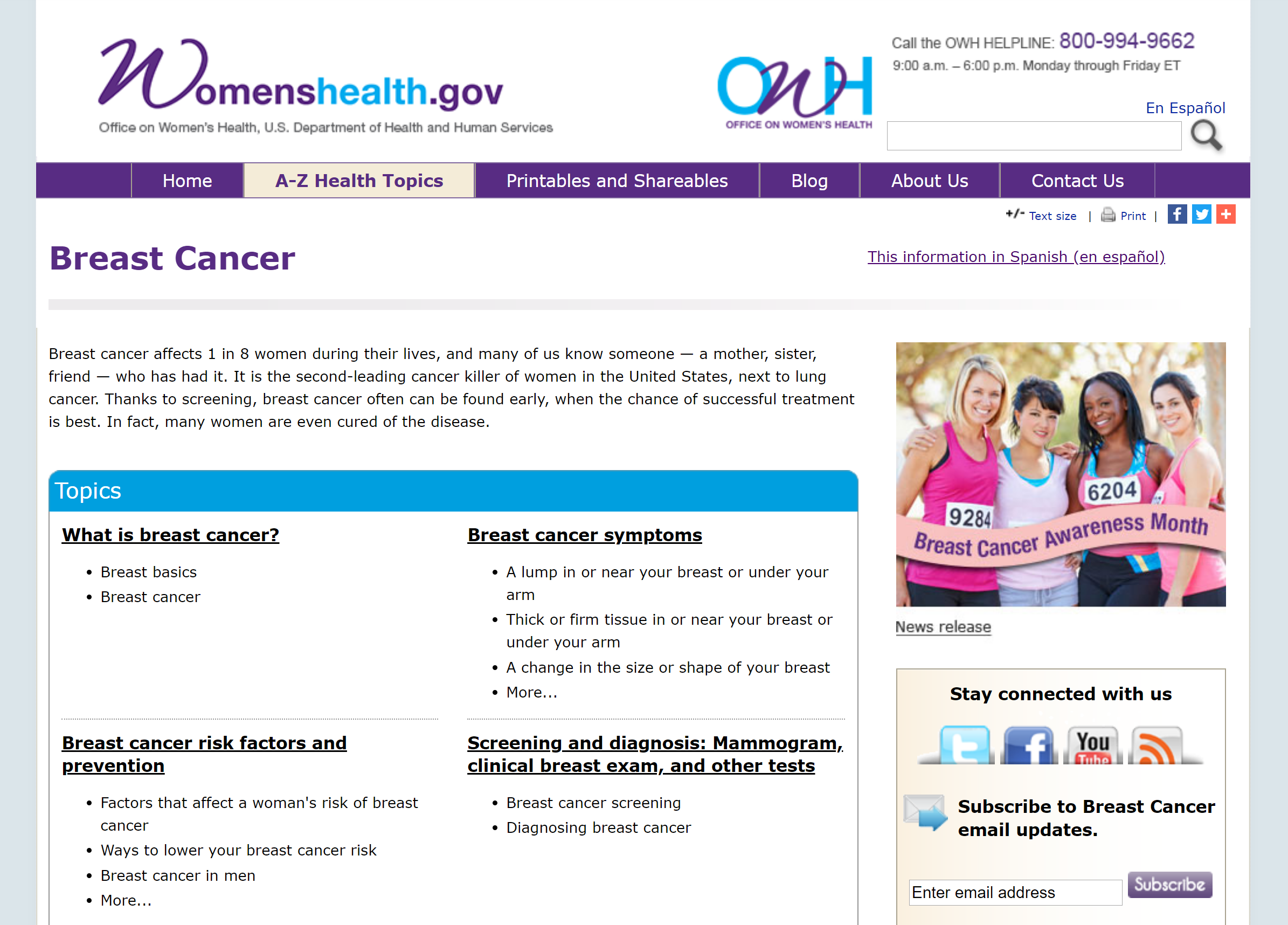 An archived snapshot of the removed Office on Women’s Health Breast Cancer website main page from the Internet Archive’s Wayback Machine on June 27, 2017.

Today, the Web Integrity Project released our third report about Web censorship at the Office on Women’s Health (OWH). As we have released these reports, journalists and members of the public have asked us about the significance of these removals. Beyond indicating potential changes in policy, these removals sow real doubt about important health considerations for populations of vulnerable women throughout the country.

The report we released today, covered by ThinkProgress and others, documents the removal of the OWH Breast Cancer website, which included fact sheets about breast cancer and information on how to access free or low-cost breast cancer screening programs, from within WomensHealth.gov, the OWH website. Breast cancer, as the website noted before it was removed, affects 1 in 8 women during their lives.

Today’s report follows up on a pair of reports we released two weeks ago, covered by Politico, NBC News and other outlets, documenting the broad overhaul of the OWH website and delving into the removal of webpages relating to lesbian and bisexual women’s health. For context, WomensHealth.gov was visited approximately 700,000 times in the last 30 days

The specificity of these removals adds more evidence to a growing concern: that public information for vulnerable populations is being targeted for removal or simply hidden. As we have highlighted before, the absence of transparent process around removing this information, which was done without notice, has sown further confusion.

If an agency does not inform the public about a removal of information, website redesign, or website relaunch and explain why it is occurring and when, it is unclear whether:

In this case, the removals of information were not just related to a regulation, details about an office’s operations, or a general piece of information that lacks a public user-base. The removed information, instead, relates to specific health concerns for vulnerable populations. The fact that it is now unclear whether that information is still accurate has a real impact on people who must now consider if their health needs and considerations may be different.

The removal and alteration of content from federal government websites, relating to a wide range of topics including climate change, economics, women’s health, and LGBTQ rights, reflects the social and economic agenda of this administration.

We will continue monitoring changes to federal websites to ensure that the public is aware of what’s being altered, whether or not our government proactively communicates about them. And we will continue to urge the government to provide notice and an explanation when significant changes are made online, so that members of the public don’t need to try and guess the meaning of removals of information that affects their lives.