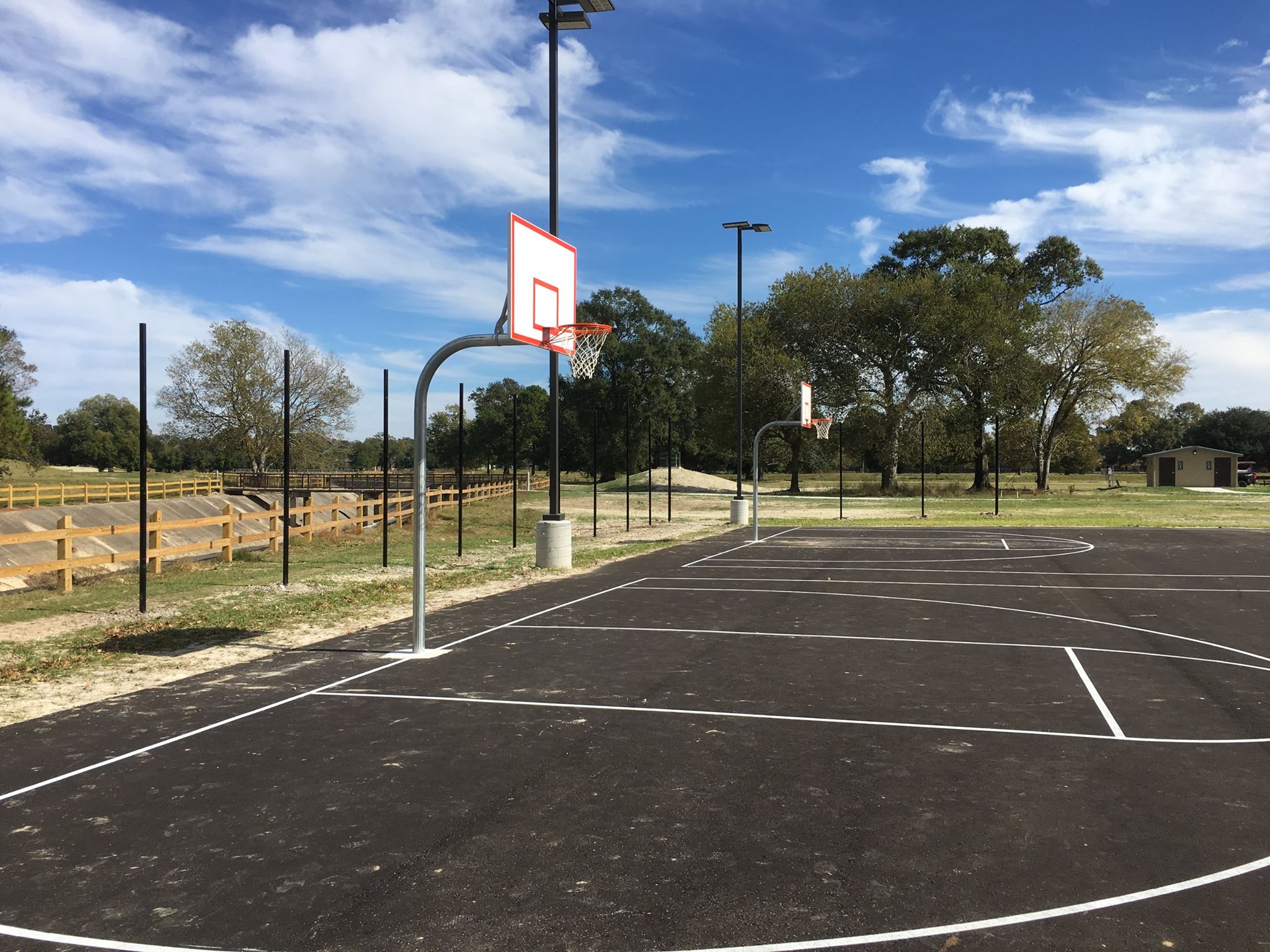 The newly renovated basketball courts at Howell Community Park in Baton Rouge. An app to help residents schedule time on public sports courts and put together teams is one idea for how to use open data. Photo by BREC.

The City-Parish of Baton Rouge, Louisiana wants to make sure residents know about new open datasets as soon as they’re available. Leaders see this as a way to keep residents in the know about new resources, as well as an important part of how governments can and should be transparent in a digital era. A new website brings together all this work in one place.

Baton Rouge began publishing open data in 2015 when it launched Open Data BR. The city-parish solidified its commitment to the effort in December 2017 by passing its first open data policy — Sunlight is proud to have worked with Baton Rouge in creating this policy, as part of What Works Cities. The city-parish was publishing a lot of data, but it didn’t have a unified home online.

“We had five or six different platforms, and it was always difficult to understand what was where,” said Eric Romero, Director of Information Services for the City of Baton Rouge/Parish of East Baton Rouge. “We had our open data site, our open budget site, our open BR Neighborhoods site. Then we had two different GIS data sites, one with maps and one with GIS open data. During our work with What Works Cities and crafting the open data policy, we realized it would be good to channel everything through one door and that’s what the new website does.”

So in March, the city-parish brought all these efforts together at BRLA.gov, a new online home for the entire city-parish which replaced a 20-year old website that had gotten sorely out of date. The new site brings together all the resources residents need to understand the city-parish’s work on transparency and accountability, including direct access to open information. By presenting a united front to residents that links the city-parish’s various work around smart cities, new technologies, and open data, they’ve demonstrated their commitment to transparency and accountability, and keeping residents in the loop.

In addition to unifying things in one place, the new site will also make it easier for residents to learn about what the city-parish is doing. Residents can sign up to receive alerts when new datasets are added to the site — and that’s a hugely important way for anyone to jump into the conversation or start to use data themselves.

“If someone in the development community or the journalist community wants to know about changes as soon as they happen, they can subscribe and get that automatically,” says Romero. “It saves them time because they’re not going to the site to see, ‘When’s the last time they updated that dataset?’ or ‘What’s the newest dataset that the city launched?’ Now they can subscribe and get that information automatically.”

“With the policy in place I’m hoping now we’ll have much more frequent postings,” says Romero. “We have the support of the mayor’s office and the council, and now all city data is a candidate to be put on the website. We’ll be setting up data governance committees where we’ll be meeting with departments regularly and hopefully identifying more and more data to get out there.”

The city-parish’s work on open data is already resulting in community interest. Most notably, Baton Rouge’s first hackathon — the Activate conference — was held in February. Hosted by a few local tech professionals in the Baton Rouge area, it was the region’s first hackathon and it focused specifically on use of the city-parish’s open data portal.

“Events like those continue to raise awareness and interest on the part of people who can do things with the data. So they can think about, ‘Well what’s the next dataset coming out? What could I do with that data?’ We’ve got that perspective now, which I don’t know that we had before. The organizers of the conference were extremely excited and are already planning a bigger and better hackathon for next year. It continues to build interest in what is out there in terms of new data or new datasets, and how can I make sure I stay in the loop to know when that arrives in the public domain so I can do some innovative work with it.”

Explore Baton Rouge’s public commitment to transparency and all of the city-parish’s open data at brla.gov/transparency.