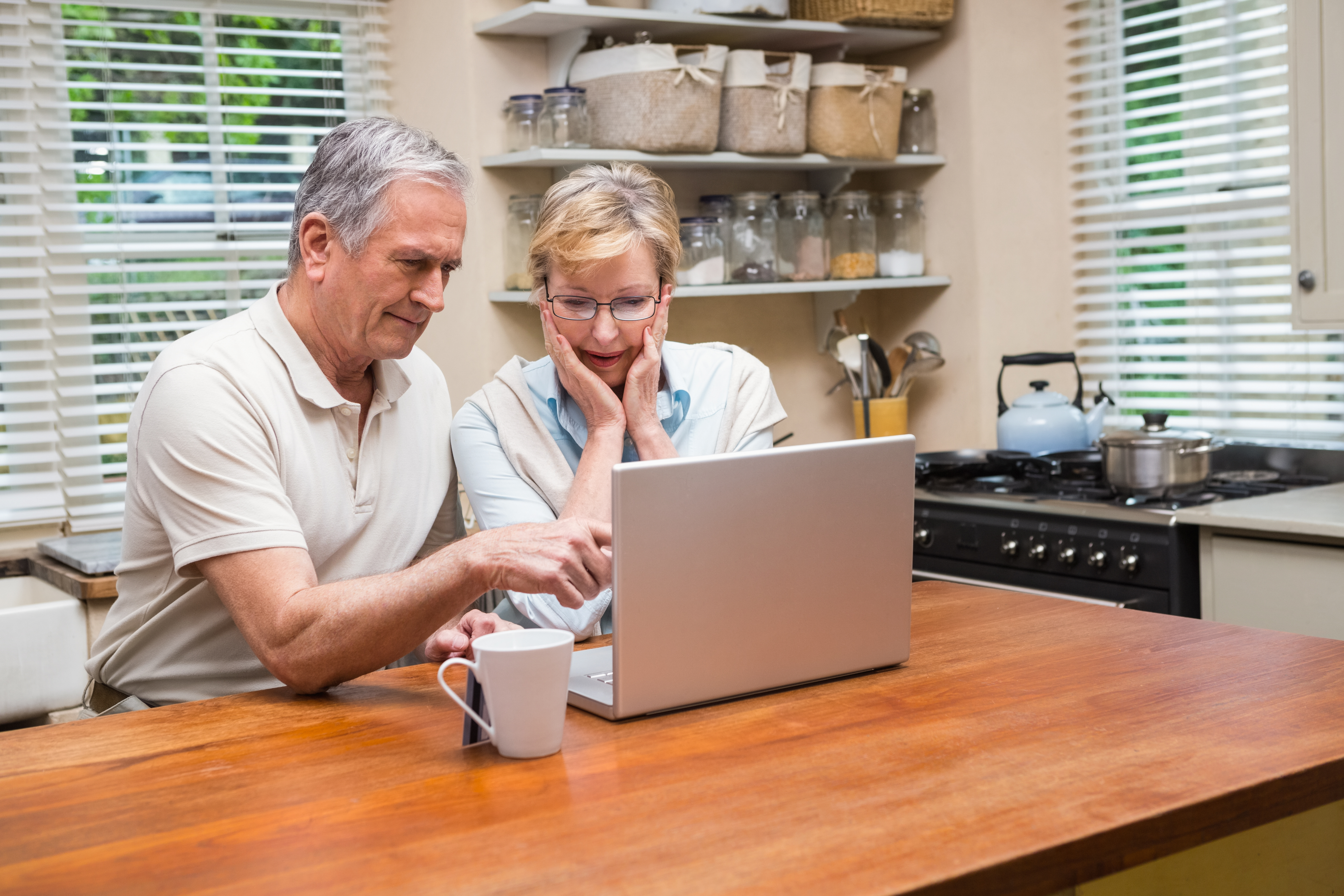 On October 10, The Hill published a story identifying planned downtime windows for Healthcare.gov, the primary hub for purchasing health insurance under the Affordable Care Act (ACA), during this year’s annual open enrollment period. Citing a spokesperson from the Centers for Medicare and Medicaid Services (CMS), the story said the agency was planning for maintenance periods that could leave the site inaccessible for a full 12 hours every Sunday through most of the sign-up period.

The story was subsequently picked up by other outlets and prompted some justified fear, though it garnered much less attention than reports of a very similar downtime schedule in 2017, which were met by outcry from advocates and Senate Democrats. But, as The Hill noted, CMS has tried to emphasize that these maintenance periods represent a maximum allowed downtime, and the actual downtimes may be far shorter. Some of the coverage hasn’t reflected that important caveat.

At the Web Integrity Project (WIP), part of our mission is to monitor the federal Web. Last year, around 8.8 million Americans used Healthcare.gov to find their insurance plans—it’s hard to imagine a more critical component of the federal web that directly serves the public. To that end, we wanted to get a better idea of what will actually be happening to Healthcare.gov during this year’s enrollment period downtime, so we spoke with some experts who could help us understand.

Overall, we found that, while the Trump administration has sought to undermine the ACA in a variety of ways, including by censoring information on the Department of Health and Human Services’ website, the planned Healthcare.gov downtimes do not appear to go beyond norms or best practices for this type of system. This explainer will try to answer some of the specific questions that people may have:

When are the planned downtime maintenance windows, and will Healthcare.gov be offline throughout those windows?

CMS has announced that “potential maintenance windows” are scheduled from midnight to noon every Sunday throughout November, as well the first Sunday in December, for a total of 60 hours. This is the same maintenance schedule that was announced last year and, like last year, the site is not scheduled to be down at all on the final Sunday of open enrollment.

A spokesperson for CMS emphasized to WIP that these are only potential downtimes, and the site may not actually need to be offline for the entirety of each window. Last year, for example, according to numbers provided to WIP by CMS, Healthcare.gov was only inaccessible for 21.5 of those hours, or an average of about four hours each Sunday, mostly during the very early morning.

A spokesperson for the Centers for Medicare and Medicaid Services provided information about scheduled downtime for the 2019 open enrollment. Note: The enrollment period for 2019 will occur in 2018. All downtime dates fall on Sunday.

“Similar to last year, we are sharing the maximum potential Healthcare.gov maintenance windows to allow agents, brokers, and assisters to plan in advance of open enrollment,” the spokesperson wrote in an email. “Last year, Healthcare.gov was down for significantly less than the full amount of time initially authorized.”

When we asked for as many details as possible about exactly what kind of maintenance was being carried out during downtimes, CMS offered no specifics and declined to make a specialist available for an interview. Pressed for technical insights, a spokesperson told WIP only that the downtimes help them “resolve issues” and “improve our system to run optimally.”

Even so, the experts we spoke to were able to describe some possible explanations of what is occurring when Healthcare.gov is offline.

One thing that CMS systems certainly need to be able to handle during open enrollment: millions of people submitting information to Healthcare.gov in a short period of time. To digest this massive quantity of data, CMS relies on the astronomical computing power of mainframe computing systems and an approach called “batch processing.” This could account for some of the system downtime, experts we spoke with told us, though they said this type of processing was likely also happening during off hours throughout the week when possible.

Most people are familiar with batch processing, if indirectly, said James Parrish, Professor of Information Technology at the University of North Texas. When your bank processes your debit or credit card transactions at night or on the weekend, it’s generally because millions of transactions have been queued up to be executed all at once, allowing the mainframe to efficiently use all of its muscle for the task. In order to power through such huge quantities of data, the system generally needs to stop accepting input for a period of time. That’s why those transactions tend to hit your bank account at the same time.

Mainframe systems like those used by CMS are especially good at batch processing because they can bring enormous computing power to bear on very specific tasks, Parrish said. Their architecture also makes them particularly well-suited to tasks that don’t require a lot of ongoing interaction between the system and its users, which is the way that health insurance buyers interact with Healthcare.gov. (IBM, one of the primary manufacturers of mainframe systems, has a visualization of how this all works, and how it differs from the computing most of us are familiar with.) Mainframes are also considered to be some of the most secure systems around, which is why they’re commonly used for government applications.

A few hours of downtime a week seems “reasonable,” Parrish said, and comparable to what any large system of this type, like one in use by the government or the private sector, might need to recoup and function smoothly. He adds, however, that without knowledge of the specific systems CMS is using, it’s impossible to know exactly what’s happening during maintenance periods.

Why does CMS schedule downtimes for Sunday mornings?

A CMS spokesperson said that Sunday mornings were chosen in part because they’re among the “lowest-traffic time periods.” If last year is any guide (see the chart below for exact 2017 downtimes), the outages will mostly occur between midnight and about 5 AM.

Frank Baitman, former Chief Information Officer for CMS, said that CMS also faces a unique challenge when it comes to scheduling downtimes for Healthcare.gov: coordinating with other agencies.

When you sign up for a health plan with Healthcare.gov, the site draws on information stored across the federal government; the system checks your immigration status with the Department of Homeland Security, coordinates on tax questions with the Internal Revenue Service, and cross-references your information from the Social Security Administration. Baitman said when he was CIO, the office had to work around the needs and constraints of each of those other agencies.

While emphasizing that he wasn’t privy to current CMS decision-making, Baitman suggested that scheduling downtimes on Sunday mornings may have been best for all agencies involved. After all, other agencies need to do maintenance on their systems as well, so making sure downtimes overlap makes sense. Parrish, from the University of North Texas, also suggested that this coordination might help ensure that information stored in multiple agencies’ systems remains in-sync during updating.

Did the last administration have downtime during enrollment?

The Obama administration also took Healthcare.gov down periodically for maintenance, even during the open enrollment period, according to CMS. We weren’t able to find independent information about downtimes during either this administration or the last, but a CMS spokesperson offered numbers from the previous administration that showed significant downtimes on Sundays during November and December of 2016. (It’s important to note that the enrollment period itself has been considerably shortened under the Trump administration, something that advocates charge is intended to limit signups.)

Overall, according to CMS, the Obama administration in 2016 approved roughly the same downtime maintenance windows as the Trump administration, but actual downtime was far greater under Obama. The site was unavailable for more than 50 hours over a comparable period, the office said.

An informal look at tweets from the 2016 enrollment period found quite a few contemporaneous complaints about Healthcare.gov outages during that time.

Are these scheduled downtime windows a deliberate attempt to reduce ACA signups?

The Trump administration has made no secret of its dislike of the ACA and has taken a number of steps that seem intended to undermine it. It shortened the enrollment period itself by nearly half, for example, and drastically cut funding for advertising and health insurance “navigators,” who help individuals find the plan that works for them. WIP has documented numerous examples of this administration censoring information about the law, including regularly removing the term “Affordable Care Act” itself, across Department of Health and Human Services, and specifically CMS, websites.

With that context, when Kaiser Health News reported on the planned maintenance windows last year, it set off quite a firestorm of media coverage. Many worried that the downtime maintenance windows were another way to depress ACA enrollment, and a number of lawmakers sent official inquiries about the plan.

Those worries were understandable, said Josh Peck, former Chief Marketing Officer for Healthcare.gov under the Obama administration, and now co-director of Get America Covered. The announced windows suggested that the site would be inaccessible for long stretches, and, given the myriad ways the Trump administration has attempted to attack the ACA, Peck and many others were justifiably suspicious of CMS’s motives.

Peck told WIP that he and his organization watched the actual downtimes closely last year, and were pleased to see that they were kept to a minimum. In retrospect, he thinks the way the maintenance periods were scheduled was justified and probably not part of the larger attack on the ACA.

“We’re going to continue to watch and see what they do when it comes to uptime on the website. That’s very, very important,” Peck said, suggesting that they’d be closely monitoring for downtimes both inside and outside of the scheduled windows. But he and his organization are far more worried about the many other moves by the Trump administration, which he believes are a clear attack on what is, after all, still the law of the land, even if the administration would prefer otherwise.

“The big concern that I think people should have about the administration’s actions is not related to website uptime,” Peck added. “It’s the outreach, and it’s their policy decisions that are causing the greatest harm.”