We’re thrilled to announce that Sarah John is joining the Web Integrity Project as its new Director of Research! Sarah brings to WIP several years of research management experience at non-profits, including Legal Services Corporation and FairVote. She will direct our website monitoring work and research into important changes to federal websites. Through leading the production of website monitoring reports, she will drive WIP’s effort to document and reveal important changes in access to public information.

Sarah also adds an extra flare to the team with her Australian accent. So what motivates an Aussie to work on a project that aims to hold the U.S. government accountable for the information it presents on its websites? Here’s everything you need to know about Sarah to help answer that question. 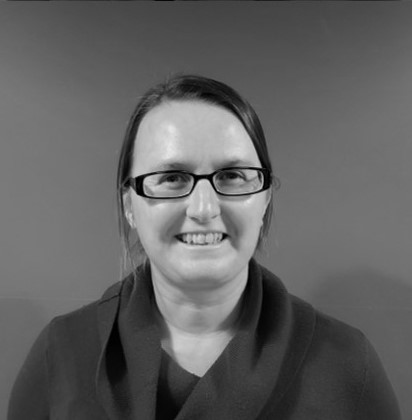 Hometown: I spent much of my childhood in remote parts of Australia many hours from the nearest town or city, but as a college student I adopted Adelaide as my hometown. Adelaide is remarkably unremarkable, a clean quiet city of about a million in the south of the country.

Thing you miss the most about Australia: Definitely the availability of cheap and high quality fresh food, like mandarins, birds eye chilis, and laksa mint. But, you get used to the differences.

Thing you like the most about the US: The people. I love that people care so much, about things generally, but in particular about their politics and government. I’ve met so many passionate people across the country who care deeply about proper governance and policy.  Even those who claim not to care about politics or are cynical about politicians and the government still have an opinion about all things government, which they tend to enthusiastically share upon hearing my pronunciation of tomato.

Would you rather never eat vegemite again or eat it every day for the rest of your life: EVERY DAY! (And oftentimes in the office. Don’t worry colleagues, you’ll get used to the smell.)

Favorite American slang word: Pie. It’s not really a slang word, per se. But in the U.S. pies can be pizzas or sweet, but they cannot be pies in the Australian sense (savory with meat or vegetables). Or boondoggle. I remember when the Australian Opposition Leader Kim Beazley used the word “boondoggle” in a critique of the government’s policies. It caused an outcry amongst people disappointed at the Americanisation [sic] of Australian English.

Political science PhD dissertation topic: 1970s campaign finance reform efforts in Australia, Canada, and the United States. It was an archival study of how political parties approached reform at a time in history when existing campaign finance laws were totally outdated and harked back to the era when the main corruption concerns were about candidates bribing voters with meat and booze rather than candidates being influenced by large campaign contributions.

Top reason for joining WIP: There are many reasons, including a desire to work with the amazing and passionate people at Sunlight. A major reason is to help preserve one of the things that I find most unique about the United States — the transparency of its government — at a time when it seems to be under threat.

Research area you’re most excited to explore with WIP: In terms of the areas we’re already monitoring, I’m excited at the prospect of learning more about health policy, which seems impossibly complicated. In the future, and harking back to my political science roots, I’m hoping to explore issues relating to the federal role in election administration.