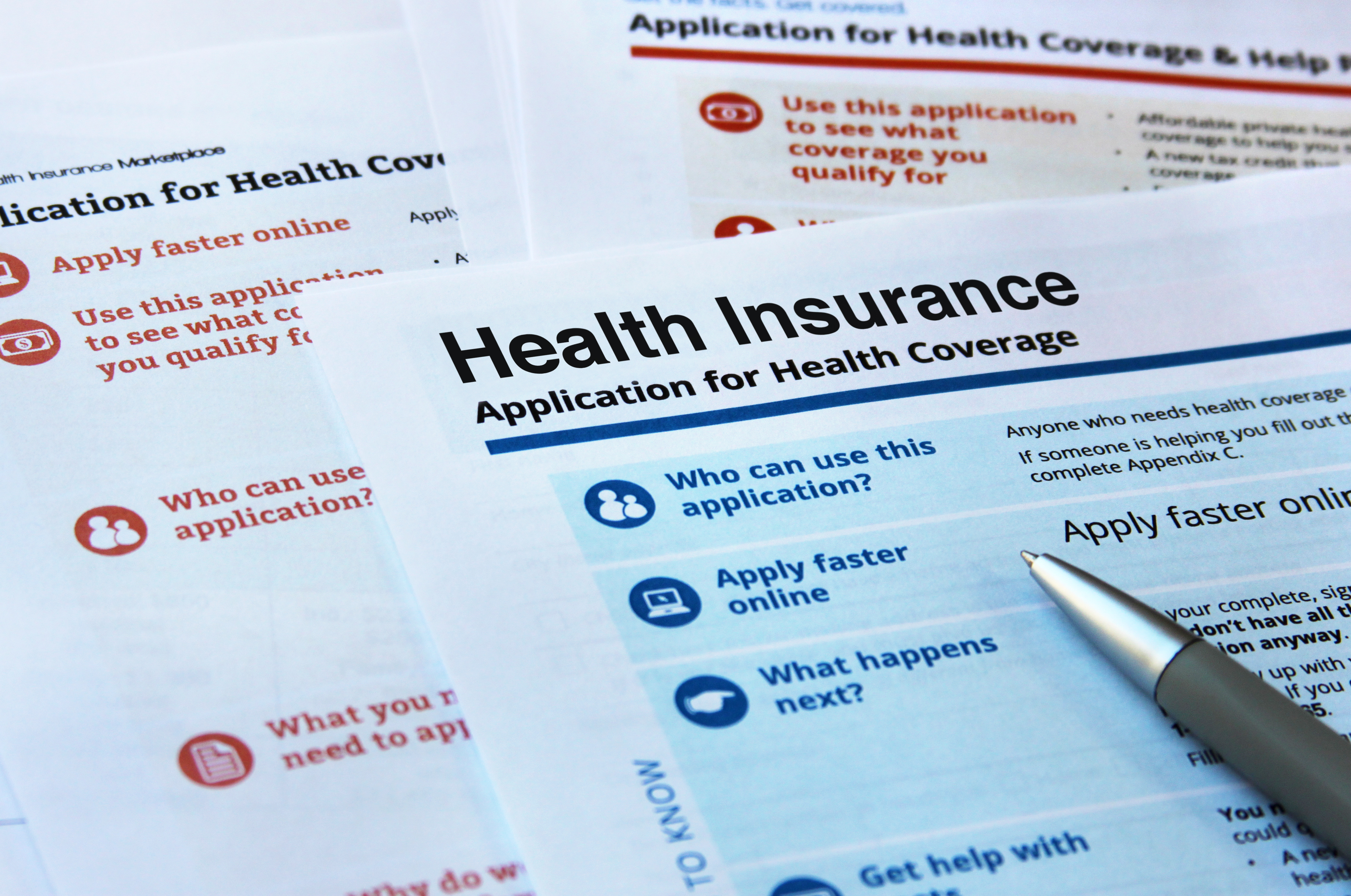 People shopping for health insurance under the Affordable Care Act (ACA) often seek assistance to navigate the complex Marketplace. This year, new Trump administration regulations meant it was easier for brokers and agents to participate in the process of signing people up for coverage, while the number of publicly funded, impartial “navigator” groups providing assistance dropped. A handful of people who spoke to the Web Integrity Project said they found their brokers helpful as they signed up during the recent enrollment period for 2019 coverage. But experts worry that the involvement of for-profit actors could carry risks.

In our most recent website monitoring report, we documented changes by the Centers for Medicare and Medicaid Services (CMS) to HealthCare.gov that emphasize broker and agent contacts. These changes may reflect a push for more involvement by commercial intermediaries on the website, which has traditionally been the main destination for those looking for insurance and Marketplace-approved plans. As detailed in our report, a key landing page on that site about ways to apply for coverage was altered midway through the Open Enrollment period. Information about mail and phone applications was removed, and a link was added leading consumers off of HealthCare.gov to a broker and agent referral system operated by a for-profit software company. Another link for finding broker contacts — previously listed towards the bottom of the page — was given prime billing at the top of the list of options.

CMS restored the phone and mail information shortly after our report was published. Still, broker and agent contacts remain the most prominent options for visitors, despite the fact that shoppers can enroll in a plan directly on HealthCare.gov itself.

The burgeoning role of for-profit actors is being helped along by a series of policy changes by the Trump administration. The rollback of regulations on brokers and agents, and loosening of rules around the kinds of plans they can sell, has made it easier and more profitable to get into the Marketplace navigation business. And an 80 percent reduction in funding to nonprofit navigator groups over the last two years has meant that the only help available for confused shoppers may well come from a salesperson with a financial stake in the process.

Sabrina Corlette, a research professor at the Center on Health Insurance Reforms at Georgetown University Health Policy Institute, says an increased reliance on brokers and agents comes with risks. While “many or most” brokers are likely pitching the plans that are best for their clients, Corlette said, their commission structures could tempt some brokers to promote the plans that make them the most money, regardless of their clients’ needs. The risk is all the more acute now that more low-quality plans have entered the market, thanks to regulatory rollbacks under the Trump administration, Corlette said. Over the summer, the administration loosened rules on “temporary plans,” which don’t need to comply with ACA regulations like limits on deductibles and mandated coverage for preexisting conditions.

“This administration is actually encouraging [short term plans] as an alternative or substitute for the ACA plans,” Corlette said. “And a lot of brokers get paid more to enroll people in these alternative products. But unfortunately these plans don’t cover very much.”

Hoping to enroll in a plan by calling the Marketplace phone number listed on HealthCare.gov, Anna Genoese, a freelance editor from Maryland, was confronted with the website’s increased emphasis on broker mediated enrollments. Despite Genoese knowing the Marketplace plan they wanted, according to Genoese, the process of calling and enrolling wasn’t so easy.

“I said, I know which plan I want, can’t you just mark it down?” Genoese recounted in an email message. “She [a HealthCare.gov call center operator] said no, I had to go through a broker, she couldn’t just write down a plan on my account, and she would connect me. She connected me to the phone of a broker. She did not offer any other options, even to just use [HealthCare.gov] to pick the plan that I knew I wanted myself.”

Genoese did subsequently speak with a broker, and was pleasantly surprised. Knowledgeable and responsive, he suggested a plan that cost less and provided better coverage than the plan Genoese had originally thought was right.

“Really nice guy,” Genoese said of the broker. But that’s not to say that the health insurance system as a whole  is working. The plan Genoese eventually settled on is still wildly unaffordable on their income. “It’s all going on a credit card just like this past year.”

Asked about Genoese’s experience, a CMS spokesperson told WIP that the agency does not direct people to brokers when they call, and said signing up for coverage via phone or through HealthCare.gov remains an option. The spokesperson added that “agents and brokers provide a valuable service in assisting consumers in understanding coverage options and making a plan selection,” and that the agency “[has] worked to make multiple avenues available.”

The increased emphasis on private sector sales staff coincides with what seems likely to be a significant reduction in HealthCare.gov enrollments this year. Heading into the last few days of the Open Enrollment period — which ended on December 15 — total signups on HealthCare.gov were down around 20 percent compared to the previous year, according to a number released by CMS as part of weekly “snapshot” reporting.

Using brokers to sign people up for Marketplace ACA insurance plans has been contemplated from the law’s inception and, as Corlette noted, having more people enrolled in Marketplace plans  — no matter how they enrolled — should strengthen the system. But the Trump administration has made no secret that this isn’t its goal. The president has said explicitly that he would like the ACA to fail, and he and his administration are currently being sued by a coalition of cities alleging that policy changes — including the defunding of navigator groups — are intended to “sabotage” the law, which, the cities argue,  Trump personally has a constitutional obligation to “faithfully execute.” The cities claim they’ve had to shoulder additional healthcare costs because the number of uninsured has climbed under the current administration.

The law has also faced legal challenges from its opponents since it took full effect in 2014, and those continue as well. A district court in Texas on Friday invalidated the entire ACA in a ruling that many observers say is destined for reversal, but nonetheless caused uncertainty about its impact on the Open Enrollment period, which came to a close the next day. CMS itself says the ruling, which did not enjoin the law’s enforcement, won’t affect enrollees as of now.

CMS has further steered people away from enrolling directly on HealthCare.gov and shifted responsibility to the private sector by increasingly allowing people seeking coverage through the ACA Marketplace to bypass both brokers and HealthCare.gov entirely. In years past, all applications, even those initiated by brokers or agents, were eventually processed through HealthCare.gov to obtain subsidy approval. Under CMS’s new guidelines for its “enhanced direct enrollment” program, approved private companies can process customer applications — and even connect them with subsidies and other benefits — directly on their own websites. The few examples that have already launched offer plans from multiple providers, and function almost as electronic brokers. CMS announced late in the 2019 enrollment period that it had approved a total of eight such companies so far which are actively enrolling customers. CMS has not yet announced how many people have enrolled through those sites.

Maureen Campion of Minnesota recently found herself using a broker to find a healthcare plan for her teenage son, who has a number of chronic medical issues. The broker she worked with was able to find an affordable, subsidized plan for his coverage, and quickly pitched a “skinny” plan for her, one of the bare-bones options that have proliferated in recent years. Campion, as a psychologist, knows the healthcare system well, and saw that the plan didn’t make a lot of financial sense.

“I’m my own little cog in this crazy healthcare machine,” she said, and as a relatively informed shopper,  she didn’t feel vulnerable to the pressures of a salesperson. She declined the plan, opting instead to take the risk of remaining uninsured. But she knows that not everyone is likely to be as resilient to a good pitch for a bad offer.

“I can see the concern: we’re putting this all in the hands of someone who wants to sell me something,” Campion said. She worries about those not as familiar with a complex and often confusing system.

“I, at least, would have known if I was getting screwed.”