Elected officials have a plethora of options to keep open communication with their constituents. So why don’t they? 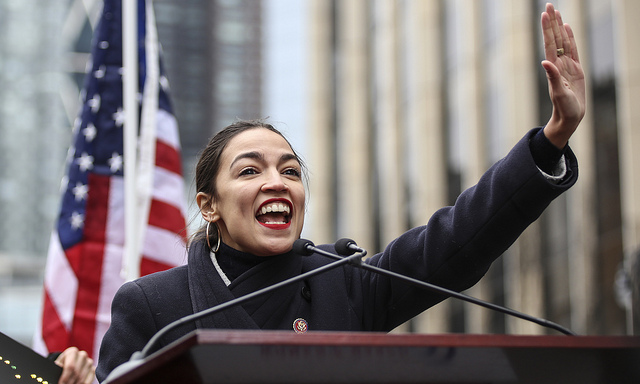 The proliferation of social media and its impact on the lives on politicians has long been established. Open government advocates have long seen Twitter’s potential as a conduit for more transparency in government, and we’ve since seen these platforms change in their political use and purpose. Many politicians now have official social media accounts, offering their 280-character takes on political and cultural events in the minutes and hours after they’ve happened. The benefits of social media for politicians have been clear – they offer a low- to no-cost means of communicating directly with voters, along with opportunities to fundraise and target messages to different demographics.

But if politicians benefit so acutely from social media, why shouldn’t their constituents? Given how few Americans fully understand the lawmaking process, perhaps our elected representatives should use their privileged positions to educate the public on the inner-workings of Congress and governance. After all, a fair and representative democracy depends on an active and engaged citizenry.

The social media age is rife with opportunities for the constant and continual sharing of information about the policymaking and the governance process. And seeing as open government issues have often been advocated by both sides of the aisle, this changing of the status quo offers a unique opportunity for a united commitment to transparency in nontraditional forms.

Some newer members of Congress have embraced this form of transparency – through Instagram stories and other live-streaming social media tools. Beyond the open government movement’s original aspirations for social media, new political uses for online platforms include movement-building and bringing previously unplugged groups into a lively discussion about what should happen in in the capital.

Alexandria Ocasio-Cortez made headlines when she guided Instagram followers through the early days of her entrance to Congress, and shared her thoughts about the process after hours, prepping dinner. And while most have dismissed her success on social as typical of a millennial, a more nuanced take on the power this kind of transparency has on bringing a more diverse group of citizen participants into American politics is needed. While she is not the only Congressperson adapting to our new online reality, she has been one of the most vocal representatives for the open government movement among the current freshmen class of Congress.

Social media live-streaming, and up-to-the moment commentary are, in many ways, the pinnacle of radical transparency in governance. While any number of legislative staffers might review a tweet before posting it to a representative’s account, Instagram stories are happening in the moment, offering an unedited look at the poster’s life in that very moment. The use of these tools has shifted the paradigm of social media in politics – rather than offering followers a clear-cut political statement, Ocasio-Cortez has used them as a means of continual conversation. She answers questions from her Instagram followers, and posts the answers where everyone can see. She breaks down complex policy concepts into language that people from all walks of life can understand in the context of their actual day-to-day lives. She has taken informal polls through her social media to understand her constituents’ interests. When something seems strange or out of place, she opens and encourages conversation with her followers.

Here at Sunlight, we’ve long advocated for governments to take their commitments to open and participatory government to the next level by working with residents to draft, review, and weigh in on government policies. Proactively encouraging participation from the public ensures government officials remain committed to meeting the needs of their constituencies, the directive under which they’ve been elected. Using social media as a conduit for feedback may encourage participation from underrepresented populations as well, highlighting voices often left out of more traditional forms of collecting public opinion.

The crux of Ocasio-Cortez’s social media strategy is clear – she positions herself as among her constituents – rather than above them. She operationalizes the idea of ongoing feedback, of two-way conversation, that we see as the ideal representation of open government. In turn, people accustomed to merely witnessing political happenings have the opportunity to see themselves in her position, and may even consider their own political ambitions. And more widespread public participation in the political process is a boon for a more representative, inclusive government.

While social media can be an important transparency tool, it’s important to understand their limits, in terms of reach and inclusivity. Record numbers of Americans are online and using smartphones, but data suggests we’ve reached a plateau short of total saturation. Some groups face barriers, such as limited access to high-speed internet in rural communities, which may exclude them from the online conversation.

Still, social media in politics is here to stay – that much is clear. A commitment to transparency in government should span across the aisle, and emerging forms of social media live-streaming and other new transparency tools allow government officials to embrace the value of tech-enabled, truly open government. Representatives should embrace this important way to connect with constituents and share information they may not have considered worth sharing before. Only through openness and active encouragement of public participation can our political system truly serve us all.