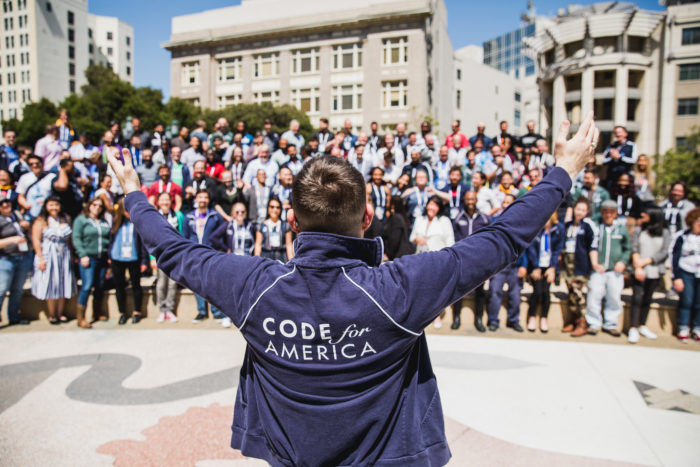 Two of the largest gatherings for open government advocates and civic technologists took place in May of this year. Thousands of civic technologists, open government advocates, government officials, and representatives of NGOs traveled to Ottawa for the annual Open Government Partnership Summit and Oakland, California for the Code for America Summit. While the two convenings differ in terms of scale and audience, both convenings asked attendees to pause and reflect on the values and goals at the heart of their movements.

As open government and civic tech evolve, Sunlight and its partners will need to adapt to a new field in which funders and citizens alike are increasingly interested in impact, equity, and intentional design.

We’ve long recognized the power of data and technology in open government — the very principles by which civic technologists survive. But this year, we saw a notable shift from looking inward at government problems to turning outward to confront long-standing inequalities based on race, gender, and class. Code for America kicked off the Summit by sharing successful state-level projects with real social impact: an application with the power to clear criminal records of thousands of Californians along with efforts to streamline the process to apply for vital social services.

At the OGP Summit, the Canadian government announced its public commitment toward inclusion across all identities, setting the stage for politicians, advocates, and technologists to discuss these issues throughout the following week. Functionally, the Summit succeeded in hosting more women than men as speakers for the first time in history, and the partnership anticipates seeing a rise in the number of national governments making inclusion commitments as part of their National Action Plans.

In both spaces, government representatives had the opportunity to learn about how taking equity and impact lenses to their work might help them become more open, efficient, and effective. But in both spaces, audiences struggled to understand where to go and how to have an impact beyond what governments think is important. Across the board, conversations that aspired toward discussing broad ideals of inclusion seemed to stall when the question became how to actually “do” it.

Challenges around government procurement were discussed at both convenings this year. Streamlining and simplifying what is often a cumbersome and convoluted procurement process opens the door for smaller, local, and minority- and women-owned businesses to compete for City contracts. Advocates and technologists from OGP to CfA agreed that opening contracting data and making bidding processes more responsive are significant steps cities can take to empower the small businesses in their community, creating more jobs and invigorating local economies.

On an international level, OGP highlighted the ways in which cities might share contracting challenges around the world, despite different environments and levels of corruption. From Semarang, Indonesia to Los Angeles, California, cities all struggle to publish standardized data on contracts, from advertisement to payment to quality of implementation. And at CfA, attendees got in the weeds about how mission-driven government vendors suffer in competing with behemoth consulting companies or more traditional vendors who, in a way, help sustain the inefficient processes in city governments by using them to their competitive advantage.

We recognize that transparency, accountability, and accessibility of contracting information are critical to keep businesses, officials, and other stakeholders apprised of how cities do business. For the last year, we’ve worked with the Open Contracting Partnership and the City of Los Angeles to empower small, local, and underrepresented businesses to bid for City contracts. We’re just beginning our work on inclusive and participatory procurement, engaging continuously with city residents and small businesses to ensure their voices are heard in their governments’ efforts toward reform. And we’re encouraged that participants in both of these movements are recognizing the importance of focusing in on this space.

Lots of questions: What’s next?

It’s clear the priorities of the open government movement are evolving to keep pace with the environment it must work within. As we continue to expand our work with municipal governments and open data, we’re always exploring new areas of engagement, and eager to tackle larger questions on the direction for open government advocates and civic technologists:

Have ideas of your own? Share your thoughts on the future of open government work with us at opencities@sunlightfoundation.com or @SunlightCities on Twitter.