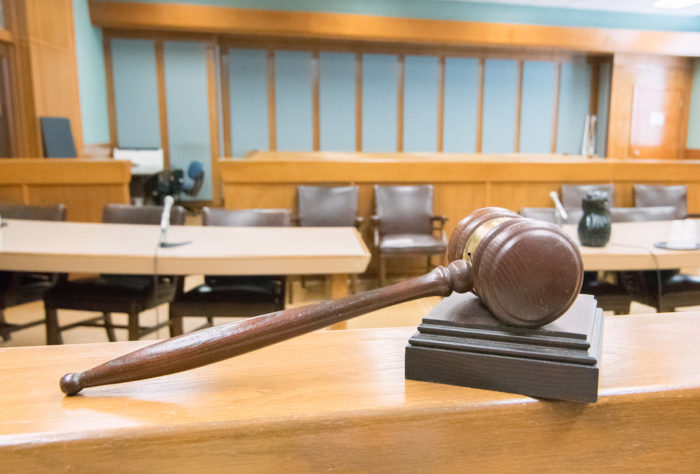 An obscure federal law that sets minimum standards for information disseminated by federal agencies may be getting an unlikely new life, after years as a weapon of big business. If the lawsuit making its way through the Federal District Court of Massachusetts is successful, it will put new muscle behind the Information Quality Act (IQA), and force the retraction or correction of a flawed government study about immigrants and terrorism.

The latent potential of the IQA as a tool to ensure the accuracy of information on federal websites has intrigued us here at WIP, even though the law deals with information quality, which is outside of the scope of our current work. Our reports frequently note the removal of information without notice, and sometimes explore how online messaging comports with official policy, but we’ve never sought to evaluate the quality of information in significant depth. Still, the idea that there may be a way for private groups or individuals to effectively challenge government information would be important for the integrity of the federal web, where so much government information is disseminated.

The Massachusetts case has its origins in a joint report titled “Protecting the Nation From Foreign Terrorist Entry Into the United States” produced in early 2018 by the Department of Justice and the Department of Homeland Security. Its release followed Trump’s Executive Order 13769, barring immigration from seven majority-Muslim countries.

Critics immediately seized on its conclusions as deeply misleading. The report focused on foreign-born individuals convicted of terrorism offenses and left out domestic terrorism — a significantly larger category — entirely. The report also included in its totals of foreign terrorists convicted in the U.S. terrorists arrested overseas and tried in the U.S., irrespective of where the terrorist act took place. The report echoed and seemed designed to bolster an inaccurate statement made by President Donald Trump before a joint session of Congress in 2017, in which he attempted to link terrorism and immigration, and for which he was widely criticized. “According to data provided by the Department of Justice,” Trump said then, “the vast majority of individuals convicted of terrorism and terrorism-related offenses since 9/11 came here from outside of our country.”

In February of 2018, the groups Democracy Forward and the Brennan Center for Justice, along with attorney and editor Benjamin Wittes, sought to force the DOJ to correct the report’s misleading conclusions with a formal “request for correction” under the IQA. Passed in 2001, the IQA requires the Office of Management and Budget to lay out minimum reliability standards for information produced by the federal government, and provides an avenue for interested parties to file “requests for correction” if they believe government information doesn’t meet the standard laid out by OMB.

The groups’ complaint argued that the report was “rife with inaccuracies, methodological flaws, and a lack of transparency and objectivity,” and asked for it to be corrected or rescinded. While DOJ subsequently acknowledged that the report had flaws and “could be criticized by some readers,” it has declined to take other action. The report remains online at this time.

In years past, the agency’s rejection of the groups’ request for correction would likely have been the end of the story. In the few instances where courts have addressed the IQA, they’ve never ruled definitively that the law is subject to judicial oversight. Instead, courts have mostly let agencies and requesting parties work out the resolution on their own through an administrative process. In most cases, agencies simply deny those requests they deem meritless after mandated appeals. In that sense, the IQA can be a headache for agencies, but they can’t be ordered to comply with a request under the law.

Ben Berwick, one of the attorneys working on the Massachusetts case, said the DHS/DOJ report at the center of this case was so flawed that it was an instance where it was worth pushing for its correction.

“It should raise alarm bells when the government is willing to lie to advance its policy preferences. That is something you see in autocratic regimes,” said Berwick. “And so we thought it was important to push back on this misleading and outright false report, particularly when it was being used to advance such a false narrative about a vulnerable community in order to advance such restrictive immigration policies.”

That civil rights-focused nonprofits are attempting to use the IQA in this case is unusual. Since its passage, the law has often been viewed with skepticism by transparency and good government advocates, who believe it was designed less to maintain the rigor of government information than to allow special interests to influence federal research.  Slipped quietly into a 2001 appropriations bill by a future tobacco lobbyist, it has been used by salt producers to challenge government research on the health effects of sodium, and pesticide manufacturers to question research on the dangers of their products, to name a few. It’s also been used in other ways, by conspiracy theorists seeking to challenge the official findings of the attacks of September 11, 2001, and by those who question the safety of fluoride in drinking water.

Jim Tozzi, a former OMB official whose career spanned four administrations, from Nixon to Reagan, was the driving force behind the IQA. He drafted the legislation and had it added to an appropriations bill as a rider in 2001. A gregarious 81-year-old former New Orleans jazz musician, he’s not shy about the IQA’s origins as a tool for industry to challenge government regulation. That’s the business he’s in, he says, as the president of his industry-funded Center for Regulatory Effectiveness. He’s also not surprised to see that it would be used by others. It’s an equal opportunity tool, he notes.

“There’s no doubt that we were funded by industry,” Tozzi says, noting that his group is not a charitable organization, it advocates on behalf of clients. “But we couldn’t have proposed a one-sided act.”

Tozzi says he would be pleased to see the IQA strengthened by the courts, and he’s not surprised that groups outside of industry would see its potential to influence government information. He thinks nonprofits have historically been reluctant to litigate the IQA because of its history as a fairly unadorned anti-regulation tool. But that’s starting to change under the Trump administration.

“I knew at some point in time, the NGOs were going to use it,” Tozzi says. “I kept on telling everyone, you just wait.”

No one has followed the law’s history more closely than Tozzi and his organization, and he says he’s seen a dramatic increase in inquiries from nonprofit advocacy groups in recent years, to whom he gladly offers his advice. Tozzi may have made his business as an advocate for industry but he will cross ideological divides, like when he teamed up with progressive advocates a few years ago to push for medical marijuana nationwide. Asking himself, rhetorically, why NGOs would come to him, he says it’s because “I work with the right, and party with the left,” adding, “I used to be a jazz musician.”

The Massachusetts case is still in its early stages, with the government still hoping it will be dismissed. But a ruling that could come from the court at any time will address what might be the most consequential question at issue: whether the court has the authority to rule at all.

The government maintains in its filings that “the IQA does not confer any legal rights on private parties to compel the correction or retraction of allegedly inaccurate information.” They rely in particular on a ruling involving a trade group for salt manufacturers that found that the courts had no such authority. The plaintiffs believe the court in that case was addressing a much narrower question about access to the data underlying government conclusions, and contend that courts do have such jurisdiction.

“Frankly, there are not a lot of legal tools available to push back on the propaganda and misinformation coming out of these agencies. We think the IQA is one such tool, and that Congress intended for it to have some teeth.” Berwick said.