Endorsements and mentions by newspaper editorial boards about the Sunlight Foundation’s policies and projects.

Most recent items are listed first. Filter by month and year to find older items.

The MetroWest Daily News (Mass.) — Through its Open States project, the Sunlight Foundation, which advocates for open government, recently put the legislative websites of all 50 states to the test. It evaluated them on completeness, timeliness, ease of access, machine readability, standards and permanence of records, then compiled the scores and gave each state a grade.

Massachusetts scored a solid F, with a combined score of –1, the lowest score given.

The Asheville Citizen-Times — The other battle over campaign disclosures comes at the federal level. As Lisa Rosenberg of the Sunlight Foundation says in her column on this page, the U.S. Supreme Court is expected to rule soon on McCutcheon v. Federal Election Commission. It could strike down a longstanding cap on contributions and allow a single donor to contribute more than $3.5 million to one party during an election cycle.

Considering the court’s ill-advised Citizens United decision in 2010, which led to $1 billion in contributions from “outside” groups in the 2012 campaign, it’s time for Congress to act. We agree with the Sunlight Foundation’s recommendation that Congress mandate that contributions of more than $1,000 to candidates, committees or political parties be disclosed within 48 hours.

The Reno Gazette Journal — If the court does toss out the cap, it will become more important than ever that the voters know who is spending large amounts of money to get individual candidates elected. At the same time, donors and PACs are working to allow more secrecy in election spending. The Sunlight Foundation is recommending legislation that would mandate disclosure of all contributions of $1,000 or more to parties, candidates and political committees within 48 hours of receipt. Only if they know who candidates are getting money from can they determine who their elected officials are really representing: the voters who elected them to office or the moneyed interests that paid for their campaigns.

The Washington Examiner — Enthusiasm for old-fashioned dirty politics – including back-room deals, vote-buying with earmarks and log-rolling – is making a comeback. Shocking as that might be for folks who thought the banishment of earmarks a few years ago marked the end of congressional corruption, what is also unexpected is who are the most vocal advocates of the revival. As the Sunlight Foundation’s Bill Allison pointed out Friday, the push comes from liberals like the Atlantic’s Jonathan Rauch and Slate’s Matthew Yglesias.

The New York Times — In November, when the Internal Revenue Service finally stirred itself to propose a modest crackdown on the abuse of the tax code by political groups, it was immediately attacked by tax-exempt nonprofit groups on the right. That wasn’t too surprising; secret donations from conservatives to these groups are the principal reason American politics is now dominated by those with huge bank accounts.

But now liberal tax-exempt groups are also raising their voice in protest over the I.R.S.’s plans, afraid that they will be caught in the same crackdown, and will be unable to engage in political activity. The best thing the I.R.S. can do is to ignore both sides and proceed swiftly ahead, making its proposed rules even stronger to squeeze the influence of money out of politics.

The New York Times — The anonymous congressional staff members who write the nation’s laws generally work hard for fairly modest wages. Increasingly, though, they do so because there is a promise of K-Street riches at the end of their toil.

A new study by the Sunlight Foundation found that the number of active lobbyists with prior government experience has nearly quadrupled since 1998, rising to 1,846 in 2012. Those revolving-door lobbyists, mostly from Capitol Hill, accounted for nearly all of the huge growth in lobbying revenue during that period, which increased to $1.32 billion from $703 million in 1998.

The Beaumont Enterprise (Texas) — Another week, another ethical misstep by U.S. Rep. Steve Stockman. It’s typical behavior from Stockman, and it reinforces how unsuited he is for the U.S. Senate.

His latest shenanigan is failing to report to the Federal Election Commission at least $16,000 in donations to his re-election campaign last year by political action groups, according to the Sunlight Foundation. In addition to that $16,000, the Houston Chronicle discovered another $5,000 PAC donation that wasn’t reported last year.

The Mountain Press (Tenn.) — According to Influence Explorer (influenceexplorer.com), which lists political campaign contributions, he’s received over $7,000 in campaign contributions since 2010 from Tennessee Wine & Spirits Retailers Association, Wine & Spirits Wholesalers of Tennessee and the Wholesalers Association PAC, all of Nashville. Still, those donations make up less than two percent of Overbey’s total reported campaign finance.

The Washington Post — The shady transfers and mysterious groups found in the last election cycle are more typical of drug runners or tax evaders. The donors to the conservative network are not such nefarious people, but why then do they use the same tactics? What do they fear from disclosure of their political investments? Are they ashamed of their positions or their candidates, or of their role in supporting them? Voters know that these donors are trying to hide something, and that only creates more suspicion and cynicism. The Koch brothers and others with great fortunes are adults, and if they want to participate in campaigns, they should stand up for what they believe in and do it in the open.

The New York Times — Withholding the opinions of the Office of Legal Counsel, which provides legal advice to the president and executive agencies, is deeply troubling. The office’s advice often serves as the final word on what the executive branch may legally do, and those who follow that advice are virtually assured that they will not face prosecution. 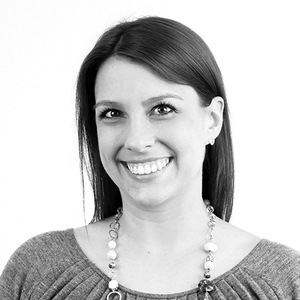