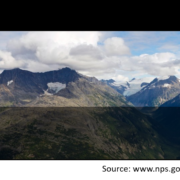 The National Park Service (NPS) removed 92 documents describing park climate action plans from their website. The NPS claimed that the removals are temporary while reports are updated to improve usability compliance, but no advance notice, public Web archive, or explanation why the documents could not remain on the site until material is prepared was provided.

As is now showing up all over the social web and news reports, the site Recovery.gov – which was set... View Article

Yesterday, the Inspector General of the Department of the Interior released multiple reports revealing widespread corruption in the Mineral Management... View Article

The San Diego Union-Tribune reported recently about a curious case involving four California Indian gambling interests and how they obtained federal approval for a major and lucrative expansion of their operations. The paper described the incident a "major embarrassment" for the U.S. Department of the Interior and a "potential scandal unfolding from within."

Four tribes had been pushing legislation in the California state legislature to ratify a major expansion of their gaming operations. Specifically, they are hoping to gain approval to increase dramatically the number of slot machines at their casinos, constituting "one of the largest gambling expansions in state history," according to The Union-Tribune. It would also make the casinos some of the largest in the country, and the tribes would be looking at huge future profits. A group of gambling opponents, No on the Unfair Gambling Deals, filed an initiative that is forcing a February 5th statewide vote that if passes will nullify legislation that ratified the agreements. In September, despite the pending referendum, California's secretary of state, saying that state law requires it, sent the agreements via Federal Express to the Interior Department for approval.

And this is where it gets really interesting.