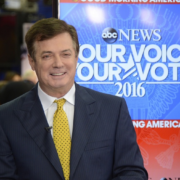 A new Justice Department report gave a mixed review of the execution of FARA, highlighting the need for greater enforcement of disclosure rules and citing frequent delays and lack of follow up.

In a letter to members of Congress, Assistant Attorney General Peter Kadzik announced this afternoon that the Justice Department was ending its investigation of Lois Lerner and the IRS' treatment of Tea Party groups.

A six-month pilot program led by the Justice Department will increase disclosure of information at several agencies by requiring that records released under the Freedom of Information Act be shared publicly.

Yesterday, the Internet was all abuzz over the revelations related to an investigation into Rep. Jane Harman’s wiretapped conversation with... View Article

According to the Los Angeles Times, the leading candidate to head the Justice Department’s Office of Legal Policy is Mark... View Article

According to Secrecy News, the incoming Attorney General, who will be confirmed later today, has stated his position that Office... View Article

Attorney General Alberto Gonzalez claims that mistakes were made, he knew nothing about the actions of his chief of staff, and that he will “assess accountability” at Justice. So far this looks like really poorly orchestrated damage control. That’s the new news. Earlier today the Justice Department released the old news, a document dump of e-mails between Gonzalez’s now ex-chief of staff Kyle Sampson and White House officials including then-White House Counsel Harriet Miers. We know from the Washington Post story, and from McClatchy’s reporting over the weekend, that Sen. Pete Domenici and other New Mexico Republicans were instrumental in getting U.S. Attorney David Iglesias canned. The question is whether this was determined after Iglesias says that Domenici pressured him over indictments.