Take a scroll down memory lane.

On Sept. 11 and 12, 2015 we hosted our 7th annual TransparencyCamp in Washington, DC. TCamp15 brought together journalists, civic hackers, policymakers and folks from all walks of life to share their knowledge, think up new ideas and create unique tools — all with the goal of making government more open. Whether it was a crowded session room, a quick chat by the coffee hub or one of the engaging lightning talks, the level of dialogue and debate about open data and transparency at TCamp 2015 was expansive and inclusive — and it was all made possible by you! Unconferences truly are fueled by the attendees, and we couldn’t have asked for a more passionate and dedicated group to champion the cause of opengov. Read the wrap-up post on our blog.

On May 30 and 31, 2014 we hosted our 6th annual TransparencyCamp at George Mason University- Arlington Campus. TCamp14 featured more than 500 attendees, including 186 first-timers, from nearly 30 states and 20 different nations. Some of the key take-home themes that emerged from TCamp14 was the need to learn from each other (across cities, states and countries), to iterate and build on existing work and to do better to connect non-tech with tech inside government, nonprofits and academia. Check out our blog post wrap up with highlights and summaries of the conference.

On May 4 and 5, 2013, with the help of the George Washington University’s School of Media and Public Affairs, more than 500 participants from over 25 countries and 33 states took over the Marvin Center at GW for an epic meeting of the minds. Not only was TCamp 2013 our largest TCamp to date—with a chart-topping 500 participants from more than 25 countries and 33 states—but it was also our strongest. More than a reunion of old friends fighting the same fight, this TransparencyCamp was a veritable democratic laboratory, with scientists from different backgrounds, countries and creeds coming together to share their experiments, find collaborators, and bring new ideas back home for testing and tweaking. Read the wrap-up post on our blog.

On April 28 and 29, 2012, more than 400 attendees from over 27 countries and 26 states came together at George Mason University in Arlington, Virginia to build the community and share ideas that will shape the open government movement for years to come. We also co-hosted a hackathon with the Voter Information Project to lay some vital civic code prior to the 2012 presidential election. To get a glimpse of the action, check out the video to the right. More details in our recap blogpost here.

In April 2011, we brought the spirit of #opengov to the offices of Microsoft in Chevy Chase, Maryland. It was also the start of two prominent programs, the TCamp Scholarship Program and the TCamp International Program, now staples of our annual event and a chance to demo some new tools to fuel our particular spin on the unconference model. About 250 people from across the country and the world joined us for a weekend of mind-hacking, community-building, and data-scheming. Check out the video to the right and this recap to learn more.

Our third TransparencyCamp, TCamp 2010, was held at George Washington University’s Graduate School of Public Management on March 27 and 28. For two days, over 100 people gathered to wrestle with the Open Government Directive, the imperatives of mid-term elections, and the shifts taking place in the media market. For a peek, check out the video to the right and peruse the links below.

Our second TCamp took a trip to the West Coast. Hosted by Sunlight and Google, TransparencyCamp West gathered more than 150 Campers together in Google’s offices in Mountain View, California for the weekend of August 8, 2009. Many of the larger scale projects to come out of TCamp started germinating here. 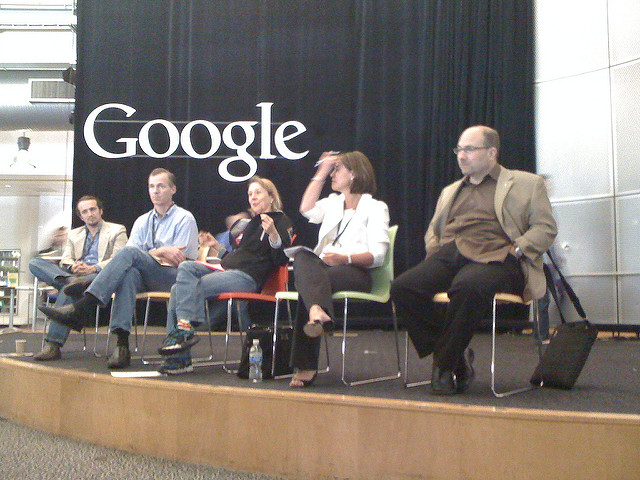 The very first TCamp! In the beginning, TransparencyCamp was just an experiment to see if it would be possible to bring together “open government advocates from all walks — government representatives, technologists, developers, NGOs, wonks and activists — to share knowledge on how to use new technologies to make our government transparency and meaningfully accessible to the public.” On Feburary 28 and March 1, nearly 100 people converged at the Institute for Politics, Democracy & the Internet at George Washington University. The rest is history.

TRANSPARENCY CAMP
About TCamp
Past Camps
What's an unconference?
Host your own