I just published what will likely be the last update in 2010 for the Congress app for Android. It’s a small update that asks upgrading users if they’d consider making a small donation to the Sunlight Foundation, if they’ve found the app useful. 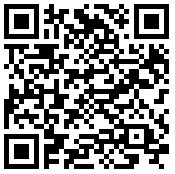 2010 was a great year for the Congress app. Well over 300,000 people have downloaded the app, it’s been well reviewed, has been a featured app in the Android Market, and has been featured by T-Mobile and Sprint in their respective channels. Over the course of 2010, we added comprehensive information about bills, voting history, and background notifications for just about everything in the app.

We plan on expanding the Congress app even further for the 112th Congress. Much of this will come from the upcoming Real Time Congress API, bringing in updates from the House and Senate floor, video from the House, committee hearings and schedules, and loads of official documents.

In the slightly longer term, we plan on supporting Android push notifications for all of these things, as part of a larger notification service we’ll build on top of the Real Time Congress API. This service, though it’s still a ways off, has the potential to be very cool and highly useful, and the Congress app for Android will be an early adopter.

Thanks to Google for sponsoring an awesome Google Summer of Code student to work on the Congress app this summer, and special thanks to the many people who wrote in this year with suggestions, praise, and bug reports – the Congress app is much better for it.