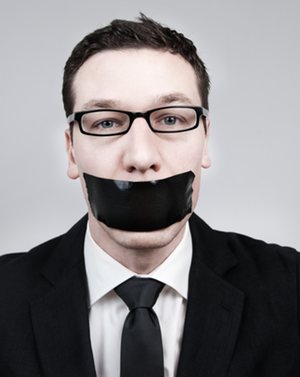 Are the PR flacks of the Obama administration against government transparency? If not, then why have some instituted media policies that effectively gag federal scientists, sometimes preventing them from informing the public via news media about federal scientific research, data and policies? (I suspect there are many government flacks who are frustrated by these policies, but must enforce them as part of their jobs.)

This week, Sunlight staff shared and discussed a damning article in the Columbia Journalism Review about a disturbing trend: federal agencies such as the Department of Health and Human Services (HHS) are establishing guidelines for interacting with the press that subvert the role of their public affairs departments. My counterparts within government are now less likely to help reporters understand scientific data; instead, they serve as gatekeepers whose primary role seems to be to thwart the public’s right to know.

At first, I thought my co-workers at Sunlight reacted with a knee-jerk disdain for public relations work because the guidelines route press calls through a centralized communications team instead of letting journalists dial government scientists directly. But, reading the CJR report, which is informed by a survey of science, health and environmental journalists conducted by CJR and ProPublica, I realized these policies aren’t about ensuring consistency of message (unless you count silence as a message) and efficiency. They were about censorship.

It’s ironic that such policies stem from the White House’s efforts to ensure scientific integrity and public communication. This memo [PDF link, which is frustratingly an image PDF] states that such policies should allow for “openness and transparency with the media and the American people.”

But that’s not what’s happening, and that’s a shame as it tarnishes the reputation of other sound public relations professionals. (There are many of us, even in DC!) There’s something to be said for having a good public affairs office that routes inquiries so that the agency is coordinating its messaging for accuracy and consistency. That’s what we do here at Sunlight. Sure, there may be times when a reporter gets through to our spokespeople directly, who grant the interview and then tell my team about it. But for the most part, I try to ensure Sunlight’s Communications team is the first line of contact with reporters (and others), so that we can figure out who’s the right person to help, what pertinent projects/blog posts we can promote to provide better context and, finally, make sure the interview happens on time. We also keep track of press inquiries to spot trends in what topics are gaining popularity (sometimes prompting us to coordinate research and post relevant updates to our blogs) and keep on top of who’s interested in specific topics (so we can pitch to them in the future).

This is not the same thing as what CJR describes is happening now in the public affairs departmemts in agencies like HHS, the Environmental Protection Agency and the Federal Drug Administration. And, as these are new media relations policies, they’re not a sign of bureaucratic business as usual. For example, CJR describes the obstructionism Felice Freyer, who chairs the Association of Health Care Journalists’ Right to Know Committee, encountered in trying to get an interview for an article in The Providence Journal, where she has covered the medical beat since 1989:

Unsure which press officer to approach, she filled out the “Timely Response E-mail Form” on the agency’s website. Several hours passed with no response, so she called and spoke with a press officer. He suggested that Freyer e-mail her questions to him, which she did. Nothing. When she called again two days later, the press officer said he was waiting for a response from his superiors. He suggested that she resubmit her questions for a third time. She did, to no effect. Several more days passed and she sent yet another e-mail asking if she could expect answers, and if not, why. “At this point, all we can say is that the FDA is continuing to look into these cases,” the press officer replied.

[There’s more I could excerpt, but I highly encourage you to read the full CJR article instead.]

Sunlight’s Reporting Group journalists also often face the same deliberate impediments by administration public affairs officials. Just as the reporters surveyed in the CJR piece, they’re left hanging when requesting interviews, and after weeks (or even months!) of persistence, told they can only cite government officials on background. Citing unnamed sources hurts the credibility of journalism, which can be further compromised if later challenged to prove the truth of such unattributed statements. Likewise, Sunlight’s own experiences in trying to obtain government information using Freedom of Information Act (FOIA) requests reinforce the notion that the Obama administration has not lived up to its promise to be more transparent. So much for our ability to report and shine a light on the government in a timely fashion. (This also frustrates yours truly, who sees news cycles come and go, knowing we have a good analysis to inform the public debate that can’t be published and pitched because we can’t get the information we need out of the government.)

President Obama won the hearts and minds of many American voters with promises to open up government. His administration made initial strides to deliver on that promise, establishing policies like the Open Government Directive and making government data available online for anyone to access on Data.gov. The thing is, you can’t just report on data in a vacuum. It needs to be explained and contextualized by experts. And those experts are being muzzled by policies that reek of obstructionism and an outdated culture. These policies likely prevent the administration’s PR flacks from helping to get the word out on news that would even make the administration look good. It’s as if the public affairs departments have forgotten they serve the public interest — let’s not forget it’s our taxes that pay for their salaries.

We can’t stand for this. If you’re in DC, I encourage you to RSVP right now for an event this coming Monday at the National Press Club that will focus on this precise issue organized by the National Press Club, CJR, the Society for Environmental Journalists, Association of Health Care Journalists and Reporters Without Borders. And, if you’re a journalist, I urge you to cover this topic. Besides the groups listed above, there are many others working to ensure scientific integrity like the Union of Concerned Scientists and government transparency. Our media policy is simple: contact our Communications Manager Liz Bartolomeo or me (gab at sunlightfoundation dot com). We pick up our phones and reply to emails promptly, promise!