“Guess Who’s Coming to TCamp12” is an mini-series we started to introduce some of the faces you’ll see at TCamp, something we hope will be useful to attendees and non-attendees alike. This week, we’ve highlighted Ohio advocate, Beth Sebian and Transparency International Slovakia’s Matej Kurian. Today, we bring you a few of the TransparencyCamp Scholars.

The TransparencyCamp Scholarship program was started as part of our 2011 Camp. It’s an application driven process that provides partial travel stipends for folks from around the country (and the world) to come to Washington, DC to join us for Camp. This year, we accepted 10 Scholars — a mix of long-time and first-time opengov activists, developers, journalists, and thinkers. Like last year, we’ll do a round-up of the full list of Scholars post-Camp, but first, here’s a sneak peek at these awesome peeps: 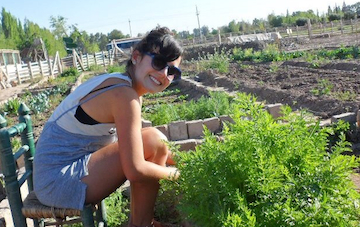 Think food policy has nothing to do with transparency? Think again. From the data held by government agencies like EPA, FDA, and USDA to having access to the meetings and records of government boards charged with setting local policy, those invested in food distribution, quality, and regulation have plenty of concerns that overlap with us transparency geeks. When asked why Yvette in particular wants to come to TransparencyCamp, she answers:

I want to learn about building transparency in the government on a national and local level in order to create a food system that is healthy and just for everybody. Transparency to me means efficiency and increased citizen participation in decision-making, and I think that is the only logical way to improving the current food system that we have here in the U.S. 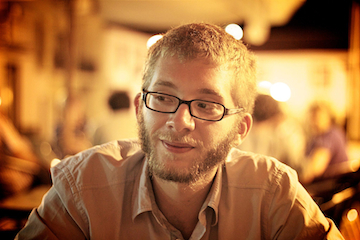 Nuno is a civic hacker whose interests in open civic data have led him to work on a variety of different projects. His first was to open up the Portuguese State Budget, making it available in JSON. Using this information and the Open Knowledge Foundation’s “Bubble Tree” (a way to display interactive visualizations of spending data), Nuno went on to create visualizations for both the Portuguese 2012 State Budget and the Azorean 2012 Autonomous Region Budget.

Currently, Nuno is sinking his teeth into the meat of Portuguese legislative data. “For the last 6 months (and for the next 6 months) I’ve been working on my Master’s Thesis: in a nutshell, I’m transforming three years of Portuguese Legislation’s .PDFs into open data.” Knowing that the TransparencyCamp community is full of civic hackers from all over the world who work on legislative data and others who can provide help insight on the use and governing of this information, Nuno hopes to lead a session at TCamp about his work:

“Opening the Portuguese Legislation: What useful information lies in the documents?” was the name of the session I proposed [on Google Moderator]. As I said before, I’ve been working for the last months on an open legislation project. The objective of this session, besides sharing the project, its development status, and the “bumps along the way”, would be to think what more information lies in the legislation texts. Which and what entities are present in those texts? People, Organizations? What do we gain by processing, discovering and interlinking that information and not just publishing its text? How could mapping that information add more transparency in the legislative process? Questions for the debate, and at the end, I hope, new and better ideas. :) 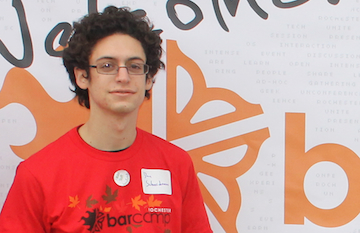 Dan says that he got into the world of opengov-ery because of his “passion for playing with big data and seeing how it can be used to help people.” Building off his experience at TCamp 2011, he hopes that TCamp 2012 will be an opportunity to explore new possibilities for future projects and how he can become involved with the transparency movement after he graduates.

To kick off this exploration, Dan plans to brings to TCamp the fruits of an independent study of government data he’s been working on using the javascript library D3. His study mashes up information from Data.gov, the Open States API, and a large collection (340,000!) of tweets relating to Super Tuesday that he scraped. Want to learn more? Find Dan’s session at TransparencyCamp.

Join us at TransparencyCamp April 28th and 29th just outside of Washington, DC to meet Matej and other folks — inside and out of government — who are working to making our government more open, accountable, and transparent. Register today at http://transparencycamp.org — and hurry! Space is limited.