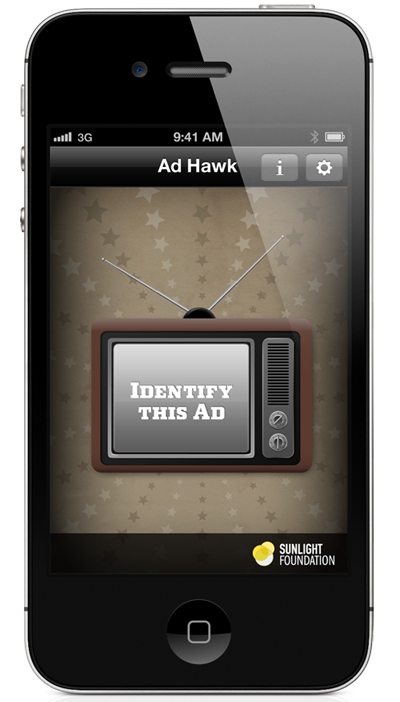 Since we launched Ad Hawk a few weeks ago it’s been downloaded thousands of times, featured as an Essential App by Gizmodo and praised by many media outlets. We’re most excited to see users actively using it to learn more about congressional and presidential ads as they air – download the app here if you haven’t already. To keep building on this early success we’re constantly scouring the web for new ads for our database and improving the project.

If you visit adhawk.sunlightfoundation.com you’ll see a number of new features that make it the go-to resource for learning about and searching for political ads. In the upper right corner you can now take advantage of ElasticSearch that allows you to find ads by the title name or sponsor. You can also narrow your search results by sponsor name, type of funder or party affiliation. This is especially helpful when you browse the database of more than 2,300 ads when searching for a commonly used term like “freedom” or “Obama.”

Another exciting addition is a glossary of terms commonly seen throughout the app and used when discussing campaigns. Little question mark buttons appear next to defined terms whenever they appear throughout the app for quick reference. From 501(c) Organizations to Dark Money and Independent Expenditures to Super PACs, our new glossary gives an at-a-glance reminder on the players and tactics attempting to influence your vote this election.

Other minor additions include improvements to social sharing and honing the technology for pairing audio with ads. We’ve received great feedback from the community and are always looking for more, get in touch with us here. Thanks for checking out Ad Hawk and we look forward to adding more features and ads as the campaign season heats up.