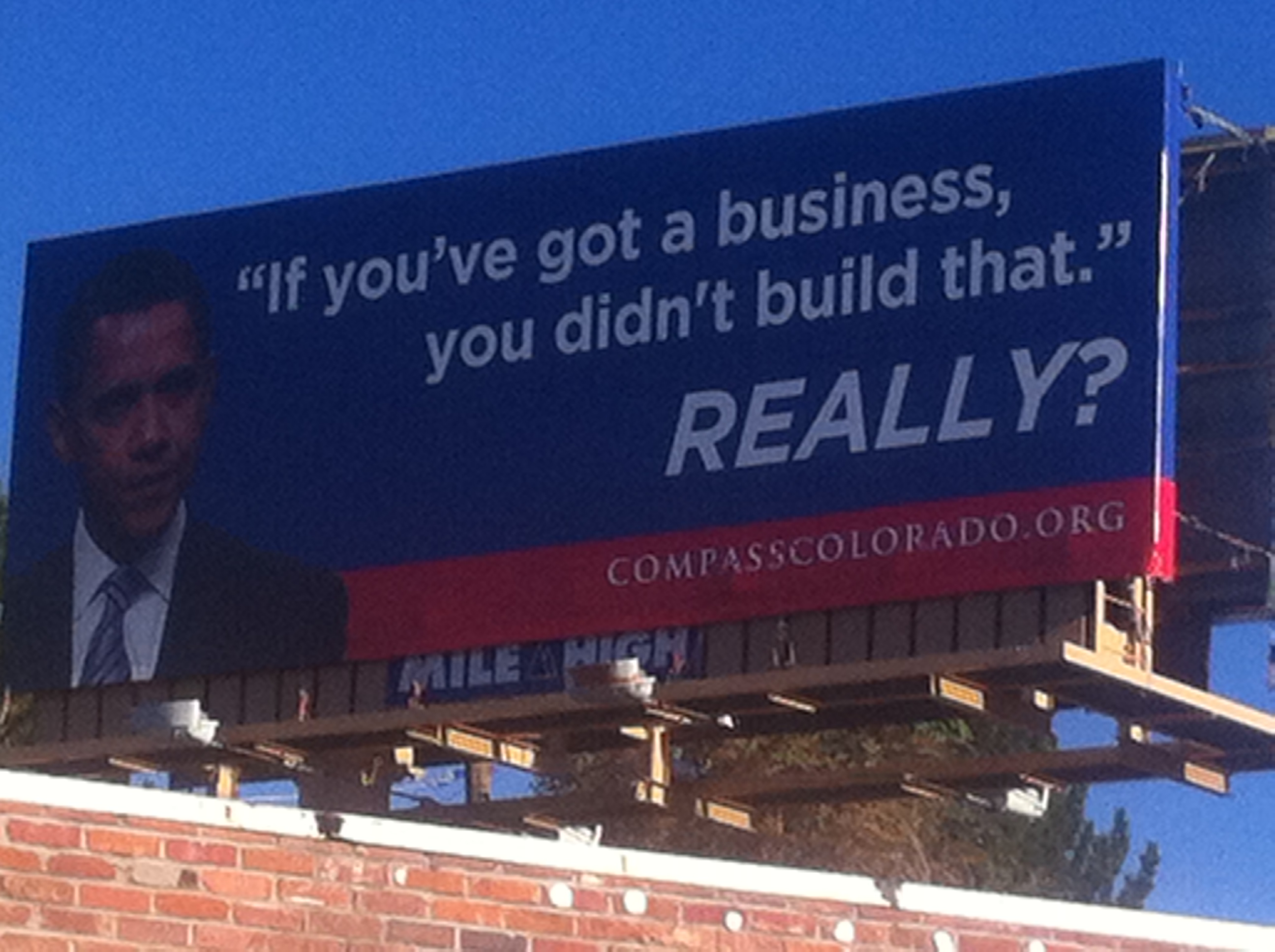 DENVER — Arriving here for Wednesday's presidential political debate, President Barack Obama returns to the state that anointed him the Democratic nominee four years ago and gave him its electoral votes on Election Day. GOP contender Mitt Romney, meanwhile, has his own reasons to feel at home: Colorado has voted for Republicans in all but two of the last eight presidential elections.

The venue for the first of the fall presidential debate series, which you can watch and comment upon at Sunlight Live, couldn't be more appropriate: Colorado is one of eight states that the non-partisan Cook Political Report lists as tossups in this year's presidential race. But the campaign activity that's visible so far calls into question how much the Republican nominee and his backers plan to invest in a state where recent polling shows Obama ahead of Romney, and public records show the president outspending his rival in major television markets.

It's difficult to track all expenditures by outside groups in the presidential race here because the campaigns are not required to report state-by-state breakdowns to the Federal Elections Commission (FEC). However, according to Sunlight's Political Ad Sleuth (a public version will be out soon), ad buys reported over the past week that major Colorado Denver stations filed with the Federal Communications Commission (FCC) are dominated by the Obama campaign and organizations supporting the president: Priorities USA, the super PAC supporting Obama;  and the League of Conservation Voters, which is running this ad criticizing Romney for his stance on wind power.

Overall, some $20 million and counting has been spent on political ads on major television stations in Colorado as of a Sept. 18 analysis by Colorado journalism students for the Colorado-based I-News Network. By far the largest spender was the Obama campaign, with $4.6 million for 5,732 spots. In contrast, the Romney campaign had spent $1.4 million for 1,596 spots. super PACs accounted for $4.5 million of the ad buys, with Priorities USA, the super PAC supporting Obama spending the most, $1.9 million, followed by the conservative super PAC, American Crossroads, which reported buys of $1.2 million.  Americans for Prosperity, another conservative super PAC, reported buys of nearly $951,000, and Restore our Future, the super PAC devoted to electing Romney, $411,625.

Other indicators suggest that Romney and groups supporting him do not appear to be making the state a priority. Romney has opened just over a dozen offices in Colorado, largely in urban areas,  while Obama's campaign has 57 scattered over a much larger swathe of the state.

Of course not all the advertisements end up on television, and not all are reported. Compass Colorado, a conservative nonprofit, has erected billboards in the Denver area featuring a photo of a peeved-looking Obama along with the slogan, "If you've got a business, you didn't build that. Really?" The group, which is run by Tyler Q. Houlton, a former congressional aide and press secretary for the National Republican Campaign Committee (NRCC). The organization does not list any contact information, and Houlton did not reply to a query via Twitter by the time of this posting. The group is not required to report these expenditures to the FEC, since it is an "issue ad" not explicitly advocating election or defeat of a candidate and the medium is a billboard as opposed to a broadcast ad. The group has run radio ads and posted other billboards critical of Obama in the past, according to the Huffington Post, and its work is primarily oriented toward state-based candidates.

The presidential race isn't the only major contest on the ballot this year: Control of the House is at stake and, in Colorado, Sunlight's Follow the Unlimited Money tracker shows outside groups such as the Service Employees International Union and the Tea Party-affiliated Freedomworks have been spending on the white-hot race for the state's 6th Congressional District, where two-term Republican incumbent Mike Coffman is struggling to overcome a redistricting decision that gave him more Democratic voters and an embarrassing campaign gaffe in which he was caught on tape telling a conservative audience that he knew "in his heart" that Obama is "not an American."

Also attracting a lot of outside money: The race for Colorado's 7th Congressional District, where Democratic groups such as SEIU and the House Majority PAC, a super PAC founded by former Democratic congressional staffers, are trying to shore up Democratic incumbent Ed Perlmutter against the Republican nominee, beer heir Joe Coors, who so far has underwritten about half of his own campaign costs. The Cook Political Report rates the race "solidly Democratic."

Colorado is also seen as a touchstone for Democrats for how to turn a state blue. In 2004, they took control of the House and Senate in the state legislature as well as picking up a U.S. Senate seat and a House seat. The victories were attributed to the efforts of four wealthy donors–one of whom, Jared Polis, is now a member of Congress–who poured money into local 527 organizations and relied on a coalition of Democratic-leaning groups to do grassroots organizing.

Ad Sleuth shows that Mayors Against Illegal Guns, a group co-chaired by New York City Mayor Michael Bloomberg and Boston Mayor Thomas M. Menino, has purchased issue ads to run the week of debate. The ad features Stephen Barton, a Fullbright scholar, who was shot in the neck when neuroscience graduate student James E. Holmes opened fire in a crowded movie theatre in Aurora, Colorado last July, which left a dozen people dead and injured 58. He asks viewers to ask presidential candidates to "explain how they will reduce gun violence when they meet to debate on Wednesday." Obama and Romney have both attempted to stay clear of the gun issue, which is considered important independent voters, a large contingent in Colorado. In the weeks after the Aurora massacre, gun sales here went up.

The swing state of Colorado is famously split roughly one-third, one-third, one-third among Democrats, Republicans, and Independents, historically providing strong showings for third party candidates Ross Perot, John Anderson, and Ralph Nader. Despite its having just nine electoral votes, Colorado has been called a lynchpin in Obama's re-election strategy. Recent demographic changes, featuring a growing Hispanic population and burgeoning suburbs, have been an advantage for Democrats.Obama's team has talked about following a similar strategy in Colorado to the successful campaign run by Democrat Sen. Michael Bennet in 2010. In that election, Bennet narrowly beat Republican Ken Buck by targeting women voters who might lean conservative on economic issues but don't like the government getting involved in social issues like abortion. He also targeted the growing Hispanic population.