Jennifer Wike is an Editor and contributor for Opensource.com, a community service website of Red Hat dedicated to highlighting the 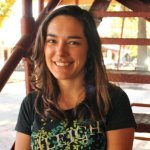 ways in which the ‘open source movement’ is shaping government, law, education, science and technology, and other areas of life. Jen also helps other businesses develop their content strategies and blogs about growth in downtown Raleigh, NC where she lives. Follow her on Twitter or you can contact her at jenn.wike@gmail.com.

The open government movement in our country is well underway, though still brand new in terms relative to the pace of the workings of government. Change tends to be delivered slowly, as evident during President Obama’s re-election campaign this year when many of us had to remind ourselves that though some change has trickled down over the past four years, much of it has yet to come to pass due to the inherent processes of government bodies. And yet, it still astonishes me how quickly ‘open’ ideas are being accepted, built and implemented into city governments from the east to west coast.

Take Raleigh, North Carolina for example. Regular citizens are being pulled into a new process for change that is speeding up the pace at which real solutions are being put to use. The catalyst for it is the methodology behind ‘the open source’ way of approaching problems.

To make better the lives of people living anywhere, together, there is a need to communicate what the issues are, the options to solve them, and get a consensus on what should be done. This is best done by dialing in the right mix of (among other things) what can be accomplished using the Internet, social media, marketing copy, and good ole fashioned conversation. An open approach asks all members of the community, and of the city, to be a part of that.

I’ve realized these tasks generally fall on the shoulders of those who understand that if they want a great place to live, they have to be an active part of tending to that fluid process. They are motivated by this understanding, and made passionate by it, too. The take-away is they volunteer — free of charge, for change — and it’s this type of participation that is the new answer to the question, “Ask not what your country can do for you, but what you can do for your country.”

These ‘open activists’ are tech-savvy and creative, they understand business and are some of our greatest multi-taskers. They code, tweet, present and write. Within their working groups, they redefine structures and tasks as projects evolve. And in their communities, they empower others to participate and share their skills. And there isn’t a politician or citizen they don’t strive to bring into the conversation. The obstacles created by party lines are simply taken out of the equation by adjusting their perspective on the bigger picture… bypassing the sputtering machine we seem to have in Congress.

So often, problems are not resolved because credit (which can take many forms) is due to a person, party or company and for some reason cannot be paid. There is an endless list of reasons why projects are 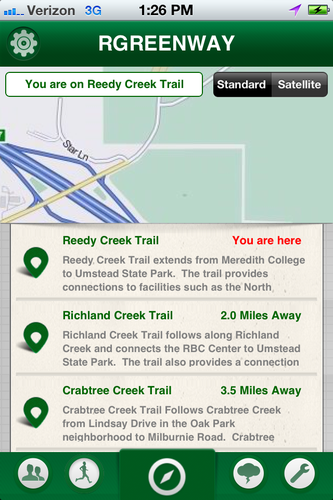 halted or great ideas are quieted, from budgets to natural disasters to mismanaged funds, but the ‘open movement’ understands their energy cannot be placed in the task of trying to stop the inevitable. No one can fix, avoid or prepare for all possible reasons why a group cannot purchase the solution to their problem, whether it’s software or shelter or support. So, open activists look for solutions that don’t come with exorbitant price tags (or promised favors) — from scratch, they use and develop open source code, and from what’s existing, they offer what they have in excess (space, goods, time, expertise).

Our cities in 10 years 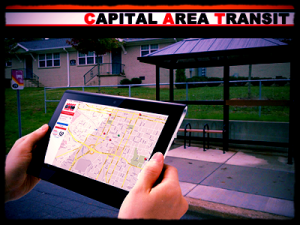 In Raleigh, each of our city council members, on their own accord, and interested citizens came together at an event this past summer led by open government activists called City Camp Raleigh. They discussed and began projects to address the challenges to a greater quality of life for residents in our communities and the ripples are still being felt. Previously existing initiatives for a more Open Raleigh were strengthened, like Innovate Raleigh and Triangle Wiki, while new apps have since been developed, like RGreenway and Adopt-A-Shelter. Furthermore, organizations who have similar ‘open’ missions are continuing to gain momentum, like The Raleigh Public Record whose reports bring “a little sunshine to local government” and collaborative-work-spaces, like Design Box and The Hub.

Interestingly, most of these institutions, businesses, and meet-ups are located downtown — where cities all over the country are seeing a resurgence. As a resident of downtown Raleigh for over ten years and blogger covering its growth, I can attest that much change has come about in the area through the acceptance of leaders with ‘open’ minds and the implementation of their ideas.

Perhaps there is a cause-and-effect relationship between the spread of ‘open’ initiatives and the growth of downtowns? Or perhaps they are both results of a country being asked to help solve one of our biggest problems: How do we cure our ailing economy and mend our broken ways of doing business?

Over the next ten years, I believe the support of these solutions will be deeply linked to the ability of our country to turn the tide.