Spike is the Director of Research & Technology with Urban Strategies Council, an Oakland based social justice nonprofit and speaks nationally on data driven decision making and open data. He is the co-founder and captain of OpenOakland, a Code for America Brigade. An Aussie native, he became a dual US citizen last year and voted in his first ever American election. You can reach him at @spjika or spjka@gmail.com 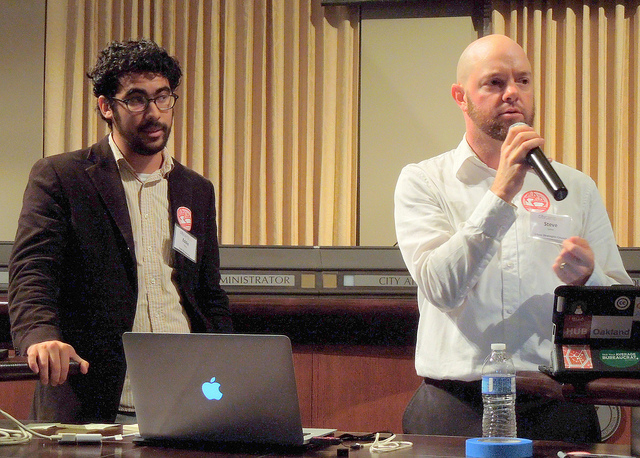 I recently co-founded an organization called OpenOakland with former Code for America fellow Eddie Tejeda. One of our passions was that we both believe that government can and should be much more than a vending machine. Those of us in OpenOakland (all 20+ volunteers) dig the idea of government as a platform: a platform that supports safe communities, job growth, excellent schools, strategic business development and innovation. When our government operates more collaboratively and genuinely engages with our communities (as opposed to acting as a barrier), it facilitates so much more that can benefit our communities. To many, this is a new concept, but we believe that it matters how we perceive our governments. It’s no secret that current local governments have a ton of changing to do, but it’s unlikely that these changes will come about swiftly without all of us being involved and engaged and supporting our government staff and leaders to make these changes.

Instead of lamenting from the sidelines, how can we support this change? Several years ago some brilliant people created an open source brand called CityCamp—the idea was that concerned citizens, technologists and government never really get the chance to get together, share successes, be exposed to new, innovative technology, share struggles and openly converse and build relationships with no hidden agendas and with no vendor pitches. For OpenOakland, running a CityCamp was a clear way for us to move our mission forward- we exist to support open, agile and engaged government. So on December 1, 2012, we held the first ever CityCamp Oakland, inside city hall and actually based in council chambers. We welcomed 121 local technology professionals, government staff from almost every city department and community members to a full day’s unconference.

As an unconference, a CityCamp gives those attending the opportunity to set the agenda themselves, we asked registered guests to suggest ideas on a new platform the City has adopted recently called EngageOakland.com. This approach not only gives people a sense of empowerment that they can create the sessions they want to lead or participate in, it also gives us and our attendees a great way to continue conversations beyond the day using the same web platform for discussion and sharing. We helped seed the ideas with a few topics of interest to OpenOakland members and started the day with over 30 ideas to consider. The topics were refined through attendees voting on each idea; in the end we held 16 different sessions throughout city hall. 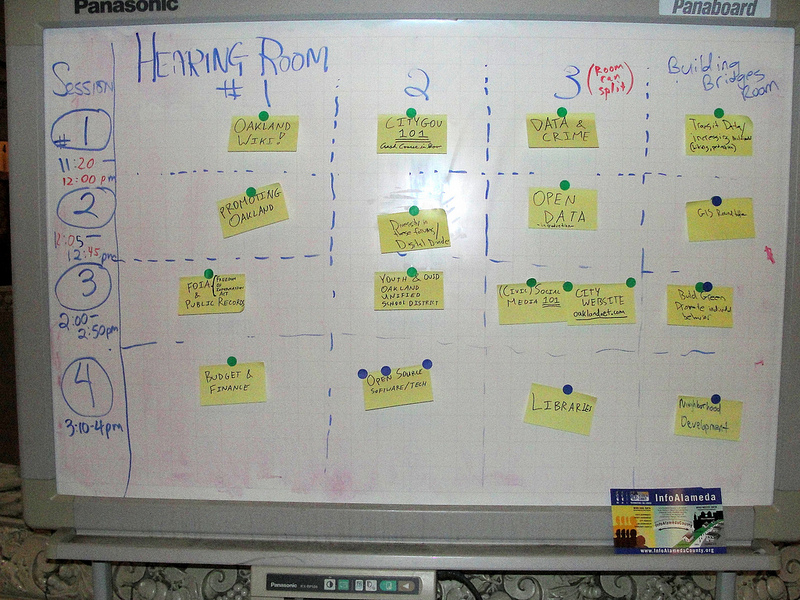 The session topics covered issues from open data, a GIS/spatial roundtable discussion, pubic safety data, freedom of information (FOIA) requests, civics 101, diversity and the digital divide and Oaklandwiki.org (a local wiki built by OpenOakland to allow Oaklanders to tell their own stories about their community). While there is a level of initial discomfort for many people, this open format of event does lend itself to unpredictable conversations that could never happen in other settings and also supports a level of openness and candidness that is both rare and valuable. Can you think of another setting where city staff would spend an hour discussing the limitations and issues of publicly available crime data or the problems in the current FOIA process? With no unspoken agenda, no forced engagement requirement that town hall meetings carry and no threat of repercussion, we all participated in some rich conversations and came away inspired and encouraged.

Some takeaways were significant and some were minor, but all were things that are only possible in a safe, respectful environment that this event helped to create. Take for example the city staffer who learned that saving data as a PDF is actually a barrier to others being able to easily access and make use of the data, that the habit they considered as helpful was not, and by saving as raw data formats they could enable others to also use these data. This is no earth changing lesson, but it illustrates the value in communication and of sharing frustrations without adopting a blaming or accusatory approach. 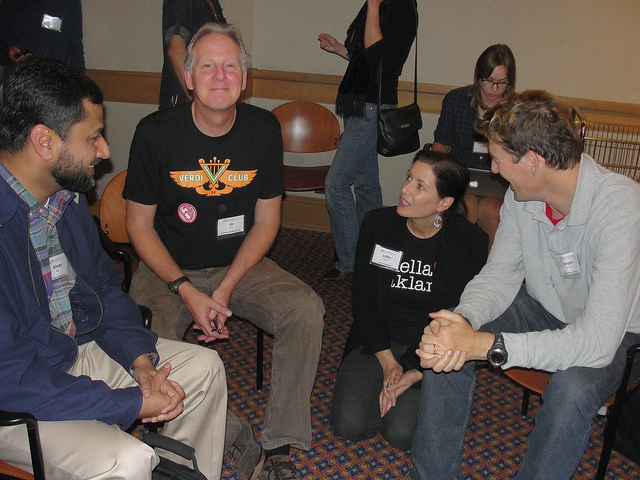 This event demonstrated how powerful communication and open engagement really are, and the attendees illustrated to those of us in the Open Government movement just how important it is that we can provide more environments like this to allow for better collaboration in future. The real test of any social or civic change is that of time, and so it remains to be seen how lasting the impacts of this CityCamp will be. I’m optimistic that we are on the right track here, that positive, supportive approaches can help to transform our city governments into the 21st century institutions we need them to be. One city staffer wrote: “We can look forward to a whole new push in communications, data, transparency, ease of access because of these people’s (OpenOakland) efforts to work, partner with us and join in to the larger civic conversation.” We even have excited city staff wanting to take part in OpenOakland now—some initial proof that the concept of a Code for America Brigade really does meet a local need!

Some of the guests were dubious about this format and carried some serious distrust of city staff into the day. As someone who has tussled with the city publicly I could sympathize with them, however we were stunned to see the impact of open conversations with city staff as peers on some of these hard edged residents. I truly believe that these type of events can go a long way to healing some of our past wounds and to opening up doors to not only better collaboration, but to informed engagement on our part. The typical closed door, gatekeeper approach maintained by many departments does nothing to encourage goodwill or trust. It does in fact encourage distrust and doubt about the intentions and capabilities of that office which cannot have any positive results for either the agency or the public it serves. From an outside perspective we hear about all the dumb, corrupt things that city officials do, but when we talk in person about things we have a common interest in I find my respect for city staff increases as I learn about more of the great things they are doing or are trying to do.

One of the city staff in attendance provided this perspective on the civic hacker community: “They are our new age city advocates—just like our tried and true volunteers who wear vests and bring shovels, these new style digital folks, use an iPad, the cloud and zeros & ones to engage the citizenry, help govt get the word out, make things easier- faster-better! They are committed to Oakland, and are generous with their skills and amazing abilities and know how.” 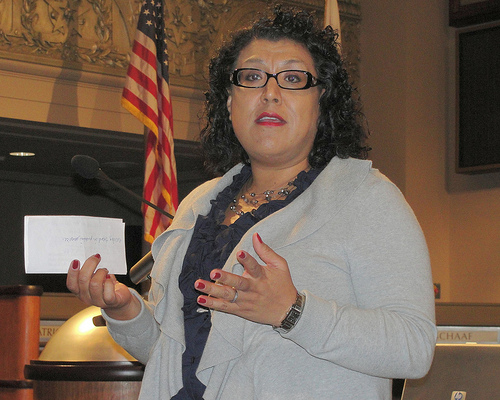 If you think that this kind of event would benefit your city I’d encourage you to consider hosting one. Open source is not just a concept that promotes “free” software, it applies to ideas, too. As an open source idea, anyone is free to hold a CityCamp and to reuse this brand and this idea. After all, cities are one of the earliest examples of us sharing communally. We share our libraries and roads, why not share great ideas too! This is one of the most powerful concepts in urban society; if an idea or a project works in one place, why not reuse it elsewhere? This is the core of open source technology, and it’s the core of OpenOakland also. But that’s another story.

Disclaimer: Sunlight Foundation was one of the sponsors of CityCamp Oakland.