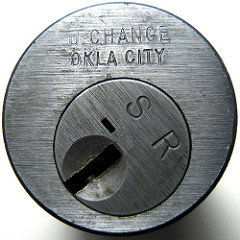 James Fee brings news of a dismaying decision by an Ohio court. A real estate appraiser named Robert Gambill tried to use the state’s public records law to obtain some data — information about deeds and some aerial photography.  Everyone seems to agree that this information is public, and that Gambill has a right to it. Unfortunately, it’s not that easy. From Fee’s blog post (quoting courtnewsohio.gov):

In a 6-1 per curiam opinion, the court held that Opperman met the requirements of the Ohio Public Records Act by offering to provide Gambill with a copy of the county’s electronic database containing deed information and aerial photos of all property in the county if Gambill paid the estimated $2,000 cost of separating that data from proprietary mapmaking software protected by U.S. patent laws that is “inextricably intertwined” with the data on the engineer’s computer.

Gambill is welcome to come down to the government’s offices to print out paper copies, or he can pay a couple thousand dollars to get a far more useful electronic copy that’s been untangled from the proprietary software that houses it. Those aren’t great choices.

The proprietary software in question is made by Esri. Their software is indisputably powerful and useful–you don’t have to look far to find a GIS expert who’ll attest to its worth. But situations like this one should make it obvious that government’s use of closed, proprietary solutions come with real and often unexpected costs–both to people like Robert Gambill who have a right to the data, and for the rest of us, who could benefit indirectly from the ways that government’s data is used.

This is why the use of open formats is one of the Open Data Principles that we spend so much time talking about. Government should buy the software it needs, but openness has to be a consideration when making those purchasing decisions. As Fee says, that one dissenting judge gives us reason for hope. But we clearly have a long way to go.

Thanks to Tom MacWright for the heads-up. Photo by Andrew Magill.