“Guess Who’s Coming to TCamp” is a mini-series we started last year to introduce some of the faces you’ll see at TransparencyCamp. With only a few more weeks left until TCamp 2013, we will check in with some of the international guests and TransparencyCamp scholars joining us in Washington, DC on May 4 and 5.

For the last two years, we invited a number of advocates, journalists, policy makers, developers and others from all over the world to join us for TCamp and a series of informal meetings in the days before TransparencyCamp. This year, we opened up the process for participants outside the U.S. and invited people to join us through an online application process. We had an overwhelming response to the program with over 400 applicants. Thanks to our generous funders, we will welcome 23 people from a wide range of countries. Here`s our map:

This week, let’s say hello to: Oluseun Onigbinde from Nigeria, Juha Yrjola from Finland and Pamela Mutale Kapekele from Zambia. Make sure you register for TransparencyCamp so you, too, can meet open government advocates from across the globe.

An Ashoka Fellow who spent years in the financial sector providing critical analysis of budgets and strategic research to help banks perform better, Oluseun decided “it was time to take a risk and apply these same principles to building a better country.” But instead of providing analysis to managers of government, he thought the key is to provide this budget analysis to the general public.

His start-up, BudgIT aims to bridge a gulf of ignorance and uses tools such as mobile phone, internet and town hall forums to strengthen budget access. BudgIT wants to retell the Nigerian budget and public data in a finer detail across every literacy span and stimulate citizens interests around public data and hence trigger discussions towards a better governance.

One of the greatest challenges Oluseun faces these days is meeting the expectations of excited citizens about government data, especially at the subnational level where information is highly protected. Oluseun hopes to learn new practices and approaches at TCamp that he can instill into his immediate pan-African expansion plans.

Juha is one of the main developers of the Parliamentary Monitoring Organization for Finland called Kansan muisti (“People’s Memory”) and a Code for Europe Fellow for the City of Helsinki helping the city build services for citizens (and civil servants) with agile and open-source methods.

Juha collects data from different sources including the official parliamentary website and MPs’ social media feeds and provides the public with analyses based on combining the parliament voting data with the MPs’ election promises. Their analysis received overwhelmingly positive responses and attention in mainstream Finnish media and by now kansanmuisti.fi has more Facebook fans than many of the major political parties in Finland.

Juha also contributed to the development of a social media feed aggregator for municipality election candidates and a service that tracked how the candidates disclosed their campaign funding data before the elections.

Juha has both practical and more philosophical expectations from TCamp. Our Finnish guest is keen on cooperating with different parliamentary monitoring organizations so that they could pool more resources instead of duplicating work and find other folks working with municipal data to share experiences. He also plans to be involved in more abstract discussions around preventing vote buying in representational democracies or privacy concerns in the age of openness. 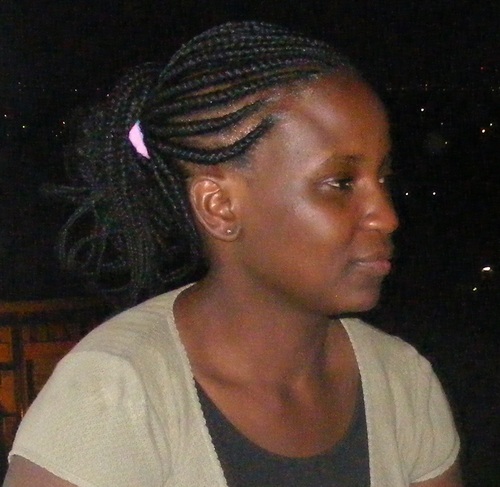 Besides managing her shift from more traditional journalism to serious blogging through Bantu Watch, an Ushahidi-based technology platform in Zambia, Pamela also sits on the board of the Zambia Media Women Association.

A few years ago, she took part in a Thomson Reuters Foundation course on financial and economic reporting, one of a series being run for African journalists in cooperation with the Norwegian Agency for Development Cooperation (Norad). Norad has especially wanted to focus on the money that goes missing from developing countries – not just through graft and crime but also through the accounting tactics of big companies in their effort to pay as little tax as possible in the places where they operate.

The session March 2011 Johannesburg gave Pamela the idea for an international story “that was discussed in the European Parliament and lead to action against a mining giant that operates in my country, Zambia,” she writes.

In 2011, Pamela teamed up with seven other journalists to create the Bantu Watch, an online platform that provides channels  for citizens and civil society to use mobile phone, social media and other internet-based channels to report on electoral offences such as intimidation, hate speech, vote buying, violence, tension, polling clerk bias and voting misinformation. Pamela believes that their website contributed to the peaceful transition in Zambia and now she is planning to organize data camps in newsrooms across Zambia to help journalists effectively report and monitor government activities.

We hope you can make it to TCamp with Oluseun, Juha and Pamela!