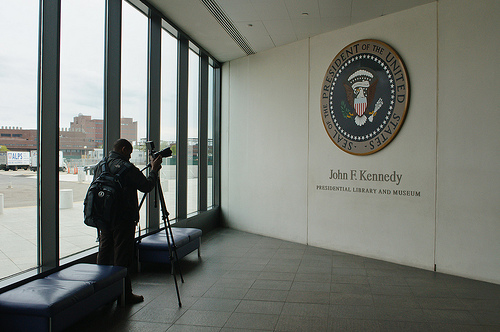 Today’s dedication of the George W. Bush presidential library will bring the five living current and former presidents together for a rare meeting. It will also serve as a monument to $500 million worth of undisclosed,  unaccountable donations.

George W. Bush isn’t the first president to raise huge sums of dark money to pay for his library, and unless something changes he won’t be the last. Presidents often start raising money for their library’s several years before leaving office and the practice has resulted in several scandals over the past two decades. As long as presidential library donations remain secret, unethical actors will continue to use them to try to exert influence.

Luckily, a remedy for this problem exists in the form of the Presidential Library Donation Act of 2013, introduced by Rep. John Duncan, R-Tenn.,  and recently reported favorably by the House Committee on Oversight and Government Affairs. The bill would require quarterly reporting of library contributions over $200 and create an online database, maintained by the National Archives, to make the reports available to the public.

Sunlight has joined with more than 20 other organizations to send a letter to House leadership, urging them to bring this important legislation to the floor for a vote as soon as possible.