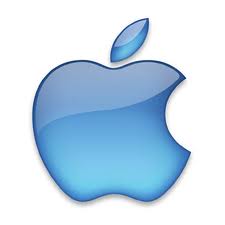 Ahead of a hearing at the Senate Permanent Subcommittee on Investigations tomorrow at which its CEO, Tim Cook, is the star witness, computer, tablet and smartphone manufacturer Apple has preemptively released his prepared remarks defending the company's tax practices, which include pooling $100 billion overseas, away from the grasping hand of the Internal Revenue Service.

The prepared testimony does not mention the more than $14.5 million Apple has spent on lobbying the federal government since 1998, nor that taxes top the list of issues the company has raised, according to data in Influence Explorer. One of the bills appearing most frequently in its lobbying reports is the Freedom to Invest Act, introduced by Rep. Kevin Brady, R-Texas, that would allow U.S. companies to bring home some of the cash they hold overseas without facing tax on it.

The biggest recipient of contributions from Apple employees and their family members is President Barack Obama, whose campaign committess have gotten more than $514,000, a total that eclipses the second biggest recipient, Hillary Clinton, who got $46,800. Among sitting members of Congress, the top recipient is Sen. Barbara Boxer, D-Calif., whose gotten $22,625. Boxer is not a member of the committee looking into Apple, but Sen. John McCain, R-Ariz, the ranking member, is; Apple employees and their family members have contributed $10,100 to his campaigns.

The Permanent Subcommittee on Investigations released a report of its own on Apple's practices, claiming that the company exploits differences between tax law in the United States and Ireland, where the company maintains a subsidiary, to avoid taxes.

It's not the only tech company in the hot seat–a whistleblower in the United Kingdom alleges that Google's tax avoidance there is "immoral," and claims he has 100,000 emails to prove it. Like his counterpart at Apple, Google CEO Eric Schmidt has defended the company's tax practices.

For information on a possible correlation between the taxes corporations pay and the amount they spend on lobbying, click here.