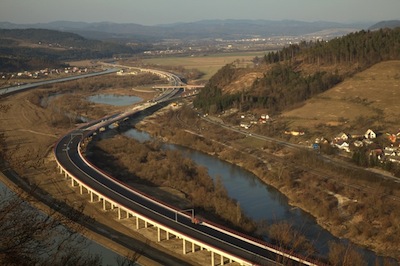 For much of this year I have been conducting on Sunlight’s new Transparency Case Study Initiative, looking into research into the impacts of technology enabled transparency policy around the world. A significant step in this process was reading theory and existing evidence to find the footing and context of the project, as well as defining our scope and developing our methodology and research protocol. But over the last several months, the long process of data collection has begun. The first wave of the case study project is in full swing, and so I spend my days setting up and conducting interviews. At this point the data collection on our first case, public procurement in the Slovak Republic, is coming to a close.

Despite the early stage, some interesting lessons and themes have already begun to emerge from the conversations I am having. Here are a few unconnected insights from the process so far:

Non-corrupt but risk-averse government officials may chose the procurement procedure that is the most robust against appearance of corruption, but this does not necessarily lead to the best result. As an ideal, value for money is a often a better standard than lowest price. We all know this when we buy hardwood furniture instead of furniture made out of particleboard and dowels. Quality matters, and this holds true for things that governments want to buy. Always using a lowest price selection mechanism can lead to the procurement of shoddy goods, from unreliable contractors that need to be replaced sooner (if they are ever even delivered in the first place). One of my interviewees highlighted a case in Poland where a Chinese firm, COVEC was contracted to build a highway using a lowest price selection criteria. They had bid about half of the projected cost. The highway was never delivered; the firm left Poland, left subcontractors in the lurch and the public accounts in the red.

Procurement matters to real people, not just to transparency activists, reporters and wonks. One of my interviewees recounted a story where teachers in a small Slovakian city were being told that there was not enough money to pay them a reasonable salary. They went to publically available procurement records and looked at the contracts the school district had made and found that the district was renting someone a high-end Audi. The availability of data online allowed them to expose this let-them-eat-cake hypocrisy.  Lowering barriers to entry for oversight increases the number of people who end up using the data. Barriers are lower when things are online than when people must file individual freedom of information requests.

Enforcement mechanisms present a persistent problem. Widespread recognition that processes are often corrupt does not encourage improvement unless people have a productive outlet to address corruption they uncover. A common theme among the examples that I have seen and heard about in Slovakia so far is that corrupt officials only step down and corrupt contracts are only revised when there is significant public outcry and media attention. Essentially, disclosure can – under the right circumstances – trigger informal and norm based enforcement mechanisms. But when very technical or complex (but no less significant) infractions fail to garner attention, there is often no meaningful enforcement channel. Public attention changes the incentives of actors involved, which can force officials’ hands. But absent public attention, formal enforcement channels often fail to serve a similar function. This echoes a common refrain in the transparency world: How and when does transparency lead to accountability?

The process of conducting this research has been interesting as well. We are using a snowball sampling procedure to find people to interview. This means that we start with a few contacts, and then ask them to recommend other people. We keep talking to people and getting referrals until we get the coverage we need. With this procedure, the “seeds” of the sample — the initial contacts that get the sampling started and give you your first referrals — matter a lot. So far we have been privileged to have the help of friends at Transparency International Slovakia, and Fair-Play Alliance. Without their help, this already slow process would be much more difficult and far less fruitful.

There is a lot more work to be done on this project, but I wanted to share some initial reflections on the conversations I have been having. There will surely be more thoughts to come as the work continues. I look forward to sharing them.