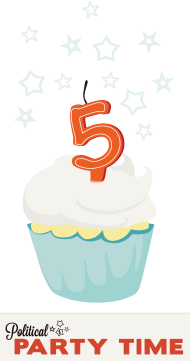 Hey, partying isn’t just for politicians and the folks who want to get a little face time with them! After a half decade spent on the outside looking in, we’re having a party of our own tonight to celebrate five years of Political Party Time, along with some friends who made it possible and the journalists who have used it to track the influence of money on politics. We’ve created some appropriately festive data visualizations to illustrate some of what we’ve learned from cataloguing nearly 18,000 invitations.

We’ve told you before about the innovative ways our elected representatives raise cash: from assault rifle raffles to March Madness fund-a-thons to swanky out-of-town retreats. But taking a step back from all the invites shows some interesting trends. Below, we’ve tracked the cyclical nature of the political fundraising year, as well as Congress’ penchant for reversing the usual partying schedule (midweek, not weekends).  And its hard to find an hour of the day that’s party free: Between the early morning duck hunts and the convention after-parties, you have to get up sometime between 3 a.m. and 5 a.m. to be completely safe from a political fundraising pitch.  Even those hours probably saw some fundraisers if you account for time differences with the funders we’ve chronicled in Israel, Paris, London, Shanghai.

Thanks for the memories Party Time! Here’s to five more years!! 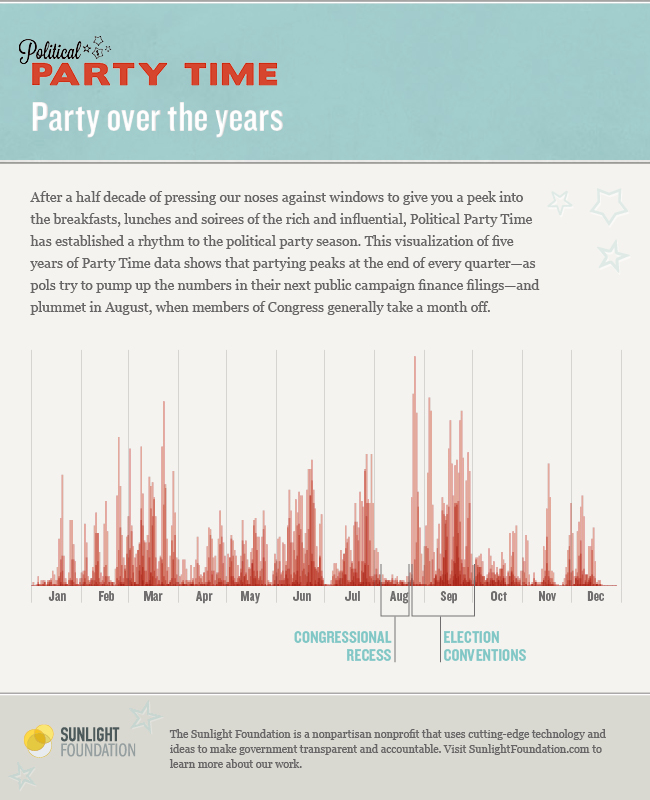 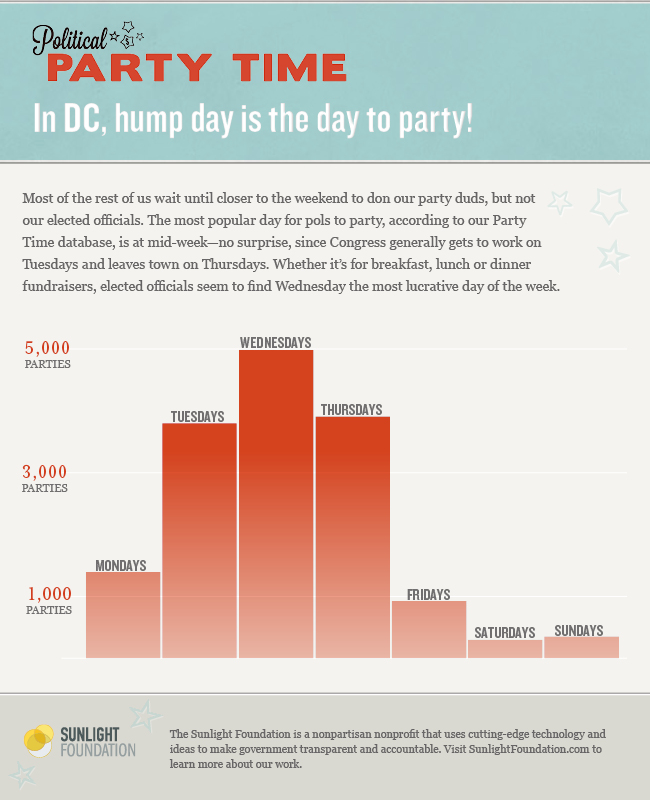 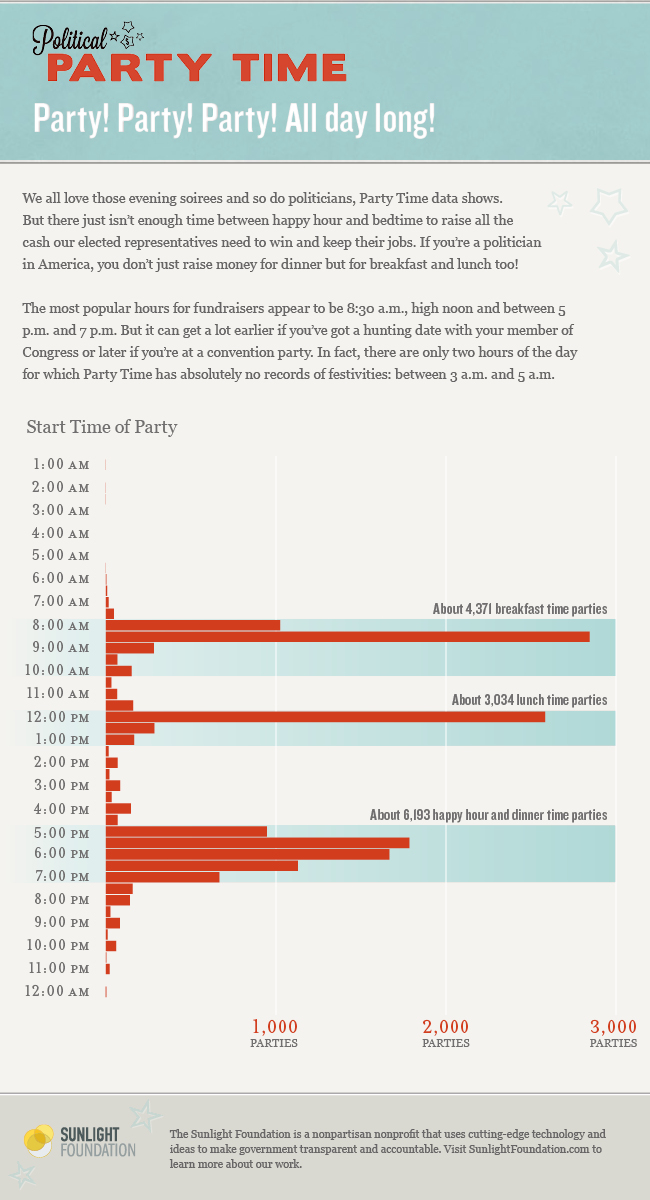