Striking down the limits on how many federal candidates and party committees an individual can shower with campaign cash–the main issues in McCutcheon v. Federal Election Commission–would not only open the door to bigger money in politics, it could also open the door to stealth lobbying campaigns on Capitol Hill by well-heeled donors.

We know that because it already has happened, when limits were in place but not enforced. More than two decades ago, when Congress considered reforms that would put the brakes on hostile takeovers by corporate raiders, some of them used their checkbooks and their access to derail the effort without ever disclosing their lobbying efforts.

Back in 1989, federal election law limited the amount an individual could give to candidates, parties and political action committees to $25,000. That year Texas billionaire and corporate takeover artist Harold C. Simmons contributed $45,500. That year Simmons, a staunch Republican now best known for seven-figure contributions to groups like Swift Boat Vets for Truth and American Crossroads, gave plenty to GOP pols. But, unusual for him, he also wrote $1,000 checks to Democratic stalwarts like Sens. David Boren, D-Okla., Paul Simon, D-Ill., and Max Baucus, D-Mont., as well as a $15,000 check to the Democratic Senatorial Campaign Committee. 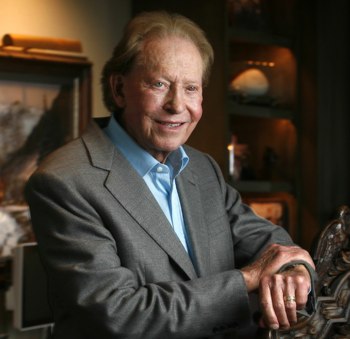 He contributed even more the year before–nearly $70,000, almost $45,000 over the limit. And he had plenty of company. Ronald O. Perelman, chairman of McAndrews and Forbes and, like Simmons, a corporate raider, gave $32,500 that year. Henry R. Kravis, whose firm Kohlberg, Kravis and Roberts led a hostile takeover of RJR Nabisco that closed in December 1988, contributed $62,000 to federal candidates, PACs and party committees.

They had good reason to. In 1988, Congress was considering legislation to address leveraged buy outs, or LBOs, through which high flying investors like Simmons, Perelman and Kravis acquired companies using mountains of debt. Most, but not all, raiders then sold off the most profitable divisions of the company, canceled pensions and siphoned off any excess money in the retirement fund, and laid off workers.

Nicholas Brady, the Treasury Secretary for President George H.W. Bush, expressed the concerns of many ordinary Americans when he told the Senate Finance Committee in a January 24, 1989, hearing that “LBOs…raise basic questions about our economic future, whether we will continue to grow and create jobs and whether we will remain competitive.” He added the tax code actually made LBOs more attractive because “interest payments are deductible but corporate dividends are not.”

So when Congress considered rewriting the rules of the game, including changes to the tax code, to put the breaks on LBOs, the corporate raiders fought back.

Reporters Sara Fritz and Dwight Morris of the Los Angeles Times first reported that Simmons and other wealthy donors had violated the annual limit. They also explained why they had done so:

Campaign contributions and tireless lobbying by Simmons and others of the nation’s biggest corporate raiders, according to congressional sources, have played a big role in blocking legislation that would have severely restricted leveraged buyouts and other hostile takeovers.

But Simmons and the other raiders never registered as lobbyists. They were donors, hobnobbing at fundraisers or sharing their concerns when lawmakers called to ask for money. Their checks were their vehicle of influence, and while they were disclosed, the public had no idea what kind of influence they were buying.

They did run afoul of the FEC–eventually. In 1993, long after LBO reform had been killed and the country was struggling with a recession and a busted federal budget, Simmons, Perelman Kravis and a handful of others admitted they had violated the $25,000 aggregate limit. Though they were fined for violating campaign finance laws, their undisclosed lobbying was never addressed.