Editor's note: This post has been changed to include additional details about how the contributions were made. 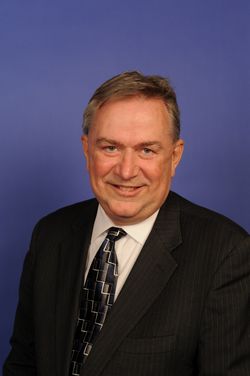 On Feb. 21, of this year, campaign finance records show, a parent of a congressional staffer contributed $7,500 in $2,500 increments to the cash-strapped campaign of the staffer's boss, Rep. Steve Stockman, R-Texas (pictured right).

At least, that's what is disclosed in filings from the Stockman campaign. Contacted about her large contribution to the controversial Stockman, known for his over-the-top rhetoric, Jane Dodd of Dover, Del. told Sunlight, "That wasn't me."

The discrepancy is the latest irregularity from a controversial conservative who calls on the government to balance its budget while his campaign owes tens of thousands of dollars to staffers.

Dodd, the mother of Thomas R. Dodd, a special assistant in Stockman's congressional office, had no recollection of contributing the four figure sum to the Stockman campaign. Campaign finance records show that the three contributions were the only ones made–going back to the 1990 election cycle–by a Jane Dodd from Dover, Del.

In a subsequent call, the elder Dodd confirmed both the address listed on the campaign disclosure filing as her own and her relation to Thomas Dodd.

Federal election law prohibits the use of "straw man" donors–contributions made by one individual but attributed to another. Recently, one of the biggest boosters of Majority Leader Sen. Harry Reid, D-Nev., earned time in federal prison for violating the law.

Stockman's campaign filings show another $7,500 benefactor, Donnie Posey of Fulton, Miss., who may be a blood relative of another staffer in the Texan's congressional office: Jason T. Posey, Stockman's director of special projects.

While attempts to reach Donnie Posey to inquire about any relation were unsuccessful, a thread from Ancestry.com shows a posting from a Jason Tyler Posey from Mississippi with parents Cecil LaDon Posey and Mary Annette Posey. The e-mail address provided by this Jason Posey matches the contact e-mail provided on the Stockman campaign's statement of organization.

Additionally, a local Yellow Pages website lists an Annette Posey as residing at the same address in Fulton that was listed along with the $7,500 contribution.

Federal election law sets individidual contribution limits at $2,600 per election. Posey's donations were, however, recorded in three distinct sums: $2,500 each for Stockman's primary, general and run-off elections. A memo item notes that they are intended as debt repayment–presumably for last years' elections.

Posey's and Dodd's contributions are identical triplets. Both were made the same February day, and both are split up in an identical manner: $2,500 per election.

Jason Posey is a longtime associate of Stockman. His LinkedIn page shows that he served as Director of Development for the member during his last stint in the House (Stockman previously served in the House from 1994-1996). Additionally, a filing with the Nevada Secretary of State shows the two were managers of a now-dissolved business entity called Cherokee Solutions LLC in 2003.

Sunlight's Real-time FEC tool shows that as of its most recent quarterly report, the Stockman campaign was still $157,010 in debt. Over half that sum ($82,000) were personal loans the congressman made to support his campaign.

The rest of the bills are obligations to campaign staff and advisers — though neither Dodd nor Posey are among those owed compensation.

A Personal Financial Disclosure form, filed by Representative Stockman for his 2012 earnings, shows that he earned $200,000 in salary from Presidential Trust Marketing, while his wife pulled in $115,000 from her job at NASA.

The unaccounted contributions would not be the first run-in with campaign finance laws by a Stockman staffer.

Donny Ferguson, Stockman's Communications Director, has been entangled in controversies in Montana and Virginia as executive director of Western Tradition Partnership (now called American Tradition Partnership), a 501(c)4 dark money group. He resigned from his post at ATP to take the gig with Stockman.

WTP was the subject of reports from both PBS Frontline and Pro Publica which questioned whether the group misled the IRS about its political activities. While nonprofits like WTP may use funds to educate voters on political issues and, since the Citizens United decision, openly call for the election or defeat of a federal candidate, political coordination with candidates is prohibited.

However, a box of stolen documents originally recovered in Denver, Colo. seemed to show that operatives of Western Tradition had been in direct correspondance with Montana state candidates over campaign materials. Investigator Julie Steab, of the Montana Commissioner of Political Practices, told ProPublica in an interview, "My opinion for what it's worth, is that WTP was running a lot of these campaigns."

Through American Tradition Partnership, Ferguson published a newspaper, the "Montana Statesman" which attacked ATP opponents like Democratic Montana Attorney General Steve Bullock. Though the paper's website is no longer active, one copy of the paper uploaded to Document Cloud shows the Statesman declaring itself "Montana's Largest & Most Trusted News Source," and included a request for contributions to ATP.

Ferguson also worked as an aide to Eugene Delgaudio, a Loudon County (Va.) Supervisor, who was censured by a circuit court in June for "misuse of public assets" for his own campaign. As a result the Republican was no longer given control of his annual office budget. A screenshot captured by RealLoudon.com shows that as of May, 2010 Ferguson was using his Loudon county government e-mail to run American Tradition's operations.

As of yet there is no indication as to who contributed the $7,500 in Mrs. Dodd's name. When Thomas Dodd, the staffer, was reached he stated that he could not comment on the source of the money as he "did not make the contribution."

A request for comments from the congressman concerning the campaign contributions from Jane Dodd and Donnie Posey was not immediately answered.

Jacob Fenton contributed to this report.