As stated in the note from the Sunlight Foundation′s Board Chair, as of September 2020 the Sunlight Foundation is no longer active. This site is maintained as a static archive only.
This piece originally appeared on The Thomson Reuters Foundation website, Trust.org. To see how Sunlight’s open data allowed the reporters to uncover this story, click here.

Oil companies have paid $3 billion over the past 15 years to resolve a range of charges including that they regularly cheated the U.S. government and Native American communities out of royalties on oil and gas leases, raising concerns they use similar techniques to rob citizens in poor countries of resource wealth.

Royal Dutch Shell plc and Exxon Mobil Corp. are among the energy companies that have paid penalties and back payments on their U.S. energy leases and settled lawsuits accusing them of fraudulently underestimating the value of oil and gas to lower their royalty payments, research by Thomson Reuters Foundation shows.

These are the same companies leading the fight in the United States against strong transparency regulations that human rights advocates say are needed to help address massive corruption and extreme poverty in many resource-rich countries.

In the lawsuits settled with the U.S. government, lawyers and whistleblowers have alleged that it’s relatively easy for energy companies to fudge their numbers using dubious accounting techniques and outright fraud.

Audits and compliance checks by the Office of Natural Resources Revenue, the U.S. agency charged with managing America’s energy and mineral leases, similarly have found billions in corporate underpayments on oil and gas leases since 1998.

WASHINGTON — The U.S. government collects $11 billion in revenues a year on average from oil, gas and mining leases, money that goes into the public coffer and to Native American communities, according to the Office of Natural Resources Revenue.

To examine the track record of energy companies in paying royalties in the United States, Thomson Reuters Foundation looked at three sets of U.S. government data for the period 1998 through 2013:

(Research for this story was conducted by Alia Dharssi and Ashley Renders with the support of Sunlight Foundation and Transparency International.)

“If this is happening in the U.S, where we have a strong legal and regulatory system, which should in theory reduce the incentives for this type of behavior, it’s very likely to be happening around the world, especially in places with much weaker governance systems,” said Isabel Munilla, senior policy advisor at Oxfam America, which is part of a coalition campaigning for greater transparency in the oil, mining and gas industries.

She and other activists said the findings take on additional significance because Shell and Exxon have joined in a lawsuit and are lobbying the Securities and Exchange Commission (SEC) to limit new rules requiring companies to release details of how much they pay governments for oil and gas projects.

Thomson Reuters Foundation looked at three sets of U.S. government data (see sidebar) for the period 1998 through 2013 to scrutinize energy companies’ track records in paying royalties in the United States.

In total, the Department of Justice and the Office of Natural Resources Revenue (ONRR) have collected $3.014 billion from settlements, fines and audits, according to the research, compared with $11 billion in revenues the U.S. government collects on average each year from oil, gas and mining leases.

Over two-thirds of the money, or $2.221 billion, was from audits conducted by ONRR to check whether royalties were accurately calculated. It did not have the data available broken down by company. In the cases brought by the Department of Justice under the False Claims Act, six of the world’s 10 largest oil companies based on revenues accounted for 75 percent of the $739.2 million in settlements, including $168 million paid by Shell and $84 million by Exxon.

Shell said in an email that it believes it complied with its royalty obligations but it settled to avoid costly and time-consuming litigation, adding that it believes in transparency. Exxon said it disagrees with any suggestion it deliberately under-reported the value of resources.

Both companies also have faced lawsuits over their payments to foreign governments.

In a recent case, Chad sued an energy consortium led by ExxonMobil in March for $837 million in royalties. A different type of corruption involving Shell came to light in 2012 when a high court judge in London ruled that when Shell subsidiaries and the Italian oil giant Eni paid Nigeria $1.3 billion for an oil block in 2011, the majority of the money went to its former oil minister instead of public coffers.

To combat corruption in the extractive industries worldwide, Congress passed a law in 2010 requiring publicly traded companies to report how much they pay governments around the world to explore and drill for natural resources, broken down by project.

The European Union has passed a similar directive that goes into effect next year. Canada and Norway are among the other countries considering similar laws to address what activists call “the resource curse”.

It was thrown off course by a lawsuit filed by the American Petroleum Institute (API) and the U.S. Chamber of Commerce, with vigorous support from Shell and Exxon, arguing the U.S. rules would impose enormous costs on the industry and undermine its global competitiveness.

The API, which represents more than 550 companies including Shell and Exxon, in its lawsuit and in lobbying the SEC is pressing for a new rule that would lump together disclosure of royalties, fees and other payments by region and country, so that they can’t be linked to a specific project. The U.S. District Court in a ruling last July partially agreed that SEC rules went too far. Since then the regulatory agency has taken no further action, effectively putting the rule on ice.

ExxonMobil and Shell have both written letters to the SEC (See Exxon’s here and Shell’s here) asking them to write a more limited rule, and together they met with commissioners four times between January 2012 and October 2013 to discuss Section 1504 of the Dodd-Frank financial reform act.

In a letter to the SEC on April 14, activists from Publish What You Pay (PWYP) – a global network of more than 800 human rights, development, environmental and faith-based organizations that has lobbied for resource transparency – said anonymous payment disclosure would make it difficult to hold companies and governments accountable. Since the July 2013 ruling, PWYP activists have had seven formal meetings with SEC commissioners on the issue.

Regardless of what the SEC’s final rule looks like, accusations of royalty underpayments in the United States give weight to activists’ calls for greater transparency to keep governments and oil companies honest.

The scale of alleged fraud came to light, in part, thanks to Harrold Eugene Wright, a Texan who battled some of the country’s biggest oil companies for 14 years before he died in 2008. He began his career in the oil industry as a “wildcatter,” someone who prospects for oil by drilling new wells. Wright was known as a risk-taker with strong convictions about justice, said his step-daughter Elizabeth Ann Wright.

According to his step-daughter, Wright testified regularly on industry practices before the Senate Finance Committee in Washington and during one session he overheard an ExxonMobil official saying lease holders were in the dark about how much money they were entitled to, so it paid them whatever Exxon thought would keep them happy.

The words struck home. ExxonMobil had wells on some of Wright’s land. The wildcatter had enough experience in the oil industry to roughly calculate the royalties he was owed, so he told the company that he believed they were underpaying him.

“Exxon sent him $25,000 without any questions. So he wrote another letter and said, ‘I appreciate the down payment, but I think it’s more than that,’ and they sent him more money,” his step-daughter said.

At that point, Wright knew the oil company was hiding something. And when he found out the extent of the deceit, he was outraged – not only had he and other private leaseholders been bilked, but so had the U.S. taxpayer, she said.

How they got the story: Journalists use Sunlight tools to expose Big Oil’s fight against transparency 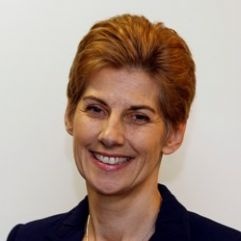 See how Stella Dawson and others used a variety of Sunlight tools to investigate the oil industry, find patterns and ultimately craft this informative new story. Read more here.

Wright sued more than a dozen oil and gas companies in 1996, including Shell and ExxonMobil, on behalf of the U.S. government claiming contract fraud.

The suit revealed the many schemes that the companies allegedly used to underpay the government – accounting sleights of hand such as rigging the prices by putting gas in storage when prices were low and then paying royalties on that amount instead of the market price; and under-measuring the amount of natural gas and oil that was produced from the leasehold.

Wright’s experience in the oil industry allowed him to see that he was being cheated, said Elizabeth Wright. But most people don’t have the expertise to figure out if they are getting their fair share from oil companies.

“It’s very difficult to determine whether a company is paying the right amount of royalties because so much of the business happens behind closed doors and is not included in the lease agreement,” said Lance Astrella, a lawyer who specializes in representing private lease-holders in royalty disputes.

When Wright died, the Justice Department continued the suit. Shell and ExxonMobil companies agreed to pay $110 million in 2001 and $32.2 million in 2010, respectively, to settle claims that they knowingly underpaid royalties to the federal government.

Exxon said its settlements of False Claims Act cases in no way reflect its views regarding the benefits of resource transparency, which it said it favors.

Shell also said it supports transparency and noted that it releases royalties, taxes and other payments made to governments broken down by country, in line with a global voluntary standard. But advocates say what is required is mandatory reporting.

The Wright suit, brought under the False Claims Act in east Texas, is far from the only one the big oil companies have settled.

For example, Shell Oil agreed in 2000 to pay the federal government $56 million for underpayment of gas royalties in the Gulf of Mexico, and a court upheld in 2009 a $66.8 million jury award against Shell for fraud and breach of fiduciary duty over an Oklahoma oil field lease.

Shell also is listed by the Office of Natural Resources Revenue for paying its largest civil penalty, $21.8 million, for knowingly submitting false and misleading data about oil and gas extracted at its Augur platform in the Gulf of Mexico in the 1990s.

In poor countries, where oil money has supported corrupt governments, PWYP says that U.S. and European regulations would help citizens hold governments to account for spending resource money on local needs, instead of funneling it to corrupt politicians’ bank accounts.

As things stand, foreign companies can take advantage of corruption and weak governments in developing countries to earn extra profits at the expense of revenues that could otherwise be used to help improve the lives of poor people, said Michael Ross, professor of political science at the University of California, Los Angeles.

For her part, Elizabeth Wright is discouraged. She said her step father’s ultimate goal was not monetary — his heirs have received a share of the settlement money — but to get a law passed to make oil companies accountable in their royalty payments.

“He thought that if he went to court, it would set a precedent. But it seems to me that nothing has been done. Oil and gas companies simply police themselves,” she said.

Research for this story was conducted with the support of Sunlight Foundation and Transparency International. The reporters are Fellows in Global Journalism at the Munk School of Global Affairs, University of Toronto