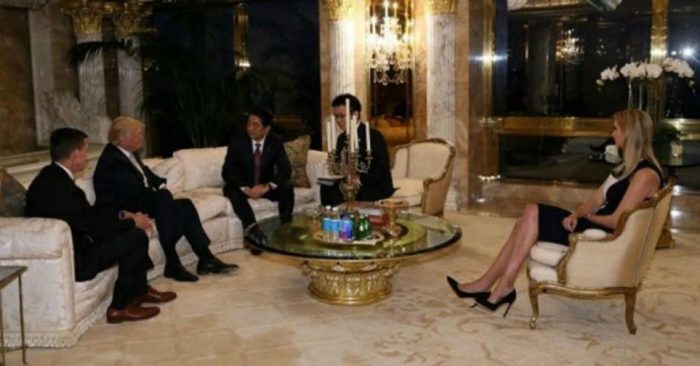 CONFLICTS: Since we last wrote to you, a cascade of stories has shown that the President-Elect of the United States is mixing the business of the Trump Organization with the public’s business. Last week, as Trump paused his transition work to meet with India businessmen. His daughter, Ivanka, sat in on his first meeting with a foreign head of state. On Saturday, the new Trump hotel in DC hosted an event for a hundred foreign diplomats. The New York Times reported — and confirmed, in a conversation with Trump today — that the president-elect discussed urged British politician Nigel Farage to opposed wind farms.

There are several approaches that the president-elect could take to avoid conflicts of interest, ensure public trust in his presidency, and avoid corruption. The one that has historical precedent is to form a true blind trust operated by an independent agent, as Sunlight and our allies have suggested. Trump could also liquidate assets, as the Wall Street Journal suggested. If public trust in government is not to fall further, a Trump presidency should take steps to be free of business entanglements, foreign or domestic, to avoid corruption on a global scale. As Adam Liptak pointed out, if Trump does not shift, soon, he could be faced with litigation upon inauguration for engaging in unconstitutional actions.

To date, however, the president-elect has made vague commitments to address any of this. According to the New York Times, in his meeting with the paper today, Trump said that “the law’s totally on my side, the president can’t have a conflict of interest,” suggesting that “In theory I could run my business perfectly and then run the country perfectly. There’s never been a case like this.” On that count, he appears to be correct: a president and his family mixing public and private business on this scale is a dynamic that we’ve previously only seen in other countries where corruption is accepted as, well,  the cost of doing business.

ET TU, VP?: Drew Doggett dug into Vice President-Elect Mike Pence’s record on open government, from election integrity to press freedom to campaign finance to transparency. One of our favorite quotes: “Without the free flow of information from sources to reporters, the public is ill-equipped to make informed decisions,” said Pence in 2011. “Compelling reporters to testify, and in particular, compelling them to reveal the identity of their confidential sources, is a detriment to the public interest.” [READ MORE]

A TALE OF TWO CAMPAIGNS: Doggett: “Clinton and her allies raised nearly twice as much as Team Trump — yet, he still emerged victorious despite this massive cash gap. In one of the most winding and unpredictable presidential campaigns in modern history, it seems the impact of money in politics is just another campaign convention that’s been turned on its head.“ [READ MORE]