There is a sickness invading our communities, a disease growing in our neighborhoods. No city, no county, no community is immune to its effects. This destructive force is urban blight. It begins as soon as the elements begin wearing down the freshly applied paint. The overall appearance of the area begins to decline, then environmental and safety concerns begin to pop up. Left unchecked, it can spiral into disaster and wreak havoc on the home values of the community and the welfare of those who live there.

But is it inevitable? The Unified Government of Wyandotte County and Kansas City, Kan., doesn’t think so. We have developed the SOAR committee — Stabilization, Occupation and Revitalization, or SOAR for short — which is dedicated to identifying the causes, reversing the effects and preventing future blight. SOAR has teamed up with What Works Cities (WWC) and Bloomberg Philanthropies to address this issue that is quickly becoming a concern across the nation. What Works Cities has given this opportunity to 100 mid-sized American cities to guide through the process of achieving their visions by focusing on creating open data policies and developing performance measurement systems.

Our goals are to develop an open data policy, implement data-driven improvements and assess the effectiveness of those strategies.

On Oct. 6th, 2016, the SOAR team gathered to review progress made during the three months that elapsed since the engagement with WWC. Several topics were covered including the creation of open data policy along with an open data portal, identification of key stakeholders and the development of performance indicators.

One of the primary topics of the meeting included the importance of an administrative open data policy which directs the actions of all departments and complements the commission and administration goals of transparency and accountability. In conjunction with this policy, an open data platform will enable the sharing of data with the public and between departments to tear down the information silos and enable stakeholders to make use of data previously thought out of reach. The goal is to facilitate communication with the community and between departments.

Fluid communication helps us brainstorm how to tackle the concerns we face as a community. We want individuals to feel empowered, and with shared data it’s easier to identify and assess the areas where the investment of time and money will create the most impact. Shared data facilitates progress such as the development of an administrative open data policy, identification of data governance team members, department interviews resulting in a comprehensive data inventory and the development of a system for automating the timely release of datasets.

After the discussion, the group of 50 broke up into small focus groups to analyze physical and socio-economic blight indicators and the different strategies able to be utilized in areas with varying levels of blight. Members evaluated whether the data that had been used captured the reality of what is seen in the community. They recommended further areas of research to make the measurements more precise. Each group was assigned a particular area of the community with either a high, moderate or low level of blight to advocate for. This method ensured that no area or segment of the community was forgotten during the discussions.

Already, the analysis from the first dataset has led the SOAR team in the data-driven decision-making process. Various process improvements have been identified, assessed and are in consideration for implementation with the desired result being a positive impact on tax delinquency rates, code violations, vacancies and demolitions.

Much has been accomplished, but perhaps the most exciting part of this partnership is that the lessons learned by SOAR will be able to be translated and duplicated to solve other high priority items identified by administration and community partners.

In a recent press release, Mayor Mark Holland said, “The housing and blight data now available in the portal will help us work with neighborhood and non-profit groups to create smarter, stronger solutions to address blighted properties.” 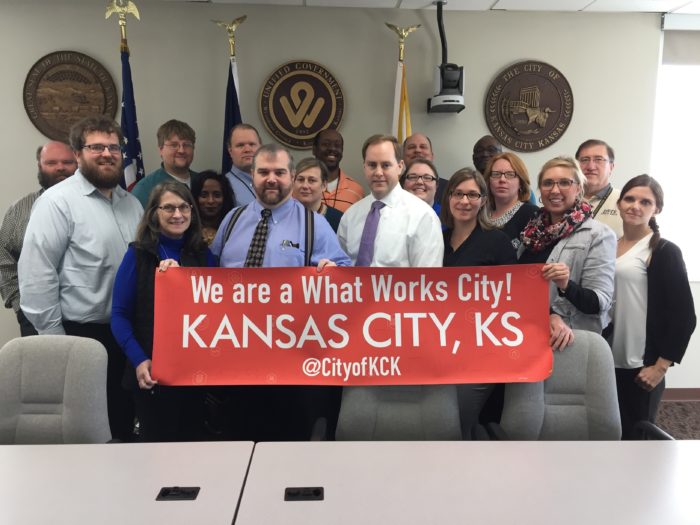 Alyse Villarreal began working with the Unified Government of Wyandotte County/Kansas City, Kansas in 2006. In her current role, she serves as a fiscal officer with the Finance Department. You can reach Alyse at avillarreal@wycokck.org