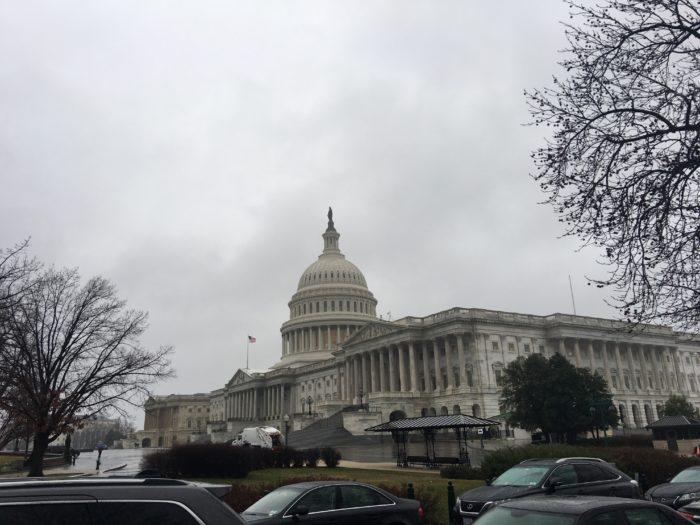 There’s a hidden process of lawmaking that is sabotaging Freedom of Information Act (FOIA) requests. Here’s how it works: Someone requests documents that a government agency does not want to release. Under current law, a judge may force an agency to comply. But, while the FOIA is pending, the agency asks Congress to pass a law allowing it to withhold the requested information.

In 2014, I wanted to know if U.S. businesses had attempted to sell dangerous items, like surveillance equipment to foreign countries. If so, who was selling? And who was buying?

To answer those questions, I turned to public records. To sell certain items abroad to certain countries, U.S. businesses apply for an export license from the Bureau of Industry and Security (BIS).  Sometimes those requests are denied. A 2015 annual report from the BIS, in fact, showed 339 denials for the year.

On October 22, 2014, I submitted a FOIA request to BIS for all export licenses that had been denied from 2000-2014. The agency, however, denied my request. While my appeal was being processed, Congress passed a law that authorized BIS to withhold my requested information.

“Since you filed your appeal,” their letter read, “Congress has specifically recognized that Section 12(c) of the Export Administration Act (EAA) of 1979 is a statute covered by section 552(b)(3) of title 5, United States Code.”

In their response, the Department of Commerce, of which BIS is a part, argued the EAA prohibited disclosure of the export license applications I sought.

They were right. According to the Department of Justice, license applications under the EAA are exempt from disclosure. This exemption may be justified as a way to protect the integrity of the system. If export licenses become public, then that may be an incentive for businesses to withhold information from agencies like BIS, making it harder for BIS to its job.

I didn’t dispute the wisdom of that, nor did I dispute the Justice Department’s interpretation of the EAA. Instead, I argued in my appeal that the EAA was expired law. I sent along a 2013 California Federal District Court decision to prove it. In that case, the Electronic Frontier Foundation (EFF), a nonprofit civil liberties group, had requested “records concerning the export of devices, software, or technology used to intercept or block communication.”

EFF then sued for the documents. The U.S. District Court in California ruled that the EAA was a “temporary measure” that had expired in 2001. It had been reinstated many times, but it was not in effect during the trial nor when I sent my FOIA appeal on Nov. 25, 2014. The EFF’s suit is still on appeal.

On Dec. 18, 2015, as part of a bill transferring U.S. naval vessels to Mexico, Congress passed a two-paragraph provision aimed at the FOIA argument I’d taken from EFF.

“Certain confidentiality of information requirements of the Export Administration Act of 1979 have been in effect from August 20, 2001,” the new law stated. This was the same law that had been cited in the BIS denial letter sent to me.

Eight days before the law passed, Representative Edward Royce revealed how the law was introduced on the U.S. House floor:

Finally, the bill included a provision requested by the Department of Commerce to ensure that our export control regime will continue to protect sensitive information related to export licensing. In particular, it clarified that the business confidentiality protections of the lapsed Export Administration Act would remain in effect under another provision of the law and would continue to protect information related to export licensing.

I emailed and called Congressman Royce’s office to ask why he believed the provision would, in his words, “protect U.S. national security and the competitiveness of American exporters.” I received no reply.

I also emailed and called the Office of Information Policy, the agency responsible for FOIA compliance, and was directed to the Department of Justice spokesperson. I called and emailed the DoJ. I received no reply.

I emailed and called the Department of Commerce and the Bureau of Industry and Security, asking why they had requested the provision. I received no reply.

I asked EFF for comment. “The law was definitely passed with EFF’s FOIA case in mind,” Mark Rumold, an EFF staff attorney, told me in an email.

“We’ve had Congress pass laws in response to our lawsuits before, but never in a FOIA lawsuit,” he added.

This is not the only time Congress has intervened in public records requests.

The American Civil Liberties Union sued the Department of Defense over a decade ago for photographs showing abuse and torture of detainees in U.S. overseas detention centers. In 2009, while the ACLU and DoD fought in court, Congress passed the Protected National Security Document Act, authorizing the DOD to withhold the photographs.

In 2009, after an appeals court had ordered the photographs disclosed, former Iraqi Prime Minister Nuri-al-Maliki “urged President Obama not to release them,” said Josh Bell, a strategist at the American Civil Liberties Union’s Center for Democracy Media.

The law passed. The Secretary of Defense can now temporarily deny disclosure if a case can be made that disclosure might somehow seriously endanger national security. Some photos were released in February 2016. Then, on January 18, 2017, U.S. District Judge Alvin Hellerstein said the government had not adequately shown how its threat assessment was made, concluding the Secretary of Defense’s method and standards for withholding must be explained. The lawsuit is ongoing.

There may be other cases, but establishing a causal link between a single FOIA request and a provision that appears to target that FOIA is difficult.

In 1998, the Center for Biological Diversity, an environmentalist nonprofit, sued for information that the Forest Service had collected on a rare bird. While the case was in federal district court, Congress passed the 1998 Parks Act, part of which states, “information concerning the nature and specific location of a National Park System resource which is endangered, threatened, or rare…may be withheld from the public in response to a request under FOIA.”

The request and response appears to fit the profile of the ACLU and EFF cases. The Center for Biological Diversity, however, does not believe that to be true.

“We don’t have reason to believe that it was a retaliatory measure to prevent disclosure of records specifically to the Center,” Margaret Townsend, an open government staff attorney at the center, told me.

There’s also the problem of discerning motive. It’s possible, though unlikely, that the ACLU and EFF’s FOIA lawsuits were collateral damage, where Congress unintentionally denied a FOIA request as an accidental cost of doing business.

This obscure process poses a problem for more than journalists and civil liberties nonprofits: it’s also a matter of judicial integrity.

In April 2016, when the United States Supreme Court ruled 6-2 that an Iranian bank must pay nearly $2 million to the victims of a terror attack, Supreme Court Chief Justice John Roberts dissented, arguing that Congress had overstepped its authority in passing a law that decided a case before the high court.

“No less than if it had passed a law saying ‘respondents win,’ Congress has decided this case by enacting a bespoke statute tailored to this case that resolves the parties’ specific legal disputes to guarantee respondents’ victory,” he wrote, as reported by CNN.

The law “violates the bedrock rule” that the “judicial power is vested in the judicial branch alone,” Roberts added.“The entire constitutional enterprise depends on there being such a line” between the legislative and judicial branches of government.

In 2011, the Sunshine in Government Initiative compiled data showing that federal agencies had invoked more than 240 statutes to withhold information from FOIA requesters. In reporting on the data, ProPublica, a nonprofit news outlet, noted, “for years such provisions could be easily slipped into legislation without notice.”

How many of those provisions were passed to disrupt pending FOIA requests is unclear, but my experience suggests there’s at least one.

Daniel DeFraia is a freelance journalist and American Studies PhD student at Boston University. Previously, he worked for the Committee to Protect Journalists and before that GlobalPost.