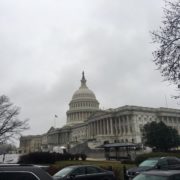 A judge can force a federal agency to comply with a Freedom of Information Act request. But, while the FOIA is pending, the agency can ask Congress to pass a law allowing it to withhold the requested information.

TOP NEWS: An analysis of federal campaign finance reports by the Washington Post found that 41 percent of the money raised... View Article

Freedom of information (FOI) is increasingly treated as a fundamental human right all over the globe, but not in Argentina, a G20 country and the third largest economy in Latin America that does not yet regulate access to information.

The German Federal Ministry of the Interior has sent a cease and desist order to the Freedom of Information (FOI) portal FragDenStaat.de for publishing a document received under the German federal FOI law.

On Wednesday the Sunlight Foundation joined with more than 40 other organizations to urge members of the conference committee on the Farm Bill to maintain public access to vital information about agricultural and livestock operations. Language included in the House passed version of the Farm Bill, which is serving as the basis for conference negotiations, would undermine the Freedom of Information Act (FOIA) and prevent the public from accessing information that might have a direct effect on their quality of life. Similar language was previously removed from the Senate version of the bill. The language, which is very broad and very vague, requires the government to withhold basic information about the location of livestock and agricultural operations. The language was intended to protect the privacy of small family farms, but it is so broad that it can be applied to large corporate operations. Furthermore, there are already strong exemptions in the FOIA for personal, private information that provide small farmers with protection. You can view the full text of the letter here, or by clicking below.

Kenya’s open data portal is floundering. Despite the excitement that surrounded its launch in July 2011, the portal has not been updated in eight months, has seen stagnant traffic, and is quickly losing its status as the symbolic leader of open government in Africa. For a number of reasons, the portal, which runs on a Socrata platform and can be viewed here, has not lived up to the often sky-high expectations of many onlookers.

First, government ministries have been reluctant to release data. Many observers expected that the launch of the portal would help eradicate the Kenyan government’s harmful culture of secrecy. The Official Secrets Act, a holdover from the colonial era that prevents government employees from sharing official information, has created a closed culture in government and has starved the portal of much needed information. Second, implementation of the new constitution has hamstrung government officials who are trying to adjust to new roles and identify new responsibilities, significantly reducing government officials’ ability to incorporate open data into their already overburdened workstreams. The new Kenyan constitution, which was overwhelmingly passed in a 2010 referendum, created a new devolved system of government. Large changes are still being implemented, and government officials are struggling to adjust. This inexhaustive list displays some of the large obstacles standing between the open data portal and the goals of a more transparent, accountable, and effective government. Despite these challenges, there is still hope that Kenya’s open data experiment can regain its footing and reestablish itself as an open government leader.