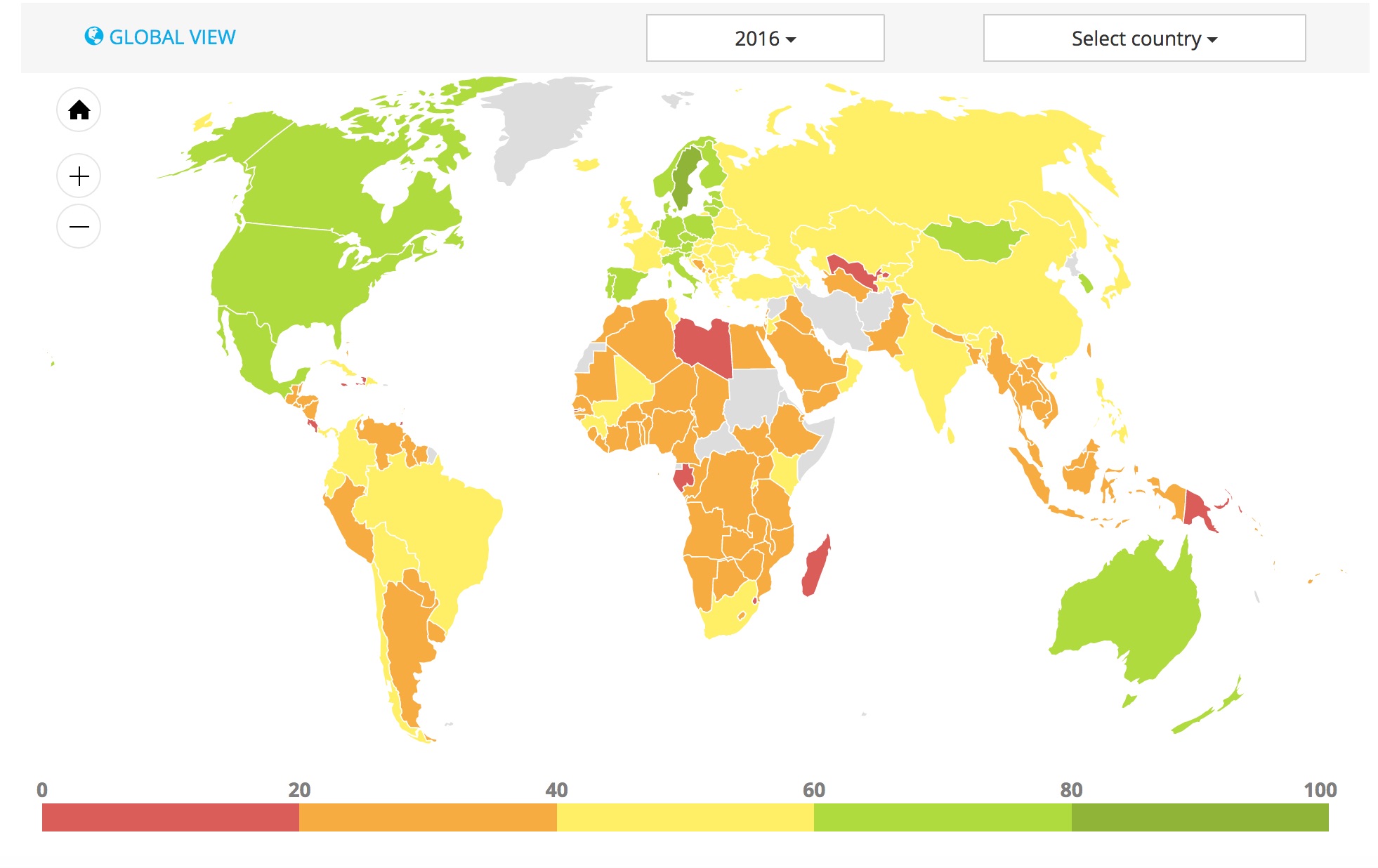 In January Open Data Watch updated their Open Data Inventory to reflect changes in 2016. The inventory “assesses the coverage and openness of official statistics” for nearly every country across the globe.

where is all the data going?

Congress is considering a bill that would block collection, storage or disclosure of GIS data about racial discrimination in access to affordable housing. (MeriTalk) Your organization can sign on to a letter opposing the legislation here.

Sunlight opposes this legislation specifically as well as any broader efforts to de-fund statistical agencies or limit public access to their work.

State of the states

Earlier this month Sunlight joined 48 other groups on a letter to the Department of Justice regarding its proposal for guidance on the Death in Custody Act, which could yield the “most accurate federal numbers on deaths in custody, disaggregated by race, ethnicity and other decedent demographics, to date.”

Sunlight particularly welcomes the Department of Justice’s desire to increase transparency and compliance the implementation of the Death in Custody Report Act. The DoJ has proposed that it will disclose information to the public each fiscal year “including the state plans, the number of deaths reported for each agency and facility, and data and circumstances surrounding these deaths.” We will hold the DoJ accountable for following through on its proposal, which adds much needed sunlight to what happens to people in the nation’s criminal justice system.

Open Data Day 2017 is coming up this Saturday, March 4th. 259 events are currently registered around the globe. Find one near you!